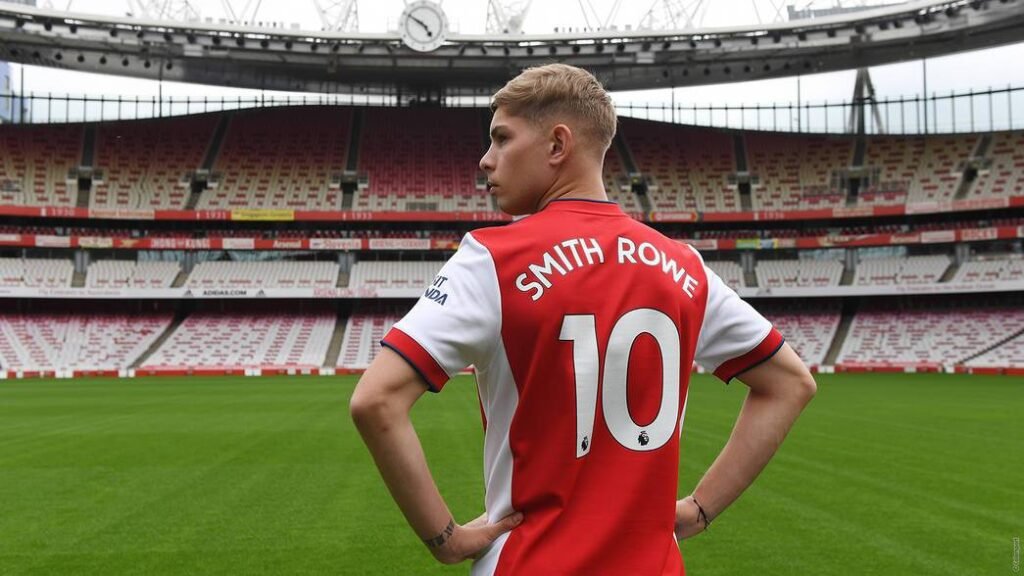 Leicester City, since their famed title win in 2016, have produced a number of top class players. They have made stars like Riyad Mahrez and Harry Maguire, and sold them off for huge profits. Maguire, for example, left relegated Hull City in 2015. The Sheffield born defender then signed for Manchester United from Leicester for a record £80 million deal.

Riyad Mahrez signed for Leicester from French minnows Le Havre in a £675k deal. A year later he was a Premier League champion, and was sold to Manchester City for £60 million. Leicester know how to mould young talent into stars, and sell them to top clubs for a massive windfall.

James Maddison is the latest in a long list of talents looking to leave the Foxes. Like Maguire, Kante and Mahrez before him, Maddison is seeking a move away from Leicester in order to win trophies (and raise his wages).

Arsenal are the likely destination for the England international. Rumours of a £60 million bid for the creative midfielder have surfaced from Arsenal, who look to bolster their ranks after a disappointing season. They finished 8th in the league, and scored on 55 times in 38 matches. This was the second lowest out of the top 10, only scoring more than Everton, whose struggles in attack were all but too apparent.

One area that can be attributed to the lack of goals is not just the strikers. While the likes of Pierre-Emrick Aubameyang and Alexander Lacazette are considered some of the best in the league, their goal tallies would have you fooled.

Their top scorer in all competitions was the Frenchman, Lacazette. He netted 17 times in 43 matches, almost a goal every 3 games. However, he only managed 13 goals in the league, with only 3 of them coming at the Emirates Stadium. Aubameyang and Nicholas Pepe, rounding out the front three, only managed 10 league goals each.

Comparing this to other top sides like Liverpool makes for worrying reading. Liverpool’s top scorer was Mohammad Salah, who netted 22 times in the league. The next three highest scorers shared 29 goals between them, with those 4 players almost outscoring the entire Arsenal side. Arsenal’s fourth highest scorer, England star Bukayo Saka, only netted 5. No other player managed more than 2.

The Problem at Arsenal?

So is the issue with Arsenal the strikers? I don’t think so.

Aubameyang has shown himself in the past few seasons to be a top striker, and the stats reflect that. He scored 22 times in each his previous two Premier League. With Arsenal’s well documented slump under Mikel Arteta, its clear to see why the goals have dried up. The Telegraph wrote at length about how the highly structured nature of Arteta’s side early on meant goals were sacrificed for more solid defensive structure. However, as the season progressed the Spaniard showed his willingness to adapt and allow his creative players to shine.

This led to somewhat of an overeliance on certain players creatively. The likes of Bukayo Saka excelled in the system, but Arteta’s lack of plan B and overeliance meant the Englishman was burnt out and targeted by opposition players.

Arsenal have lacked a real creative midfielder to have the play flow through since Mesut Ozil. The German left in controversial circumstances in January, but his boundless creativey in midfield, some argue, would have made up for his lack of work rate he was so chastised for.

This is where it comes back to Aubameyang. In the first three months of the Premier League season, he only 27 shots. These shots resulted in only 3 non-penalty goals. Over the course of the season he averaged only two shots per game. Mohammad Salah, on the over hand, took 3.4 shots per game over the course of the season. Salah took 70% more shots that the Arsenal man, and scoring 12 more league goals.

The answer is clear – Arsenal lack the creativity of a side like Liverpool, and Aubameyang cannot perform to his best without the creativy he needs behind it. In previous sides, he had the likes of Ozil, Ramsey and Reus feeding him chances. He is performing to his XG almost to the letter (0.3 under his predicted) so the only answer is Arsenal’s lack of creativity.

Emile Smith-Rowe is the latest young talent to come out of the Arsenal academy. He is a hard-working attacking midfielder, who’s work rate is more akin to a box-to-box midfielder than his predecessor Mesut Ozil. He is effective on the attack, often looking for the most progressive option when picking up the ball between the midfield and defence.

Smith-Rowe often utilised a heavy touch to take the ball past his opponent, moving into space and drawing defenders towards. This helps create space for his fellow attacking, like Aubameyang to run into. Aubameyang utilises his pace and movement into space to score goals, so will link up well with Smith-Rowe if played together for a prolonged period.

Comparing him to James Maddison provides for some interesting analysis. Last season, Maddison averaged 1.6 key passes per game. A key pass is defined as a pass that leads to shot on goal. Despite being hailed as one of the best creative midfielders in the league, Maddison averages on slightly more than Smith-Rowe. Smith-Rowe creates on average 1.4 key passes per game for Arsenal, whilst being less integral to his teams attack. He has also suffered being played out of position or coming off the bench. Smith-Rowe has not been a starter at Arsenal until the tail end of last season, and his stats are sure to improve with a full season under his belt. If he can show the creativity that he did at Huddersfield on loan, Smith-Rowe is sure to be the first name on the team sheet at Arsenal.

Smith-Rowe played almost 700 less minutes than his Leicester counterpart last season, but managed 4 assists to Maddison’s five. However, it should be noted than Jamie Vardy, Leicester’s main goal scorer, undershot his xG by almost 5 goals last season. Vardy scored 15 times in the league last season, but according to xG, he should have had 20.

Smith-Rowe is the younger of the two, and has recently been handed the number 10 jersey at the Emirates stadium. It has signalled clearly that Arteta intends him to be a big part of the starting line up for years to come. Signing another player who plays his permission would stunt his development, and seems like a pointless signing in the grand scheme of things.

Despite Maddison’s impressive performances and set piece ability, it would be a waste of one of the best young talents in England to sign him. Smith-Rowe has the potential to be a star for Arsenal for the next 15 years, and has a bright England future ahead of him.