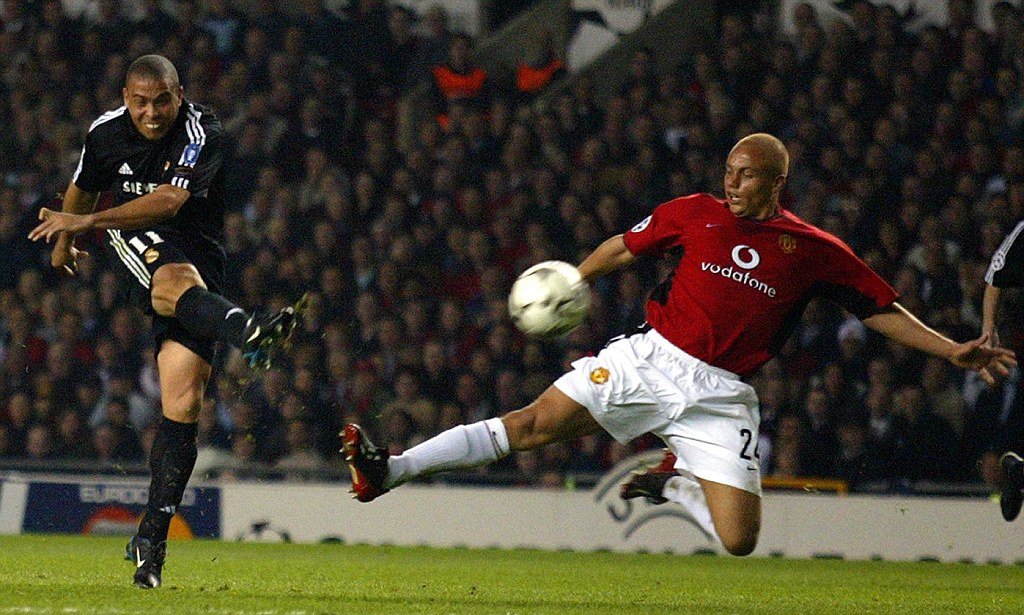 Manchester United vs Real Madrid in the Champions league is one of the matches for the ages.

The Champions League is the stage in which the finest footballing sides do battle, and this game between Sir Alex Ferguson’s Manchester United side and a Real Madrid side managed by Spain’s future World Cup winning manager, Vincente Del Bosque. The match was played under the bright lights of United’s home ground, the Old Trafford stadium in Manchester, as the famed Galactico’s Madrid team looked to retain the Champions league trophy they won the season prior, when French Talisman Zinedine Zidane scored THAT volley against Bayer Leverkusen in Scotland.

The term “Galácticos” was used to describe the Madrid team of the early 2000s, due to the number of high profile transfers made and the high transfer fees paid for perceived footballing Superstars. These included players like Brazilian Striker Ronaldo, signed in 2002 from Inter Milan, Luis Figo, who joined from rivals Barcelona (In interesting circumstances) and Zinedine Zidane for a record fee in 2001. These signings exemplified the Galácticos era, mainly attacking signings used to bolster the profile of the club as well as performance on the pitch.

The “Era” became possible under the presidency of Florentino Perez. He became President of the club in 2000, under the promise of an aggressive transfer policy signing worldwide superstars of football for high prices. This included the promise of signing Barcelona winger Luis Figo, whom Perez had a deal with him and his agent – If Perez won the presidency, Figo had to activate his release clause and sign for Madrid. If he did not win, then Figo would net around £1.7 million pounds from Perez. Figo and his agent saw it as a no brainer, as Perez had no chance of winning the election, but them and the whole world was shocked when the signing was complete and Figo was a Madridista.

The Madrid team had won the Champions league in 1998 and 2000, as well as La Liga in 2001, but before that had only won it once since 1990, in 1995, after cross-country rivals Barcelona’s 4 consecutive victories. The feeling amongst Perez supporters was that this new superstar buying policy could put Los Blancos back on their perch as the top team in Spain.

Manchester United were top of the Premier League coming into this fixture, with 3 points separating them and current holders, Arsenal. United had lost the title the season before, ending a 3 year streak as champions, to French manager Arsene Wenger, of Arsenal. Arsenal had won the league and cup double, and United had been keen to retake their crown, having made big money moves for players such as Diego Forlan, Ruud Van Nistelrooy and Juan Sebastien Veron in the summer. They had beaten Blackburn at home the previous week, Van Nistelrooy and Scholes scoring the goals in a 3-1 win.

Tension was amounting at United at the time, with superstar midfielder David Beckham and red nosed whisky loving knight Sir Alex Ferguson enjoying a tumultuous. The pair had a falling out amid growing concerns over Beckhams personal life, and after a poor performance in an FA Cup tie against title rivals Arsenal, Ferguson angrily kicked a boot at Beckham, which hit in the face, cutting him. From that moment, Beckham fell out of favour at United, and was halfway out the door. Later that year, he completed his move to Madrid for £24 million, himself becoming the Galáctico he sought to defeat in this tie.

Real Madrid ran out 3-1 winners in the first leg of the tie at the Santiago Bernabeu, with a Raul Double and a curler from Luis Figo putting Los Blancos ahead in the tie, although Netherlands International Ruud Van Nistelrooy scored a crucial away goal for the visitors, with a scrappy overhead kick, if you can imagine such a thing.

United only needed a 2 goal victory at home (Although away goals could come into play), but that was far from simple against this star studded Madrid team. Manchester United vs Real Madrid proved to be an exciting match for all fans. Which Asian Players have won the UEFA Champions League? 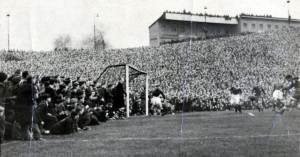