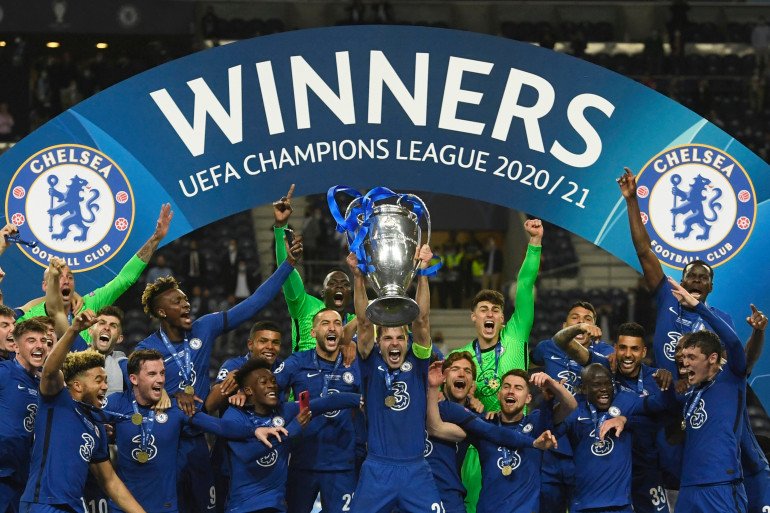 As two time Champions League winners, Chelsea are one of the biggest clubs in the world. Thomas Tuchel led them to the title this season, and the fans in the stadium and at home erupted in cheers. They are one of the most supported team in the world and have fans all the globe. They have supplied of the England team’s greatest players. But who are the most famous Chelsea fans in the world? There are some that maybe you weren’t aware were fans of the Blues.

The controversial host of Top Gear and The Grand Tour was born and raised in Doncaster, but spent a lifetime supporting Chelsea.

He has supported Chelsea his whole life, even admitting to being bullied at school for supporting the Blues. This took place in boarding school in the 70s, which he claimed “Toughened him up“

Clarkson has been spotted multiple times at Stamford Bridge, and was even spotted celebrating Chelsea’s 2021 Champions League victory with fellow fans in Portugal!

Since a Chelsea Tour of the USA in 2009, Will Ferrell has been enamoured with the club. The Comedian who made his name in hit films such as Anchorman and Stepbrothers, was pictured in the stands as Chelsea took on Inter Milan in Los Angeles.

Ferrell was invited onto the pitch before kick off, and was pictured with then-Chelsea Captain John Terry.

Will Ferrell has yet to make it to Stamford Bridge for a game. It is good for Chelsea that they have attracted such huge stars as fans all around the world.

The former President of the United States is one of the most high profile famous Chelsea fans in the world.

With former President Barack Obama reportedly being a fan of rivals West Ham, there’s surely to be some well meaning football banter in the White House reunions for years to come.

Lord Sebastian Coe made his name in athletics. He won the 1500m in the 1980 Olympics, and went on to politics. Coe was one of the driving forces behind the London 2020 bid. Coe became a Lord in response to his efforts.

He has supported Chelsea since the 1960s, according to his piece on the Chelsea website. He used to stand in the Shed End at Stamford Bridge, and writes at length about his stance of anti-racism at Chelsea.

Coe is regualrly seen at Stamford Bridge and is considered one of the greatest British athletes of all time.

The 6 foot 7 striker has been a fixture in English football for the past 20 years. Peter Crouch has played for top teams like Tottenham, Liverpool and the England Golden Generation side. The Next Peter Crouch could be on his way to Cardiff City, but the legend himself remains one of Chelsea’s biggest fans. (See what I did there?)

Crouch admitted on his podcast, “That Peter Crouch Podcast” that he was a boyhood Chelsea fan. He and his family attended Chelsea matches as a boy, and he featured as a ball boy at the age of ten.

He would later go on to claim he was a QPR fan, but those memories at Stamford Bridge as a child still remain.