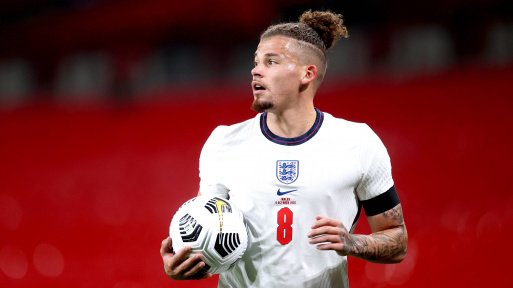 England defeated Croatia 1-0 in their opening EURO 2020 game, but one man caught the eye of everyone involved in football with his performance. Leeds United’s Kalvin Phillips.

Midfielder Kalvin Phillips impressed with his driving runs forward and tenacity in midfield, performing crucial tackles into the middle of the park for the Three Lions. Phillips was instrumental into turn defence into attack for England, and was many pundit and ex-footballers man of the match.

He was Man of the Match for England today. (Phillips) was superb for us from start to finish. He had an energy, he had a maturity, he had everything you need from a midfielder. The pass for the goal was superb and was protecting the back four at times

The Leeds United midfielder also grabbed an assist, setting up Manchester City’s Raheem Sterling for the winning goal with a clever run past 3 Croatian defenders, and slipped the ball through for Sterling to score. It was an assist worthy of his performance.

Kalvin Phillips would be a key player for United

His partnership with Declan Rice in midfield showed exactly Kalvin Phillips he would perfect to start for Manchester United.

He would compliment the high energy, high pressing Scott McTominay, both having the engine and tackling ability to work well in a high press together. He is happy having the ball with his feet and was cool under pressure when the world class Croatian midfield did press him.

With news that Paul Pogba could be on the way back to Juventus, Ole Gunner Solskjaer will be looking for a replacement for the World Cup winning Frenchman. Kalvin Phillips has shown he can perform at the top level in the world and stand out in a team of stars.

He has been a consistent performer for Leeds United this season, playing 29 matches this season and consistently topping the “Distance Covered” stats for Marcelo Bielsa’s side. His slick passing and solid defensive presence helped the Yorkshire side finish a Ninth place in the league, with a record points haul for a newly promoted side.

Manchester United fans have come out in force after the Kalvin Phillips performance at Wembley, showing their excitement over the midfielders potential move to United.

There could some issues of a player transferring to United from their rivals Leeds, but deals have been made in the past. Alan Smith moved to the Red Devils’ in 2004 from Leeds, while United Legend Rio Ferdinand was signed from Leeds for a record £30 million fee in July 2002.