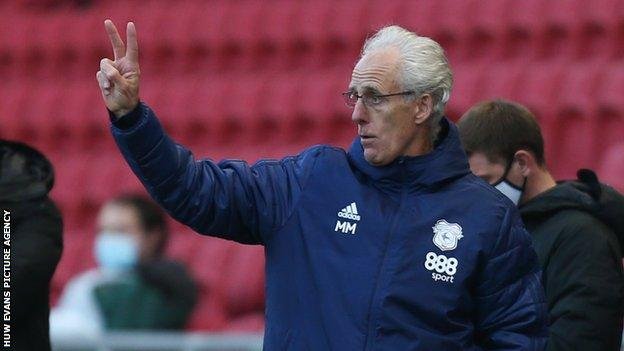 Cardiff City manager Mick McCarthy has confirmed that there wont be anymore transfers this summer, with no additions to his squad before the start of the season.

Despite transfer rumours of Gareth Bale to Cardiff City, the former Ireland manager seems keen to progress with his current squad into next season.

Cardiff have already brought Ryan Wintle, Mark McGuiness, James Collins and Ryan Giles, this summer. All low cost or free transfers to bolster the Cardiff City side that finished just outside the play offs last season.

When asked about any upcoming signings for Cardiff City, McCarthy was blunt in his answers to Wales Online.

“We’re not going to get any new faces in, to be honest with you.” He said, before adding. “I can’t see it happening.”

It is a tough pill to swallow for Cardiff City fans, who’s excitement has grown as odds have slashed for Wales hero Gareth Bale‘s move to the Cardiff City stadium. The Welshman has been quiet on his future, and looks set to leave Madrid after being denied a squad number for the upcoming season.

McCarthy also told Wales Online about how his squad is shaping up for the upcoming season.

“But when everybody’s fit, when we’ve got all our centre-backs fit, our wing-backs fit, with Tom Sang, Perry Ng. We’ve got five or six midfield players, Leandro Bacuna, needs to come back.”

“Tommo’s been playing and I thought he did well in the game. Then there’s Isaac Vassell, who’s not played for two years, he’s coming back. He needs to get the fitness first, the football will come.

“Josh Murphy’s been off, we need to get him back, Kieffer back, Rubin back, and that will assist us.

“I think when we’ve got everybody back, I think we’ve got a good squad.”