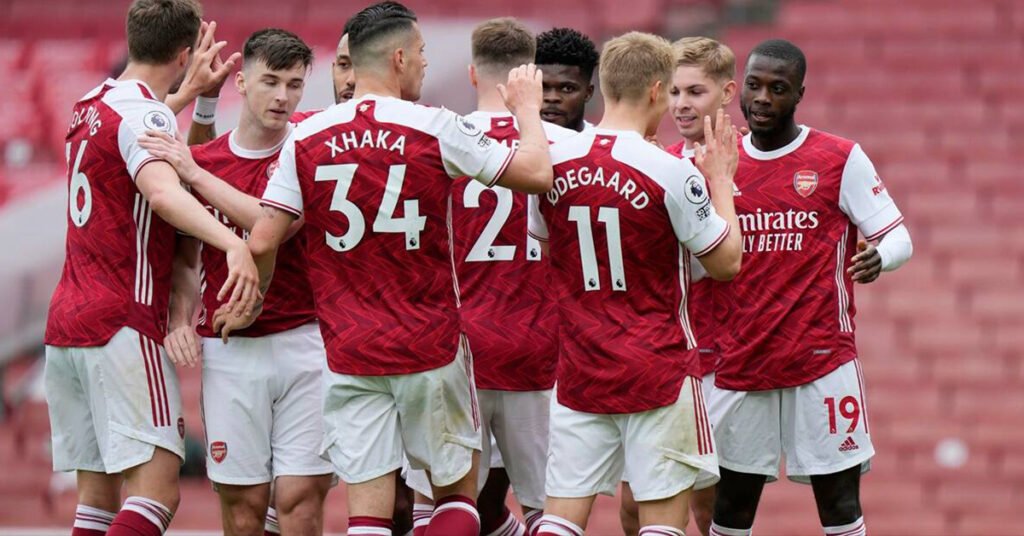 Arsenal are one of the most successful clubs in English football. Since the dawn of the football league, Arsenal have never spent a season outside the top tier. Under Arsene Wenger, they became one of best teams in the country, competing with Sir Alex Ferguson’s Manchester United. Arsenal even managed to end the 2003/04 season as undefeated champions, earning the title of the Invincibles. They were presented with a gold Premier League trophy for this feat, and it is one that has not been matches in Premier League history. The beautiful football under Arsene Wenger endeared the Gunners to a wide range of famous Arsenal fans around the globe and it the United Kingdom.

Here is a list of some of the most famous Arsenal fans in the world. From royalty, to Dictators, Rock n’ Roll legends and Rap icons, stars from all over have professed their love for the Arsenal.

First on this list is one of the most famous people in the world. The Queen, the longest reigning monarch in British history, has not been known as a lover of football, and like in politics has kept her views to herself.

However, former Labour leader and Arsenal fan Jeremy Corbyn confirmed that the Queen is in fact an Arsenal fan! While it has not been confirmed whether she has been knee sliding around the palace gardens in her Aubameyang kit, we simply cannot rule it out.

Her mother, who was known as The Queen Mother, was also reportedly a fan of the Gunners. Perhaps the support was passed down on to the generations, as Prince Harry is said to also be an Arsenal fan. Prince William, however, is known to be on the Aston Ville famous fans, as confirmed on the Peter Crouch Podcast

The infamous head of Al Qaeda was best known as the mind behind the 9/11 attacks in 2001. He was killed in 2011, but a little known fact is that Bin Laden was one of the famous, or infamous, Arsenal fans.

Bin Laden reportedly fell in love with the club during a recruitment mission in the UK in the mid 1990s. He was even allegedly in the clock end at Highbury, when Arsenal beat PSG in the Cup-Winners Cup Semi Final.

The famous Rolling Stones front man is reportedly been a fan of the Gunners for over 50 years. Mick Jagger is one of the most famous Arsenal fans, having fronted the famous rock band for nearly 60 years, and shows no signs of slowing down.

The Dartford born rocker has been visiting Arsenal for a number of years. He is reportedly a huge fan, with Arsene Wenger even saying he could a job as a goalkeeper due to his agility.

Jagger has been pictured at the Emirates with a number of famous Arsenal fans. These include former United States President Bill Clinton, who is one of the famous Chelsea fans mentioned in our previous article.

The “Waterworld” actor in a famous American actor, but also a famous Arsenal fan. The actor, who starred with Whitney Houston in “The Bodyguard”, revealed a he became a fan of the Arsenal when he was in the UK filming the critically panned “Robin Hood” movie.

“My first introduction to English football was in 1990 when I was over here making Robin Hood and I got invited to an Arsenal game. Having watched sports all my life in America, there was no comparison in terms of the emotion that was in the stadium that day. And I really never forgot it.”

He has been seen at multiple Arsenal games, even being allowed onto the pitch pre and post match.

Famous rapper Jay Z is a big fan of Arsenal, and he owes his fandom to Gunners legend Thierry Henry.

The husband of Beyonce was even interested in buying shares in the club a few years ago. He wanted to be active on the club board and making decisions to help run the club. For whatever reason, the deal fell through as of yet he does not own any shares in the football club.

That concludes the list of famous Arsenal fans. If you want check out more lists of famous football fans, check these out below!

2. Famous Manchester City Fans – However, it’s not just Oasis on this list!

4. Famous Liverpool Fans – From the Beatles all the way to the present