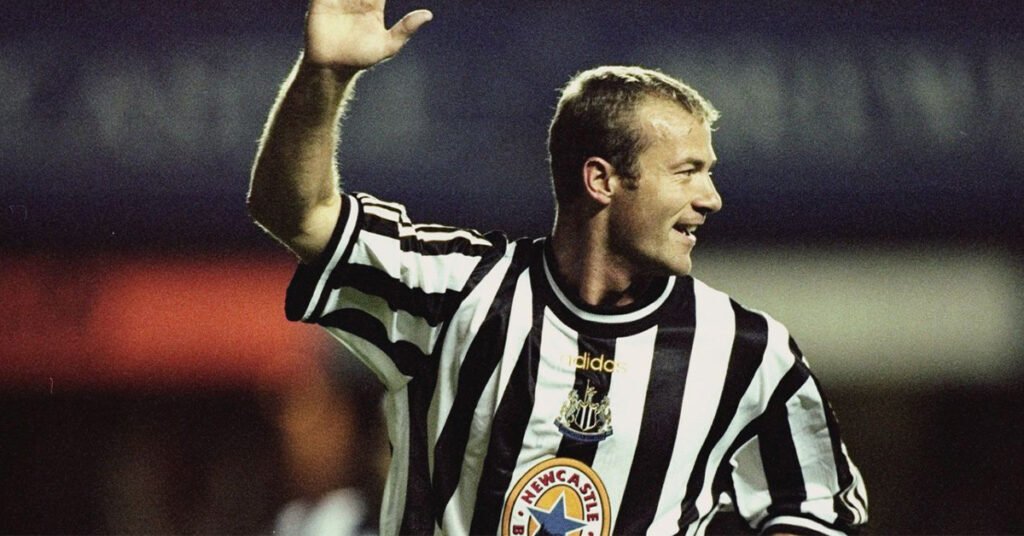 Newcastle United have been in the news a lot recently. Former boss Mike Ashley has finally sold the club, with a Saudi investment group buying the club. The £300 million deal for Newcastle United now means that they are one of the richest clubs in the world. With their owners boating a wealth of £300 billion, they are richer than every other Premier League owner combined. With their newfound riches, it is certain that more famous Newcastle United fans will come out of the woodwork and down to St James Park.

However, some celebrities have been fans of the Magpies through the good times and bad. Famous singers, politicians and Olympians can all lay claim to being the most famous fans of Newcastle United.

Here are five of the biggest famous fans of Newcastle United, who you may not have known supported the Magpies! With a number of big potential Newcastle transfers there is definitely room for even more celebrity fans in the future.

By the way, Ant and Dec are not on this list. EVERYONE knows they love Newcastle United!

The former Prime Minister is a big fan of Newcastle United, despite being born in Edinburgh in Scotland. Tony Blair served as Labour leader for 13 years, with 10 of them in number 10 Downing Street at the Prime Minister. Despite his Scottish family, who moved to Australia when he was only 18 months, he has been a fan of Newcastle his entire life.

Blair has claimed to be a fan of Newcastle United, but is not known to be a huge football fan. He referenced seeing Jackie Milburn, a Newcastle legend, play at St James Park. He credited the striker, who scored 201 times for the Magpies in a 14 year spell, as starting his love for Newcastle United.

Tony Blair does not travel to St James Park often, but with the new billionaire owners in tow, he may just reconsider. He remains one of the most famous fans of Newcastle United, if you believe his stories.

Despite their origins as an Australian rock band, the addition of Geordie singer Brian Jonson helped launch AC/DC into the stratosphere. However, despite his legendary musical status, he still remains a proud fan of Newcastle United and one of the clubs most famous supports.

Johnson was brought up in Dunston, County Durham. Because of this, he supported his local side, Newcastle United, and has followed them ever since. He is known as one of the most loyal celebrity fans, never wavering in his support and even wearing a Newcastle United shirt on stage multiple times.

Brian Johnson even had a role as a Newcastle fan in the hit film Goal!. He appeared as a fan in a bar in LA, watching Newcastle and their new star, Santiago Munez, playing in the Premier League. You don’t get more famous fans than getting to play a fan of Newcastle United in a movie!

Despite being born and raised in Yorkshire, Brian Blessed in of Newcastle United’s most famous English fans. The actor is most famous for his Shakespearian roles, with his booming voice a trademark of his performance. Worldwide, his role in the cult classic “Flash Gordon” made him a star, with his catchphrase “Gordon’s Alive!” still recognisable to this day.

Despite long moving away from his hometown and stopping holidaying in Newbiggin, he has retain his love for Newcastle United along his long and storied career.

“The Police” signer Sting is one of the most famous men to come from Newcastle, and remains one of the clubs most famous fans. Sting grew up in Newcastle, with his father working at the shipyards. He claims that the Queen mother waving at him from a car in the shipyard is what inspired him to shoot for fame and fortune.

In 2009, Sting was part of a supporter led campaign protesting Mike Ashley’s plan to sell the naming rights to the Newcastle United stadium. Ashley did change the name from St James Park to the Sports Direct Arena. This change was later reverted. He also claimed his Newcastle United hero was Bobby Moncur, the captain of Newcastle when Sting was growing up.

Sting even wrote a song in support of his hometown club. The song was entitled “Black and White Army (Bringing The Pride Back Home)“. It was written for the clubs 1998 FA Cup campaign, in which the team lost in the final.

Despite representing Wales in gymnastics, Gabby Logan has declared herself a huge famous fan of Newcastle United. The former rhythmic gymnast has since become one of the most famous presenters in sports in the UK. She has supported Newcastle United ever since her time in University in Durham, where she fell in love with the club.