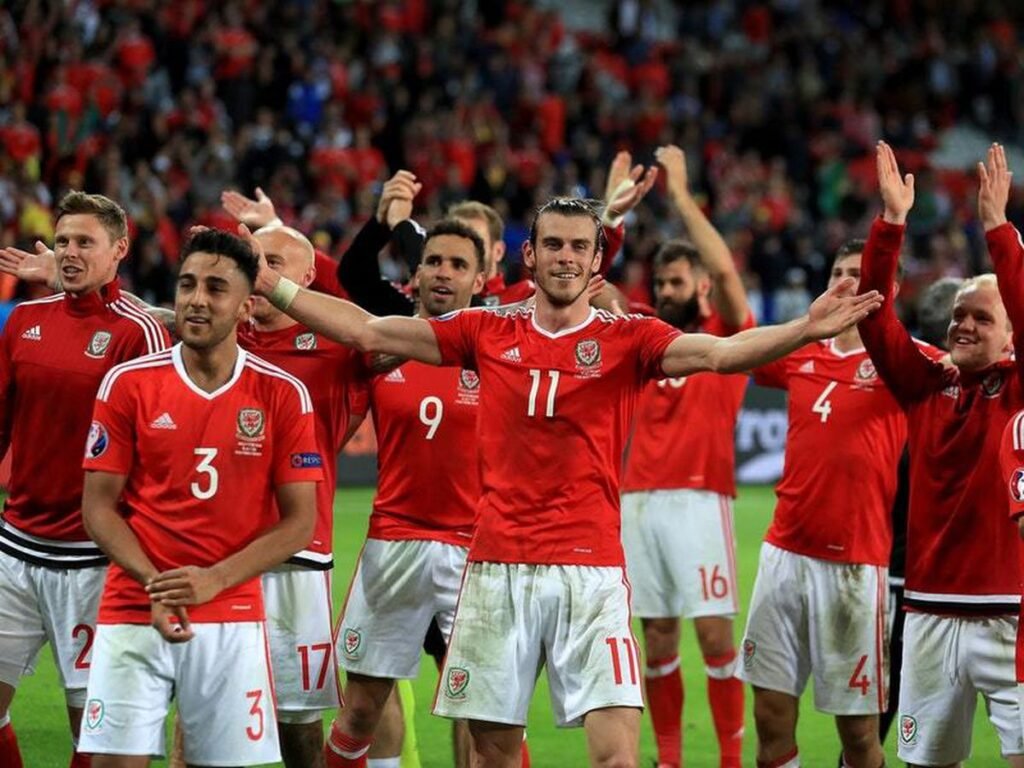 The players dipped their heads and sullen faces filled the stadium (or at least they would have, had Wales been allowed any fans). Anger was targeted toward Daniel Siebert, who’s poor decision making in the match culminated in an unjust red card for Cardiff City’s loanee star Harry Wilson. The players had all but given up once Dolberg struck his second goal just after half time, and by the fourth they were angry, lost and destroyed.

Questions have to be asked about stand-in manager Rob Page. The Welshman took over from Ryan Giggs, who was suspended until his upcoming court case is decided amid domestic abuse charges. Page didn’t have the best preparation, being thrust in charge of the Euro 2016 semi-finalist with mere months to get his side ready. He will always be thanked by the nation for leading his team through a difficult group, featuring Italy, Turkey and Switzerland, but the way he handled our losses is why he is not the man to lead Y Dreigiau forward.

Rob Page performed admirably in Euro 2020 with the team at his disposal. With a midfield duo that were stuck on the bench at Stoke (Joe Allen) and Luton (Joe Morrell), few would have expected Wales to play like peak Barcelona. The pair performed inconsistently, and continuously failed to beat the high press, giving the ball away at any opportunity as they became smothered by opposition players. Morrell particularly showed himself up against Italy and Denmark, as his lack of composure under pressure cost Wales dearly. Nobody in the Wales midfield or defence could find any of the attackers, with Gareth Bale needed to drop deep between the duo to see any time on the ball.

This leads on to another of Page’s biggest faults; the inability to change with the game.

Against Denmark, their coach Kasper Hjulmand saw that in the first team minutes, Wales were getting the forward between the lines into our forwards. He countered this by deploying Chelsea’s Anders Christensen in a defensive midfield role, cutting out the forward pass and nullifying the Wales attack. Page’s response to this? Resign himself to defeat, as he had been outclassed tactically. His failure to make changes during a game and react to a changing situation is crucial in management, and the lack of a plan B meant that the round of 16 was overachievement.

Christensen completely nullified the Wales attack. Allen and Morrell were heavily susceptible to the high press, and they were rushed onto so fast by the Danish team that they were either tackled, or passed the ball straight to a Danish player, setting up the counter attack. Page should have had Ramsey drop deeper to collect the ball, or employed the 6 foot 5 giant Kieffer Moore up front as a target for long balls to be hit towards. He should have abandoned the short, useless passing that Giggs brought into the Wales team, and kept it tight and tried to nick a goal at 1-0.

Page’s lack of substitutes at crucial times was also an unforgivable sin. It started quite unusually, hooking Daniel James off after terrorising the Swiss defence and setting Kieffer Moore up for the equaliser in the opening game. In the next game, he didn’t make a change until 75 minutes in, substituting Joe Allen for Ethan Ampadu, as Turkey started getting back into the game. It was a smart move, but one that would have been more effective 15 minutes earlier. Allen’s legs were weary and the young Turkish side were running rings around him on the hour.

He also neglected to substitute Kieffer Moore, who had a good game but his giant frame and aerial presence was not what Wales required. Tyler Roberts was chomping at the bit to come on, and his intense pressing energy would have done wonders to pressurise the advancing Turkish forces. Daniel James had been run ragged, and by 70 minutes in he had run his little socks off. He was begging to be taken off, but wasn’t removed until the 94th minute for Neco Williams. Game managed is clearly an issue Page struggled with, and nothing in him convinced me he’s the man to take Y Dreigiau forward.

The qualifying group is difficult. Only one team in the group advances to the World Cup. Second place advances to the play offs. We have one of the best teams in the world, Belgium, in the group, and they have already taken three points from Wales in Belgium. The group also contains the Czech Republic, who qualified for Euro 2020, and Estonia and Belarus, both similar sized countries to Wales. In previous years under the likes of John Toshack, we’d have written Wales off and planned for Euro 2024 in Germany.

However, this World Cup in Qatar looks to be the final chance of Wales’ so called “Golden Generation” to represent their country, not on the European stage, but the World stage.

Mark Hughes has been out of a job since being sacked by Southampton in 2018. He previously impressed as Wales boss between 1999 and 2004, narrowly missing out on qualifying for Euro 2004, thanks to a play off defeat to Russia at the Millennium Stadium. Hughes would be welcomed back by Wales fans, being a popular figure all over his career. Questions would be asked about his performances at Southampton, and if three years out of the game is too long for the former Manchester United forward, but Hughes has shown he has the qualities of a Premier League manager, something Wales have lacked in recent times.

Craig Bellamy is another name considered for the role. The former Liverpool and Manchester City forward was one of the front runners for the job when Chris Coleman left his post, although Ryan Giggs was chosen as the next Wales manager that day. Bellamy reportedly impressed in his interview the FAW prior to Giggs appointment, and was a popular choice for the job, especially among Cardiff City fans. Bellamy has been plying his trade as an Under 21 manager for Belgian side Anderlecht, after being sacked by Cardiff City due to allegations of bullying. Due to his controversial past, such as the famous ‘Golf club‘ incident with former team mate John Arne Riise, Bellamy may be too much of a liability for the FAW to consider.

Osian Roberts is an outside name to take over from Ryan Giggs. The former midfielder was assistant manager under Coleman and Giggs, before leaving to serve as the Technical Director for Morocco in 2019. He was described in the past as “The most influential man in Welsh Football” in his role as technical director of Welsh football, and was interested in taking over from Chris Coleman in 2018. Roberts would be a decent choice as the new boss, having worked with the previous coaches and being a key component of the Euro 2016 success for Wales. However, he has admitted he has “fallen in love” with Morocco to BBC Sport, so it may be tricky to lure him away from his new role in African football.