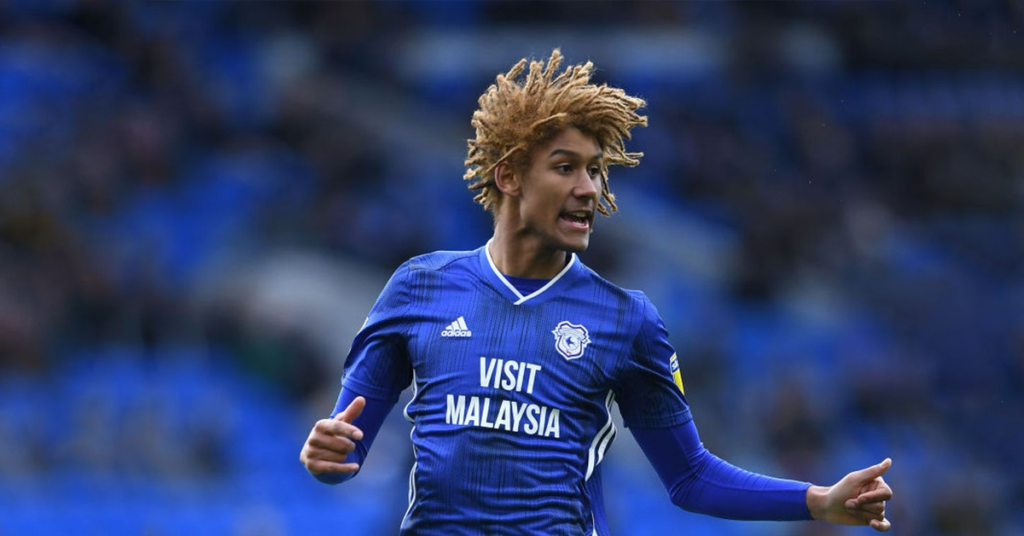 Cardiff City’s have tabled a bid to sign Dion Sanderson on loan for a second season from Wolverhampton Wanderers. The young Wolves star spent 6 months on loan at the Cardiff City Stadium in 2020, and spent 2021 on loan at League One side Sunderland.

Sanderson impressed with the Black Cats in League One. He played 26 times as Sunderland finished fourth in the table. They went out of the play offs at the first hurdle, losing 3-2 on aggregate to Lincoln City. According to Wales Online, many clubs are after his signature.

Dion Sanderson had a decent spell at Sunderland, scoring the first goal of his career with a header against Rochdale. He missed the back end of the season, suffering from a back injury that ruled him out from April.

The Wolves right back is looking to fetch £1.5 million, with Newcastle tabling a bid for the future star. Cardiff City want to sign the right back on loan, having missed out on him again last season. They instead opted for Arsenal youngster Jordi Osei-Tutu, and signed Perry Ng in January 2021.

Cardiff City are unlikely to part ways with £1.5 million pounds for the Wolves star

Sunderland have been rumoured to have placed a £1 million bid for the English youngster, with cross town rivals Newcastle favourites to sign him. With the emergence of youngster Tom Sang, Cardiff City are unlikely to break their budget to sign the Wolves star.

Birmingham City, Luton Town and Millwall are all keeping tabs on the youngster, waiting to pounce if the deal collapses.

Cardiff City will need to preserve their modest transfer budget if they are to complete some of the deals they are rumoured to be doing this summer.

Gareth Bale is favourite to join the Bluebirds this summer. Free agent Robbie Brady has also been linked. Ryan Wintle has just joined on a free transfer from Crewe Alexandre also. It remains to be seen how many more deals will be made.