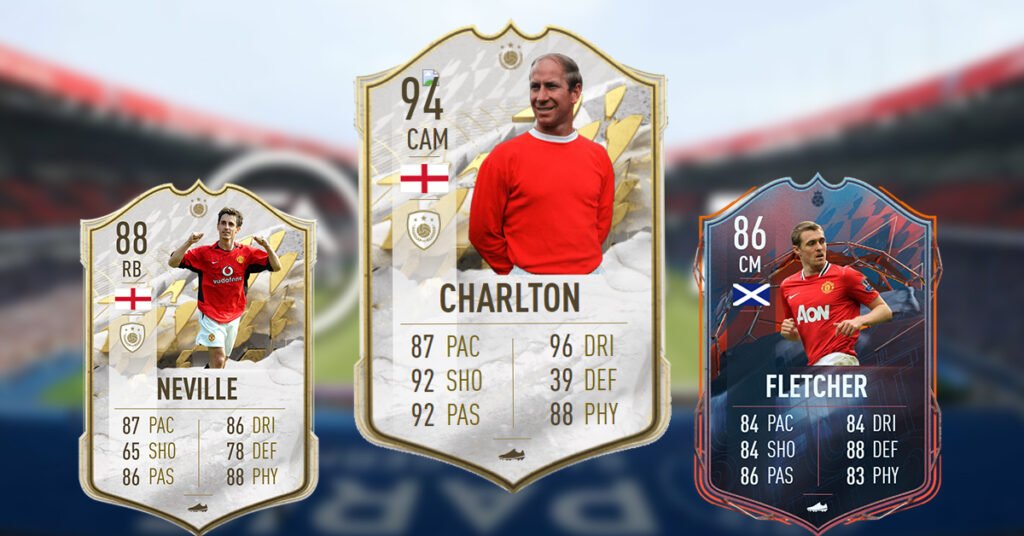 Which Man United FIFA 23 Icons do you want to see added to the game?

While FIFA 22 is not lacking in Manchester United icons, with the likes of Ryan Giggs, Paul Scholes, Eric Cantona and George Best some of the inclusions in the game, FIFA 23 will surely be looking toward one of the biggest clubs in the world to add to their impressive collection of some of the biggest legends of the game.

With Maradona not in FIFA 23, EA Sports will be looking for brand new stars to take over and impress the fans with their shiny new icon cards. And where better to look for these legendary players than the biggest and most supported club in the world, Manchester United.

Ole Gunner Solsjkaer was added as a FUT Hero card in FIFA 23, and there may be many others included like Darren Fletcher, but the FIFA 23 Manchester United icons will feature some of the most iconic Manchester United players to ever play for the Red Devils and their respective home countries.

We have written extensively about why Bobby Charlton should be one of FIFA 23’s new icons, but so much more could be said about how the England world cup winner should be included in the game.

All we will say is to leave out Manchester United and England’s second top scorer of all time (Both records were taken over by Wayne Rooney) does a huge diservise to man Knight of the Realm himself.

Sir Bobby Charlton, a European Cup, FIFA World Cup and Balon D’or winner, would immediately be one of the most sought after cards with his fantastic pace, physicality and powerful shot, mixed with his famous two-footedness, being perfect for the FIFA 23 metagame.

Formerly a “Legend” in FIFA’s prior to FIFA 18, Gary Neville would be one of the last pieces of the English puzzle for Manchester United Icons, and English Icons, in FIFA 23.

The right back was a mainstay for England and Man United for nearly 20 years and amassed a trophy cabinet that most clubs across the world would be jealous of.

He would link up perfectly with David Beckham, who made his debut in FIFA 21, and would finally give players an English right back to link up with Beckham down the right hand side, just as the pair did for Manchester United in the 1999 Treble winning season.

His rating would likely be higher, at least for his prime card, than his FIFA 16 card which had an 86 rating.

“Three-Lung Park” as he was christened by Manchester United fans due to his incredible fitness, Korean legend Ji-Sung Park has done everything in the game to earn himself an Icon card in FIFA 23.

The former Manchester United midfielder came to prominence during the 2002 World Cup, where he and his teammates made it to the Semi-Finals of the World Cup, a first for an Asian team in World Cup History. This earned him moves to PSV and Manchester United where he stamped his mark on the European game.

Under Sir Alex Ferguson, the Manchester United icon won four Premier League titles and was a vital part of the star studded team. He was consistently selected by the manager for big games due to his consistency and work rate and should be honoured by an icon card in FIFA 23.

Widely regarded as “The best defender never to play for England”, Steve Bruce would an excellent addition to the FIFA 23 Manchester United Icon roster.

Know for his stellar defensive work and leadership ability, Steve Bruce captained Manchester United to their first Premier League title in 1992 and was the favoured Centre Half of Sir Alex Ferguson.

What makes Bruce unique is his goal scoring ability. He scored 19 times in the 1991 season, a figure that most strikers would be happy with, let alone a defender. He has received bad press in recent times due to his run managing Newcastle United, but he would be an excellent addition to FIFA 23.

What do you think of the FIFA 23 Manchester United Icons? Let us know what you think or click below to read about the new FIFA 23 FUT Hero cards 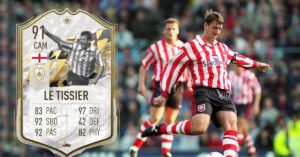 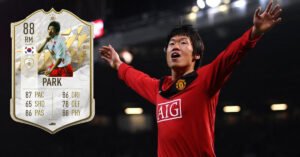 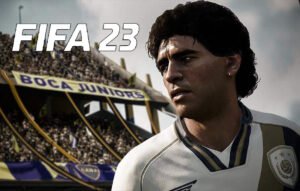 Will Diego Maradona be in FIFA 23 Ultimate Team?