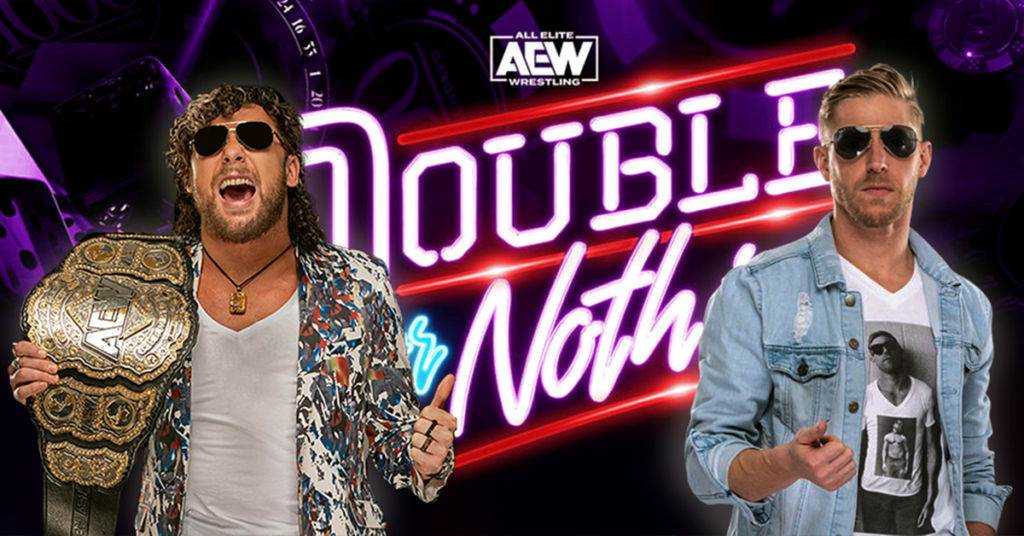 With the historic Blood and Guts in the bag, AEW are gearing up for their next big Event in just 3 weeks – AEW Double or Nothing 2021! Double or Nothing has quickly become one of AEW’s biggest shows, showcasing some huge matchups over the last 2 years, such as last years Stadium Stampede and 2019’s Dustin vs Cody & Kenny Omega vs Chris Jericho. 2021’s edition is looking to be another huge show, with only one match confirmed so far, and one to be confirmed this Wednesday on Dynamite, we’ll take a look at some match ups that could be made for AEW Double or Nothing in the coming weeks.

A huge announcement was made on Wednesday at Blood and Guts – The top two ranking wrestlers, Orange Cassidy and PAC, would face off in a match to decide who would face the AEW Champion Kenny Omega in the main event of Double or Nothing.

PAC has already faced off with Omega numerous times, including a Light Out Unsanctioned match on Dynamite and a classic Iron Man match that took both men to the limit, in which Omega came out victorious.

Meanwhile, Cassidy is one of the top stars in AEW, having some of biggest selling T Shirts and having some of the highest rated segments in the promotion. He has yet to be pinned cleanly, and has had high profile matches against the likes of Chris Jericho, Cody Rhodes and PAC himself, whom he faced in an absolute classic match at AEW Revolution 2020.

I think that Orange Cassidy will win the match on Dynamite. PAC won the last encounter due to help from the Lucha Brothers, and I think they dare’nt do the same finish between the two, and with Orange Cassidy being a face, makes a more natural dynamic between himself and the heel Omega

Prediction – Omega wins via One Winged Angel after being bamboozled by Cassidy’s lack of effort.

The only match currently announced for the show, AEW’s longest reigning champion Hikaru Shida is taking on one of the biggest stars not only in the AEW women’s division, but in All Elite Wrestling alltogether.

Ever since her leg injury last May, Baker has excelled as a top heel in the company, berating her Best Friend Tony Schiavone whenever she gets the opportunity, and bossing around her assistant Reba. Her ring work has come along leaps and bounds also, with all this culminating in an excellent Dynamite main event where she took on Mexican star Thunder Rosa in an Unsanctioned match, in which she lost in one of the best AEW matches of all time.

Hikaru Shida has, in my opinion, disappointed in her title reign, with her lack of prescience of television and lack of promo ability really putting a dampener on a reign which has featured some great matches against the likes of Tay Conti and Nyla Rose.

The duo’s clash is sure to be a highlight in the AEW Women’s division, with this title match sure to be an absolute barn burner between two top stars.

Ever since the Exploding Barbwire Deathmatch at AEW Revolution, Jon Moxley and Eddie Kingston have been looking more and more like a team as the weeks went by. The Young Bucks, however, have turned into obnoxious, annoying heels, rather than the obnoxious annoying faces they were before. They have antagonised Moxley and Kingston, along with fellow Elite members Karl Anderson, Luke Gallows and Kenny Omega, and have sown the seeds for a tag team title feud over the last few weeks.

Young Bucks, however, still have other things to deal with before DoN. SCU are the number one contenders for the AEW Tag Team Championships, and have put a interesting stipulation upon themselves – If they lose any tag team matches, they will disband as a team. Their tag team title opportunity is coming up on this Wednesday’s AEW Dynamite, so this match could be put off for the future, or even make Mox and Kingston vs the Bucks a non title bout.

Tags: AEW Double or Nothing