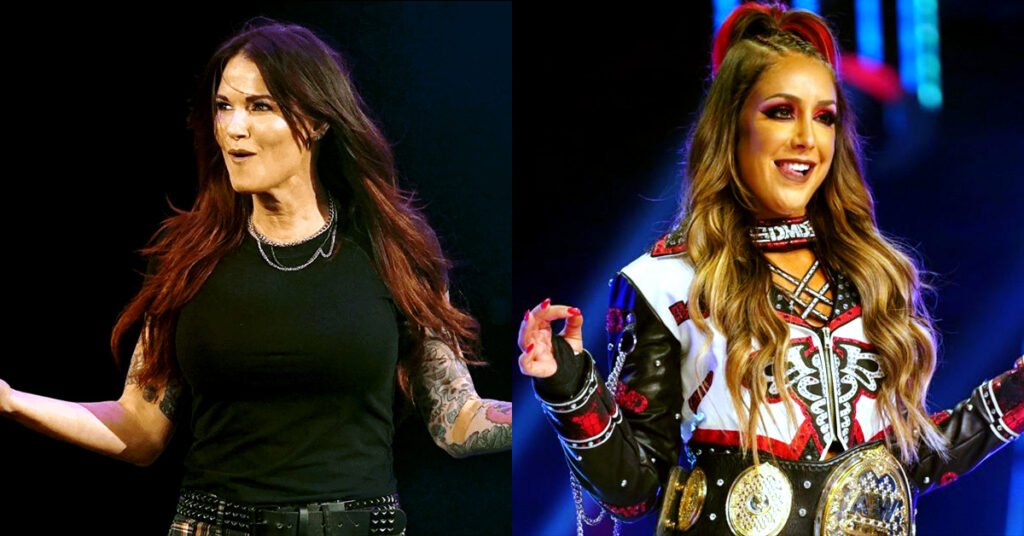 WWE Hall of Famer Lita has recently re-signed with WWE and is set to appear in the 2022 Royal Rumble. However, it has been revealed by Fightful that the former WWE Women’s Champion was in contact with AEW’s Tony Khan, and talks began about a contract to sign with AEW full time.

Lita was pencilled in to face AEW Women’s Champion Britt Baker. Britt Baker vs Lita was scheduled to take place at All Out 2021. However, the deal fell through and AEW and Lita were unable to come to terms with a deal to sign the former “Team Extreme” member. Instead, Britt Baker retained her championship against Kris Statlander in a brilliant match at All Out 2021.

Lita’s last singles match in WWE was at the 1000th episode of Monday Night Raw. She returned along with other legends for a quick match against Health Slater. She won the match after a moonsault, and help from the APA (JBL and Ron Simmons).

Her next appearance was in the 2017 Royal Rumble. She took part in the first ever women’s Royal Rumble which was eventually won by Japanese superstar Asuka. She impressed in that match, and is part of the reason WWE is bringing her back for the 2022 edition of the match.

Lita appeared on Friday’s SmackDown for the first time in nearly 20 years, laying out Charlotte Flair with a Twist of Fate. Charlotte interrupted Lita’s promo after many years out of WWE, and looks like it could be setting up a feud between the two at Wrestlemania. Charlotte has already declared herself in the Royal Rumble, despite being the WWE Smackdown Women’s champion.