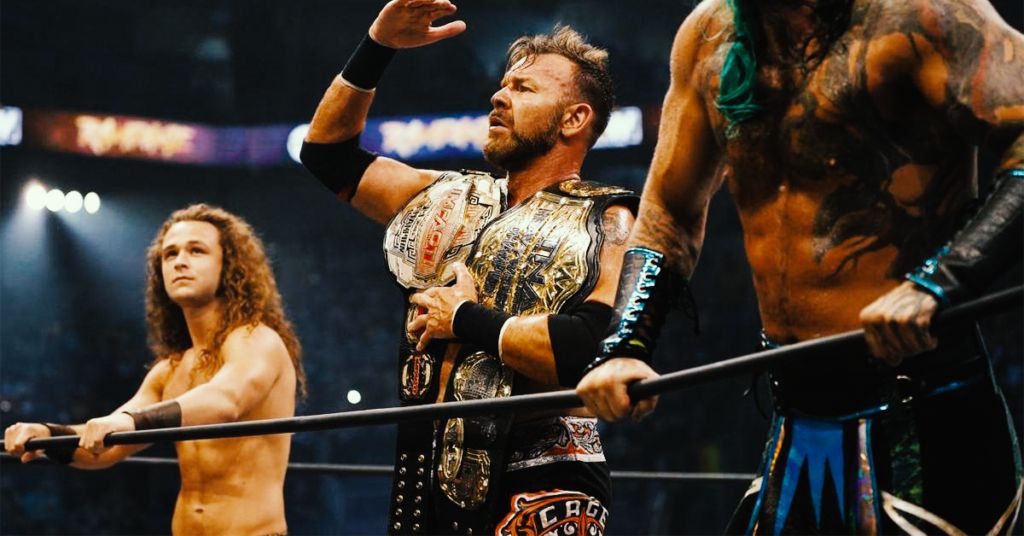 Christian Cage shocked fans everywhere when he defeated Kenny Omega on the first episode of AEW Rampage. In doing so, he became the TNA & Impact World Heavyweight Champion for the first time since leaving TNA in 2008. He became the first man to have held the NWA, TNA and Impact World Championships and the first man to beat Omega since he and Nakazawa lost to Eddie Kingston and Jon Moxley at AEW Blood and Guts. In this article I will be articling Christian Cage world championship victories.

Christian Cage has had a storied career, in which he can claim to be a five time World Heavyweight Champion. He has held gold in WWE and TNA, and won his latest world Championship on an AEW television show. Even at aged 47, he has shown that he can still go with the best of them and has a lot to offer.

Here are Christian Cage World Championship victories as of 2021, from the earliest World Title win in TNA to his victory over Kenny Omega on AEW Rampage.

*Note* This article will NOT be considering his run as ECW Champion as a “World Championship”. Whilst it was considered as such after the 2007 Royal Rumble, when the Undertaker had the option of challenging then champion Bobby Lashley at Wrestlemania, it has since be reclassified as NOT a World Championship. Yes, I too am disappointed that we don’t have former World Champion Ezekial Jackson.

In 2005, Christian left the WWE, letting his contract expire and walking away as a free agent. He had spent years toiling away, trying to make it to the top of WWE. Unfortunately, Vince McMahon didn’t see Christian as a main event talent, and did not think he was World Championship material.

He left WWE and signed for TNA in 2005, and instantly became on of their biggest stars. The name “instant classic” came to describe both his impact on TNA and the matches he had on the show.

Wrestling under the name Christian Cage, he was one of the top stars in TNA, which included the likes of Jeff Jarrett, Kurt Angle, AJ Styles and Samoa Joe.

Christian took part in great matches with all these men and more, and is remembered for his excellent 3 year stint in TNA to this very day. It would take Cage less than a year to win his first World Championship in TNA.

At TNA Against All Odds 2006, he defeated long time Champion Jeff Jarrett for the NWA World Heavyweight Championship. Jarrett been holding the belt hostage in a reign of terror to rival even that of Triple H. The fans were relieved to see the belt off of the former WCW Champion and onto a fan favourite who truly deserved it.