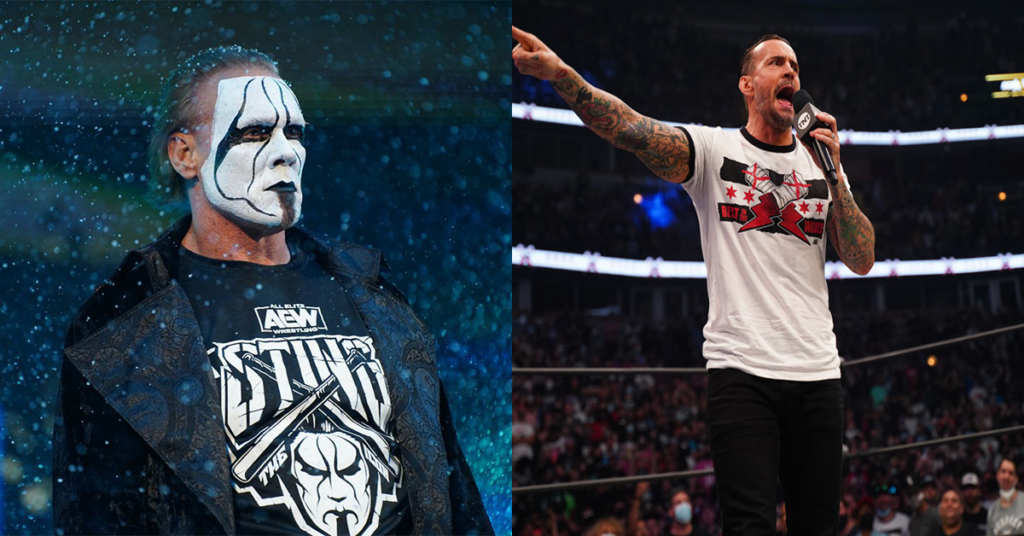 CM Punk wrestled his match in over seven years at All Out this month. He defeated Darby Allin, the young star in AEW who has been hailed as the future of AEW, and “The Next Jeff Hardy” by people all over the world. Punk’s return helped garner AEW’ s biggest buy rate of all time, even bigger than WCW’s in 1999. Both men pulled out a great yet unexpected match. A slower paced, more nuanced match that paid homage to Bret Hart vs the 123 Kid match of the past. But with the victory in the bag, fans have begged the question whether AEW would book CM Punk vs the Icon, Sting. They are asking would they, but should they?

CM Punk’s last match against a legend in wrestling was also against the Undertaker. His match at Wrestlemania 29 was incredible, and I’d argue the Undertaker’s last great match. After Wrestlemania 29, he never had the right opponent to make him look great (sans AJ Styles, who he faced in a cinematic “Boneyard” match). He faced mainly bigger wrestlers, like Bray Wyatt, Roman Reigns, Brock Lesnar and Bill Goldberg. CM Punk worked like a madman in their match, working at a incredible pace to keep the Deadman on his toes. He had a crazed look in his eye, and made you believe that he was going to beat The Undertaker at Wrestlemania.

Can they still go?

CM Punk may be nearly 10 years older, and have some ring rust after 7 years out of the ring. But he can still put a great match. His bout against Darby Allin proved that he can still go, albeit with a much different style. He had a slower, more methodical match, which would be a lot better suited to Sting at this age.

Sting is 62 years old, which makes him one of the oldest wrestlers in the world. He has wrestled for nearly 40 years, and is nearly 40 years older than his partner Darby Allin. He has wrestled three times in AEW, all of them being tag team matches. This allowed Darby Allin to do most of the work, and let Sting run in and perform the comeback to win the match. This limited his time in the ring, and more importantly limited the bumps he takes. Even the biggest bumps like a powerbomb through a table were done safely, with two men controlling his fall for the powerbomb.

The issue with putting Sting in a singles match his obvious. With his age, does he have the stamina to go even 10 minutes without constant breaks? Can he take bump after bump? Obviously, minds like CM Punk and Sting can plan a match around his deficiencies, but would it be good? If anyone can work it out, it’s two of the greatest of all time.

CM Punk vs Sting could certainly be a match worth watching. But would anyone watch it?

Th two men are both huge draws for AEW. Sting’s debut at AEW Winter is coming was one of the highest rated shows of the year. His T-shirt was one of the highest selling in AEW, until CM Punk came in and smashed all records with his debut on AEW rampage. A debut which drew over a million viewers on Rampage, higher than most episodes of AEW Dynamite.

Both men have proved to be huge draws for AEW, and match between the two would certainly get eyes on the product. It was also get even more eyes on Darby Allin, who’s association with Sting has gained him many new fans who came to see the Stinger, and stayed for Allin.

With Sting surely nearing retirement, I’m sure he’ll be looking at any last dream matches possible for him. I can’t think of any top star that Sting would rather work with than the Straight Edge Superstar himself, CM Punk. It might not be the best match ever, but to have it in the record books would be a good thing for wrestling and AEW as a whole.