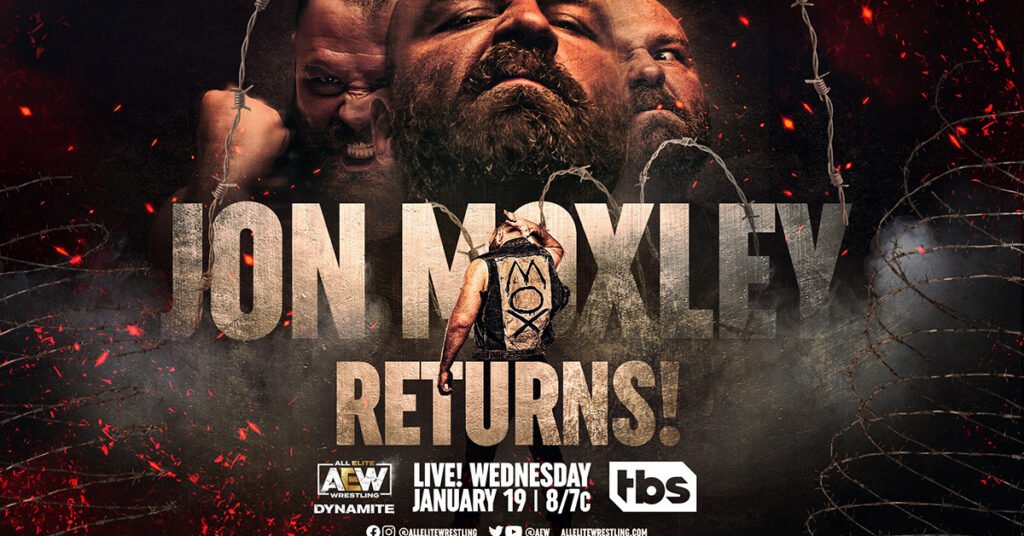 AEW have confirmed that Jon Moxley will make his long awaited return to AEW tomorrow night on AEW Dynamite. Moxley has been missing for three months since Tony Khan announced on Twitter that he had entered rehab for help with alcohol addiction.

Jon Moxley was due to face Orange Cassidy on AEW Dynamite before Full Gear 2021. It was expected that he would defeat Cassidy and go on to face Bryan Danielson at AEW Full Gear, for a shot at Adam Page’s AEW Championship. Due to his absence, he was replaced by Miro, who lost to Bryan Danielson in the final of the Eliminator tournament.

AEW announced on Twitter today that Jon Moxley will return to AEW Dynamite on tomorrow nights episode, live on TBS. The tweet read “MOX IS BACK. Appearing for the first time in nearly 3 months, former #AEW World Champion @JonMoxley makes his long-awaited return to #AEWDynamite TOMORROW at 8pm ET/7pm CT LIVE on @TBSNetwork!”

Moxley’s wrestling returned seemed imminent, as he was announced to face Homicide at GCW: The WRLD. He is due to defend his GCW Championship against the former TNA star on January 23rd, and was announced before AEW revealed his return to AEW Dynamite.

Due to the timing of the announcement, some have theorised that GCW spoiled the surprise return of Moxley for Wednesday night on Dynamite. Rumours have theorised that Jon Moxley will eventual have his planned match against Bryan Danielson, which is likely to take place at AEW Revolution 2022.