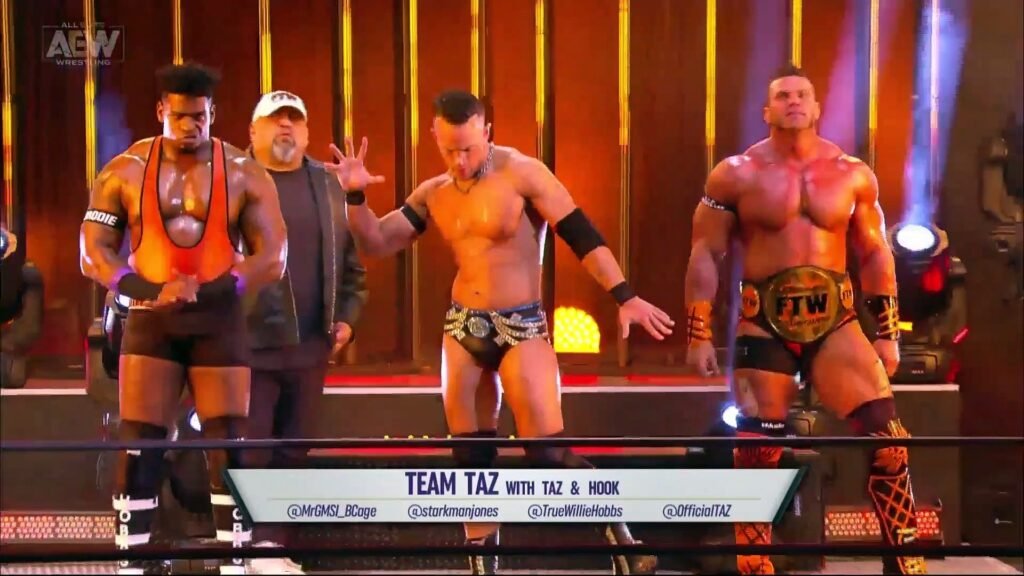 When Taz entered AEW trying to court Darby Allin into being his client, few believed that it evolved into what is now known as Team Taz. With no Darby Allin in sight, Taz leads a rag-tag group of killers into the ring, who lay waste to anyone they see before them, and in comprehensive fashion.

Team Taz started of as a reason for Sting to wrestle in a cinematic match in AEW, as well as to get Brian Cage over as a monster. However, it has since evolved into the breeding ground for the next generation of AEW main event. People will remember the Team Taz of today in five years time as people remember The Shield in WWE – the top stars of the promotion in their early days, showing just what they are capable of and the incredible potential they have.

Here is what Team Taz is in AEW

Team Taz consists of three current AEW wrestlers, managed by a former ECW and WWE legend and current WWE commentator. All four men regularly appear on AEW Dynamite and AEW Rampage, and all three wrestlers have wrestled in pay per view matches in AEW.

The members in Team Taz in AEW are;

However, Team Taz have lost some members along the way. The former Team Taz members in AEW are:

The FTW Championship is a championship created in ECW in 1998 and brought to AEW in 2020. It was originally brought in for Taz, as an interim championship due to his ECW Championship match against Shane Douglas in ECW being cancelled due to injury.

The title was held by Taz and Sabu in ECW before being unified with the ECW Championship, although ECW never recognised it as a real title. Taz brought the belt to AEW, gifting it to Brian Cage as the champion of Team Taz. It has since been won by Ricky Starks, also of Team Taz and has been defended in AEW multiple times.