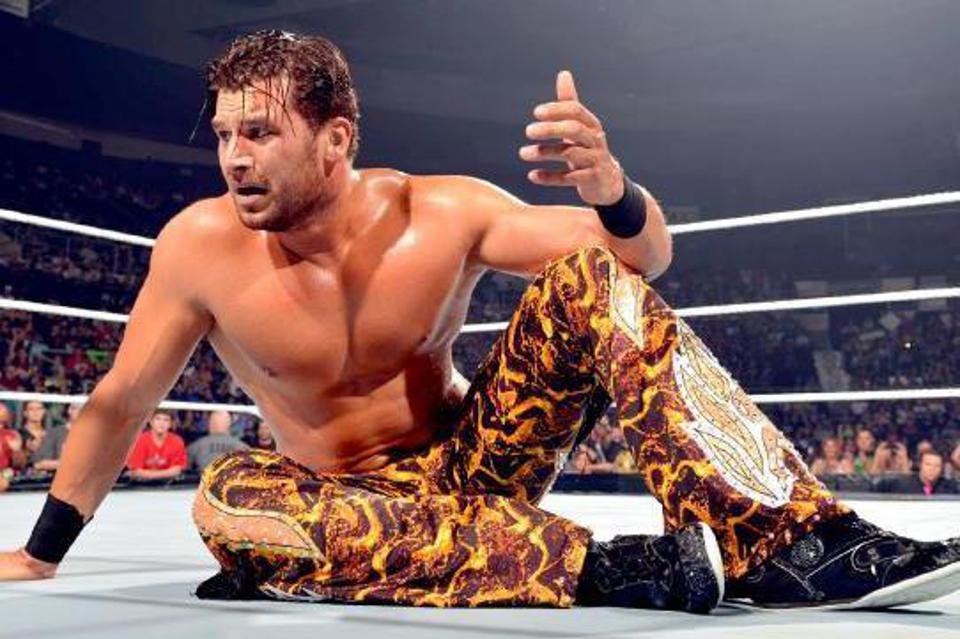 But assuming Fandango is going to AEW, then he would surely be considered one of the top stars in the history of the company, and be an absolute legend in the making.

Fandango is destined to be AEW Champion. It’s written in the stars. A million miles away. But the journey of he would get there is an incredible as the man’s talent.

Kenny Omega’s reign of terror continues. He has defeated all comers, and #1 contender Hangman Page is still dodging the challenge of the champion. He has defeated Jungle Boy live on Dynamite in a great match, and is awaiting the next challenger.

It will be decided by a Casino Ladder Match live at AEW All Out 2021. The winner will earn his shot at Omega’s AEW title at a future date. The announced participants are Rey Fenix, Jungle Boy, Eddie Kingston, Ryan Nemeth, Lance Archer and a mystery sixth entrant.

All men enter the ring one by one. Fenix and Jungle Boy start, trading holds and ridiculous backflips (Okay maybe just Fenix). It’ll be a wonderful sequence to watch, and setting up the match down the line.

Kingston is next, and he brawls with the pair of them, before grabbing a ladder as soon as he can. He’s the smart one, trying to get the giant Casino Chip ASAP.

Nemeth is next, followed by Archer. Archer destroys everyone as you’d expect. In particular Nemeth, who is basically there just to take big bumps and make everyone look good. Who said he wasn’t a Ziggler?

The fans count down, and in seconds the clock strikes 0

“I just want to dance the night awayyyyyyy” blares from the speakers, and the soothing sound of The Mavericks is heard around the arena.

Dressed in a sequins and sparkles, surrounded by dancers in sparkly outfits, stands, in his signature pose, the man formerly known as Fandango.

“Johnny Bolero”. His new name is definitely not just his old name “Johnny Curtis” and the first dance I saw upon googling “Types of Dances”.

Johnny Bolero spends almost the entire match dancing. His classic “Gyrating constantly” fills the screen as he stands at the top of the stage. Awaiting his opportunity, he spied the scene, waiting for the other men to wear themselves down, and striking.

After the other five men knock each other down trying to get to the Casino Chip, Bolero saunters toward the ring with his army of Dancers. He spied Jungle Boy attempted to attack, and hits him with a powerbomb, before standing over him, gyrating.

Obviously in these matches, you can’t just walk up and win. That’d be bullshit.

Bolero matches Fenix flip for flip, showing how he has been training with the top Luchadores since he’s been released. He uses his speed to escape Archer, hitting him with a top rope dropkick to knock him off of his feet. He gyrates so hard that Eddie Kingston fucking retires because he’s sick of this shit. Ryan Nemeth is also there but of no consequence to anyone.

After a great match, he climbs the ladder, somehow gyrating as he did, and grabs the Casino Chip.

Johnny Bolero wins the match. He is the man to battle Kenny Omega. He has arrived.