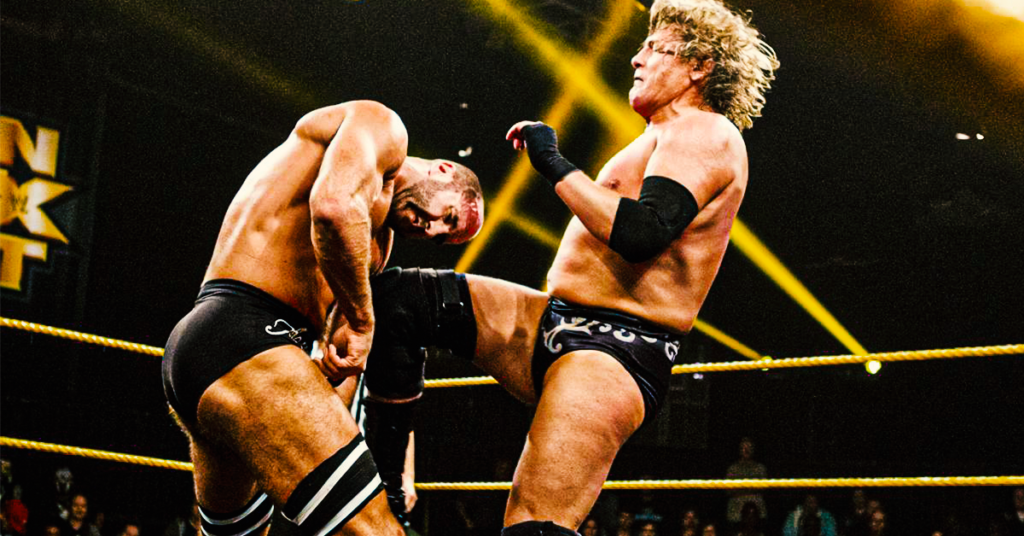 Few men can claim to have as much impact on the future of WWE as William Regal. Everyone in NXT goes through Regal, and so many stars have credited him in their development. He last wrestled in 2013, in the perfect retirement match. That match was William Regal vs Antonio Cesaro on NXT.

William Regal was a commentator on NXT in 2013, and was in the twilight of his career. 30 years of villiany, cheating, low blows and brass knuckles has truly affected William Regal’s morality. As he looked back on his career and himself, he saw a man who went in too deep. A man who would do anything to get what he wanted. It was that willingness to stray to the dark side that ultimately cost him everything he ever wanted.

Regal saw this European star, Antonio Cesaro, and saw the same future for him. He saw a man who was stronger, more technically sound, and more intense than Regal himself had ever been. On the NXT before their match, Regal saved announcer Byron Saxton from an attack by the Swiss Superstar. Regal saw the signs that the life of villain was one Cesaro was on his way to, should he not repent his ways.

Cesaro, on the other, didn’t see this as the failed veteran trying to help. He Regal as holding him back, not allowing him to fulfil his true potential and reach the goals that Regal never could. It was a tale as old as time, and one told so beautifully in the ring and on the mic that you can’t help but appreciate it.

William Regal vs Antonio Cesaro was set, and was shown on the December 25, 2013 edition of NXT.

With every drop of vile and venom

Prior to the match, Regal cut one of, if not the best promo’s in his career. It was a sobering, sombre recollection of an aging wrestlers career. His mind wandered toward his failure to become the World Heavyweight Champion (due to his personal demons, which I wrote about in William Regal King of the Ring). He spoke about his failures, taking responsibility of not reaching his potential.

Regal then claims that Cesaro is “10 Times the man and the wrestler that I have ever been”. High praise from the legendary Regal. He has an air of acceptance in his voice. He knows this is his last stand. William Regal knows, beyond a shadow of a doubt, that Cesaro is going to beat him, and beat him handily. He knows that he doesn’t have a chance in hell winning this match, but he has to give it his all. The competitor in him has to go out fighting, or else he isn’t the man he thought he was.

“I go into this match knowing my only chance of surviving, let alone winning, is a miralce. And that’s not coming to a faithless old villain like myself.” A chilling line, which cements this as one of the great WWE promos. Regal puts over Cesaro, hard. He is telling the people “I am going to lose, Cesaro is the better man”. We already know the outcome of this match, but we need to watch it, to see the old gunslinger going out fighting. It was a quiet acceptance that you don’t see in wrestling. In a way in made the eternal villain Regal into the babyface, and you actually wanted to see him beat the Swiss Superman Antonio Cesaro.

The match is the opposite to any WWE match you’ve seen before. If you like the high flying, fast paced action of a modern NXT or AEW match, this is not for you. It’s an old school British technical wrestling masterclass. The pair barely let go of each others wrist for the first 5 minutes, with some excellent wrestling that Regal hasn’t taken part in since his days wrestling for World of Sport.

The match took a turn when Regal, who had just started to take a hold in the match, was chopped down by the legs from Cesaro. The screams of pain from Regal would make you think he’d just been shot, as he writhed around the ring in pain.

Cesaro then began to work Regal’s knee, even ripping off his supportive knee brace. A previous knee injury had left Regal with a dodgy knee which the evil Cesaro found all too easy to exploit. This match showed Cesaro was becoming exactly what Regal feared he would. Trying to stop this transformation had merely been the catalyst for his transition.

He’s twice the competitor than I have ever been!

The knee targeting would continue for the remainder of the match. Most of it was spent with Regal writing around in pain, getting very little offence as Cesaro tried to keep the plucky Brit down. Regal had a comeback of sorts near the end of the match, hitting a backslide pin, knee trembler and locking in the Regal Stretch. However the youth and strength of Cesaro became too much for him, and he eventually succumbed to his famous Neutraliser and took the 1-2-3 pinfall.

The ending was almost poetic. Cesaro hit the swing on Regal, who managed to kick out on instinct alone. Cesaro then placed regal between his legs, ready to hit his finisher and end the match. However, Regal’s legs collapse under him, and is so worn down and beaten that he cannot even stand to be put down for good. It’s a tragic tale of the body and mind of the great William Regal failing, and the proof he needed to finally give in to his thoughts and finally hang up his boots. He knows that Cesaro is better than him in every way, and just needs to be put away for good to really process those feelings.

Regal vs Cesaro tells a story about a veteran wrestler who knows that he doesn’t have what it takes anymore. He knows that he is being bested by this young talent, who is younger, faster and stronger than he ever as, and will ever be. He has seen how his demons and villainy caused him to lose the thing he wanted most in his life. The World Heavyweight Championship. And doesn’t want that to happen to Cesaro. So he must either beat him to show him it is not the way, but realistically he knows there’s nothing he can do. He needs to be put away, for good, so he can hang up his boots and call it a day.

The match is one that you probably wont see on WWE TV again. It’s a truly unique, European-style match that the two men uniquely pulled off due to their years of wrestling experience. For a retirement match it is incredible in the story it has told. The selling shown by Regal is honestly one of the best examples I think you’ll see in the sport.

Antonio Cesaro vs William Regal is one of the best NXT TV matches out there, but if you don’t like a slow methodical match then maybe it isn’t for you.

However, I love it, and having such a kind of different match on NXT was sensational. 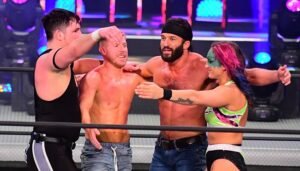 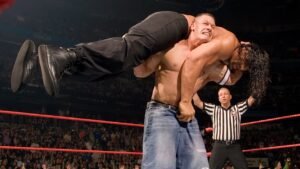 John Cena vs The Great Khali – WWE One Night Stand 2007 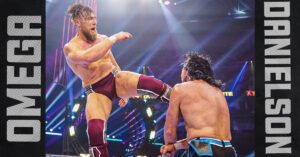 Bryan Danielson vs Kenny Omega – The Best AEW Match Ever