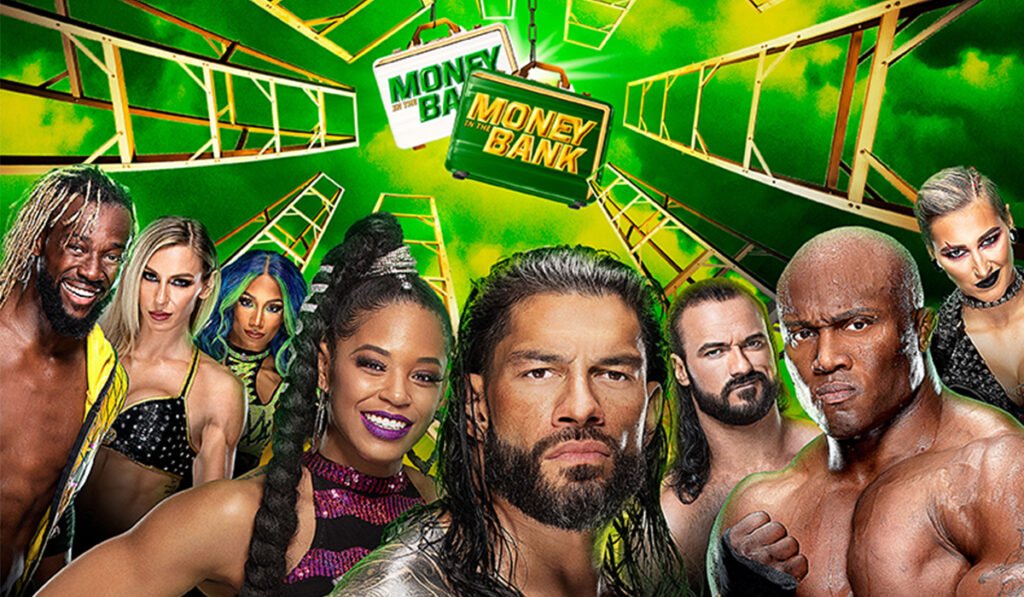 Sunday July 18, The Money in the Bank event will be back in front of a live crowd. This will be the first WWE PPV to take place back out on the road in front of paying fans in the Dickens Arena in Fort Worth, TX. With this being the first show back, they have an opportunity to really shock us fans with one trusted story that would be a great build for Survivor Series. The invasion angle.The best invasion angle they can run is with New Texas Pro Wrestling. Below, I will break down 3 ways to make this happen that will have people talk for days.

Max Heights fits the OMG style of fighting to go into the Money in the Bank ladder match. His high flying offense would create a huge pop for the returning fans. The way to set it up would be to have a mysterious person attack Drew McIntyre in the locker room to prevent him from being able to be in the match. This attack can also be used to further build the invasion angle going into Survivor Series. Checkout the ladder match Max Heights had against Johnny Bedlam for the Lonestar Championship here

To continue the invasion tactics throughout the night, we can potentially set up a queen vs. queen match. Right as the Flair vs. Ripley match reaches its climax, you can have Raychell Rose, Sky Blue, Danni Bee, and Rok-C storm the ring to beat down both Ripley and Flair to lead the match to no contest. There are a lot of similarities between Raychell Rose and Charlotte Flair are very strong and would make for a great queen vs. queen match at Survivor series. You can also build a team Ripley/WWE as the Raw Women’s Champion vs. team Rok-C/NTPW as the NTPW Women’s champion.

Regardless of who wins the match between Bobby Lashley and Kofi Kingston, a huge pop in Texas at the end of the night can come in the form of Bryan Keith appearing in the ring to issue a bounty on the WWE champion. To set the scene, let’s say Bobby Lashley retains his title. As Lashley is celebrating, the lights go out. The announcers are selling their confusion and concern for what is going on. After being out for about 2 minutes, they turn back on to seeing Keith in the ring with Lashley. Lashley begins to look confused because he does not have a clue as to who this is and why they are in the ring. In signature Bryan Keith fashion, he does not say a word. He just sticks the wanted sign to Lashley and walks out of the ring. Much like he issued this challenge to Mysterious Q.

The show goes off and fans are clamoring about what happened and looking forward to the upcoming episodes of Raw and Smackdown to see what happens next.

Written by Calvin Ragsdale of www.halftimefanbanter.com

Also, checkout more great stories like these at Atletifo Sports