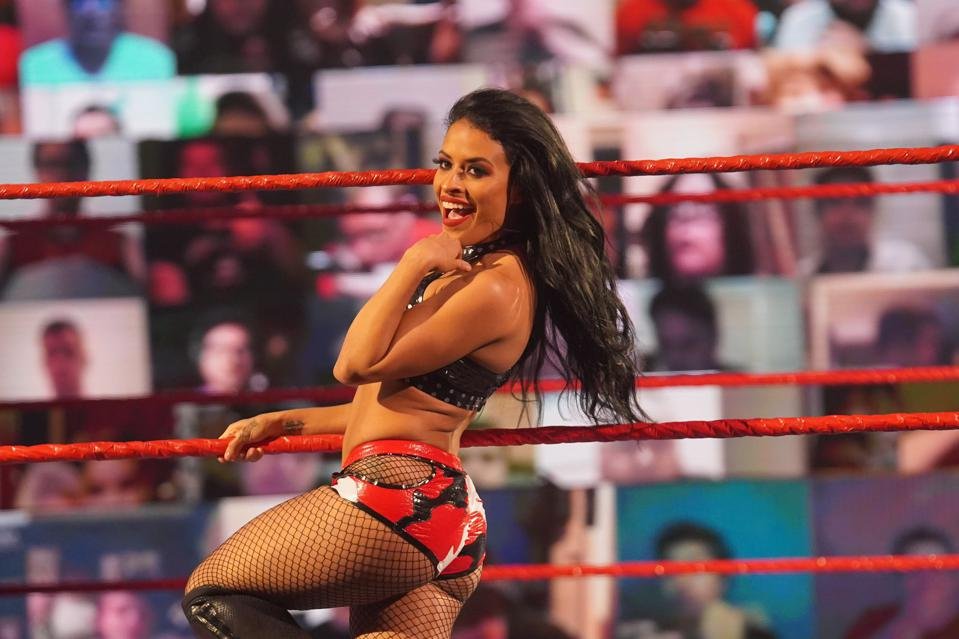 Reports have stated this week that former WWE women’s superstar Zelina Vega (Thea Trinidad) has been spotted visiting the WWE performance centre, amid rumours of the Diva’s return to the company.

Vega was unceremoniously fired last year after refusing to delete her cameo account, and launching an OnlyFans account to make more money from her fans, which is against WWE policy. The Puerto Rican performer hasn’t wrestled since leaving the company, and her return looks imminent if reports are to be believed.

Vega is currently married to WWE Star Aleistair Black, who himself has barely been featured on WWE television over the past year, but reports confirm that she was not just visiting friends or family at the WWE Performance Centre in Orlando Florida. Reports alleged she was training for a potential in ring return, despite performing mainly as a manager, managing now released Mexican Superstar, Andrade (La Sombra).

While the report doesn’t state whether Vega is once again under contract, she was being filmed for an upcoming project amid a return to the company. Vega had teased performing on the indies, with Dave Meltzer reporting she would be signing with a large company, but not AEW back when she was released last summer.