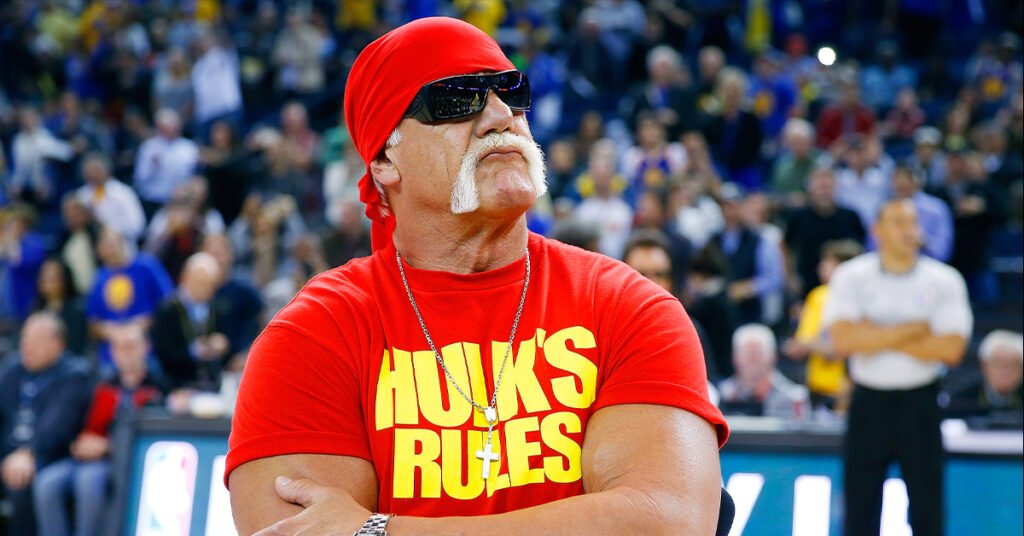 Hulk Hogan is one of the biggest stars in wrestling history, but hasn’t wrestled in a WWE ring since 2006. Fans to this day have been asking, is Hulk Hogan returning to WWE?

Hogan hasn’t wrestled in WWE since 2006, nor TNA since 2011. At 67 years old, it is unlikely for him to make a reappearance in wrestling. However, Sting at age 62 is currently wrestling in AEW, so could Hulk Hogan wrestle one last match in WWE?

The likelihood is that Hulk Hogan will be returning to WWE, but will not be able to compete in another match for the rest of his life. Hulk Hogan is a two-time hall of famer in WWE, being inducted first as a solo act in 2005 and then as part of the NWO in 2020. He is an icon of the sport, having pushed wrestling into the mainstream in the 1980s with huge matches against wrestlers like Andre the Giant, The Ultimate Warrior and Macho Man Randy Savage.

Hogan first found fame wrestling in the AWA, but was poached by Vince McMahon Sr to come and wrestle for the WWF. He was originally positioned as a heel, and was actually fired by the promotion for taking part in the movie “Rocky III”. In it, he played evil wrestler “Thunderlips” who fought Rocky in a charity match in the movie. He would later be re-signed to WWE, and would team with Rocky III co-star Mr T in the main event of the first ever Wrestlemania.

Check out our list of the BEST HULK HOGAN MATCHES

He had multiple WWE Championship reigns during the 1980s and 1990s, but eventually moved to rival promotion WCW in 1994. In WCW, he won multiple World Heavyweight Champions and created one of the greatest wrestling factions of all time – the NWO. This faction of bad guys terrorised WCW, and with Hulk Hogan at the helm were one of the biggest acts in wrestling history.

After WCW closed, he returned to WWE for a few brief runs. The highlight of that was his Wrestlemania X-8 match against The Rock, putting two legends of the squared circle against each other. Sadly, one WWE match that never happened was Hulk Hogan vs Steve Austin, as the pair could not agree to work with each other at the time.

He would go on to win one more WWE Championship in 2002, beating Triple H at Backlash 2002 to win his last, and THE last WWF Championship before it was rebranded to WWE. This was due to legal issues with the World Wildlife Fund.

Hogan’s last match in WWE was in 2006 against Randy Orton. At the time, Orton was performing as “The Legend Killer” and sought legends of the wrestling world to wrestle and beat in matches. Sadly for him, he lost to Hulk Hogan in the Hulkster’s last WWE match before his contract expired. A Hulk Hogan vs John Cena match at Wrestlemania was planned, but ultimately never came to fruition.

Hogan did wrestle a few times for TNA after signing for them in 2010, but his career was basically over at the point. He could barely move and couldn’t bump and the whole thing felt like an exercise in vanity for the former WWF Champion.

Since then, Hulk Hogan has struggled immensely with his health. He has had multiple surgeries on his back and hips, due to thirty years of dropping on them performing his signature “Atomic Leg Drop”. He has also recently been seen struggling to walk, using a walking cane to help him complete day to day activities such as shopping

“He’s having some really bad health issues, but he keeps up with me. We support each other, good and bad. When I was in the hospital, he flew up that day like everybody else that came up to see me…Hulk was gracious; Jimmy Hart was great. I don’t remember seeing them because I was in a coma, but they made the effort to go. Those are the kind of things that mean a lot,”

Hogan’s daughter Brooke also confirmed that he required two hours of physiotherapy per day just to carry on his day as normal. He is in such bad shape due to a lifetime of professional wrestling that it is unlikely he will ever be able to perform in the ring as a wrestler ever again.