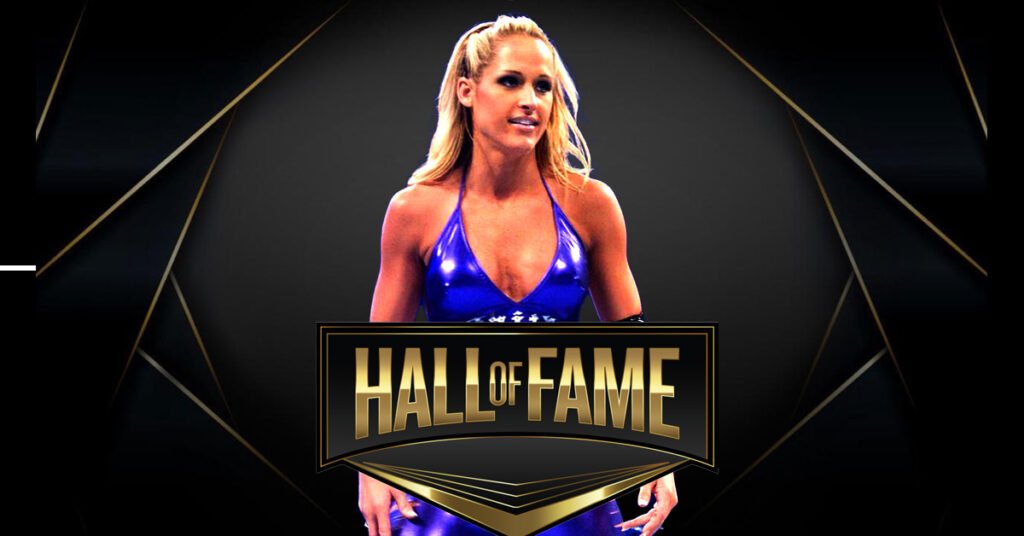 Should Michelle McCool be in the WWE Hall of Fame?

WWE Legend The Undertaker is set to be inducted into the WWE Hall of Fame on April 1st, 2022, in his home state of Dallas, Texas. The Phenom enjoyed a 3o year career in WWE, wrestling from 1990 to 2020 for the Vince McMahon-led company.

He is one of the greatest of all time, but The Undertaker has recently revealed that he thinks former WWE Divas Champion Michelle McCool deserves a spot in the hall of fame. Undertaker and McCool are currently married and have children together, but that is not the reason why The Deadman think she should be honoured by WWE at Wrestlemania time.

Michelle McCool in the WWE Hall of Fame?

In an interview with the Dallas Morning News, The Undertaker spoke about his WWE Hall of Fame induction, his relationship with Vince McMahon and this years main event of Brock Lesnar vs Roman Reigns.

“There’s several. Off the top of my head, and this is going to sound really super political, but I believe my wife [Michelle McCool] should be in. She was one working in an era where women didn’t get nearly the opportunities that they do now, and she fought so hard for the women to kind of get more of a spotlight put on them.”

“She was actually reprimanded once for having too good of a match with Melina. That’s a true story. But for her work ethic and what she did in the time period where they weren’t giving a lot of opportunity, I think she deserves a nod.”

He also noted that there were several male WWE superstars who deserved to be inducted into the Hall of Fame, but revealed that he simply too nervous about his own induction speech to consider them.

“And, my goodness, there’s a laundry list of male talent that I can run off. But I’m just trying to get through this one. I’ve got to get this speech put together. Then, we’ll figure out who else goes in. … I’ve got papers all over the place with notes and ideas. It’s been a while since I’ve had this kind of nervous energy, if you will.”

Michelle McCool’s WWE run only lasted seven years, but she was one of the most beloved female wrestlers of her generation. She wrestled for the promotion between 2004 and 2011, including a stint as a manager of Damian Sandow.

She was a two-time Womens Champion and a two-time Divas Champion in WWE, including her legendary run with Layla as “LayCool”. The pair were one of the most influential female tag teams in WWE history and were said to influence future tag teams like The Iconics.

McCool also returned to wrestle in one off matches in the 2018 and 2022 Royal Rumble, as surprise entrants in them both, in her role as a “WWE Legend”.

You can read about what happened to Michelle McCool by click this link.

Do you think Michelle McCool should be in the WWE Hall of Fame? Let us know in the comments or click below to read more.

2 thoughts on “Michelle McCool should be in the WWE Hall of Fame, says The Undertaker”