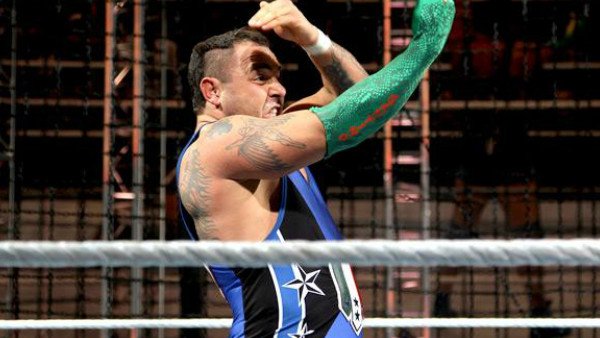 Santino Marella’s “The Cobra” was one of the most devastating and recognisable finishing moves in WWE history. However, it is hard to believe that he had to be convinced, by a WWE legend no less, to keep on using the move in his matches as a finishing move.

This past week, Santino Marella made a rare podcast appearance when he was a guest on the Stories with Briscoe and Bradshaw podcast to discuss his WWE career. Marella originally explained, in full character on Talk is Jericho, that he was taught the move by a wise-old Japanese man in a bar in Japan. While that was clearly a fantastical telling of his discovery of the move, it did have some roots in the truth.

“Well, I was drinking at a bar and some guy showed me this thing where he would just transform his arm into this little snake puppet thing,” Santino Marella revealed.

“Then like, fast forward five years, I’m at a house show in Atlanta, and I think I was wrestling Chavo or Carlito. I said, ‘I’m going to try something in my comeback. So I’m going to do like, you know, jab, jab, jab, this arm transformation thing, hit you with it, turn away, and I’ll do a schoolboy. It’s funny. I used to call it the school boy from hell, actually. So I did it at a live event. I told John Cena, ‘Hey, watch this. I’m gonna try something, and I did the Cobra. The audience laughed.’”

“I came back and he goes, ‘I would keep that if I were you. That was funny as hell,’ and so I just did it on the live events. It was always Cobra into the schoolboy from hell.”

“Then one day, Regal bumped off the cover, so that was the first time it kind of became like a finishing maneuver, but it was only on live events.”

“I remember almost being blown away, like in shock that I would see in the corner, in my peripheral vision, the audience jumping out of their seats. They were screaming for The Cobra. I did it for about a year without the sock. Then, you know, we developed some merchandise for it.”