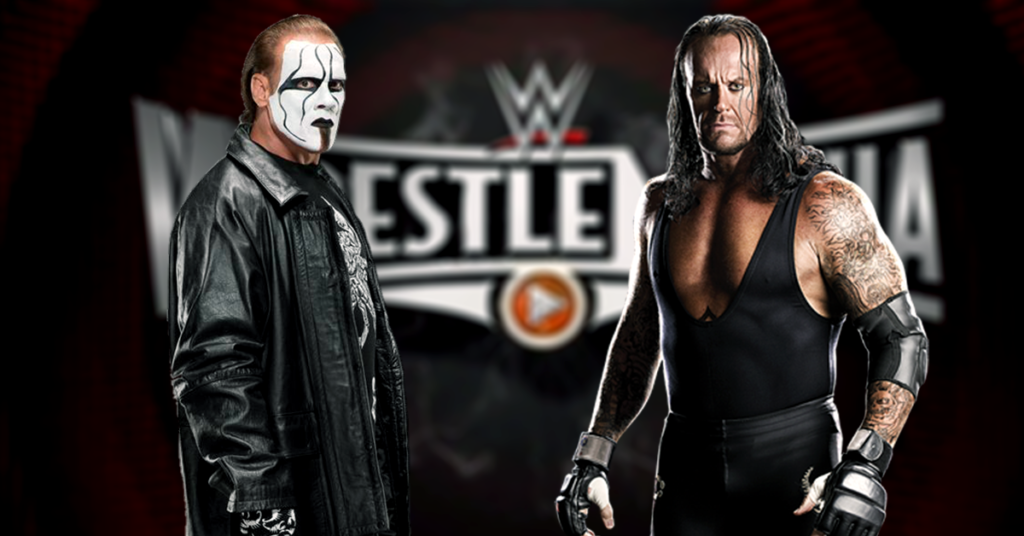 The two biggest stars in pro-wrestling history did face off once. However, it was in a handicap match on Monday Night Raw. Steve Austin and the Rock took on the New World Order (Hulk Hogan, Scott Hall and Kevin Nash), setting up that years Wrestlemania matches.

Sadly, The Rock faced off with Hogan whilst Austin faced Hall. I say sadly, as if Rock vs Hogan wasn’t one of the greatest spectacles in Wrestlemania history. It will rightly go down as one of the best matches in WWE history, while Hall vs Austin in largely forgotten.

Why we never got a match between Austin and Hogan is very simply. Neither men wanted to lose to the other. Austin never forgot the politicking and backstage antics of Hogan, and knew that if he let Hogan beat him, he’d never get the win back. Hogan, meanwhile, thought he should beat Austin because going over doesn’t work for him, brother.

1. Sting vs The Undertaker

The one match that makes everybody’s list of WWE dream matches that should have happened. The Icon Sting and the Phenom The Undertaker. Mr WCW vs Mr WWE. Both men are two of the greatest wrestlers in WWE and WCW respectively, and the showdown between the pair seemed the most obvious match in history.

The story writes itself, yet it never happened. Sting refused to sign with WWE after the Invasion. He cited the poor booking of the likes of Diamond Dallas Page and Booker T as a reason to stay away.

Sting did eventually join the Deadman in WWE. At the age of 55, he made his WWE debut at Survivor Series 2014. He helped Dolph Ziggler beat the Authority and oust Triple H from his position in charge. Whilst his match versus Triple H at that years Wrestlemania was a marquee match, it was not the one the fans wanted.

A match between “Crow” Sting and “Deadman” Undertaker would have been one of the biggest spectacles in the history of wrestling. Even a simple stare down between the pair would have had the fans in a frenzy.

Sadly, despite Sting wanting the match, Undertaker never saw any value in a match with Sting, and the match never took place. With immeasurable disappointment, it goes to number one on the list of WWE dream matches that never happened.