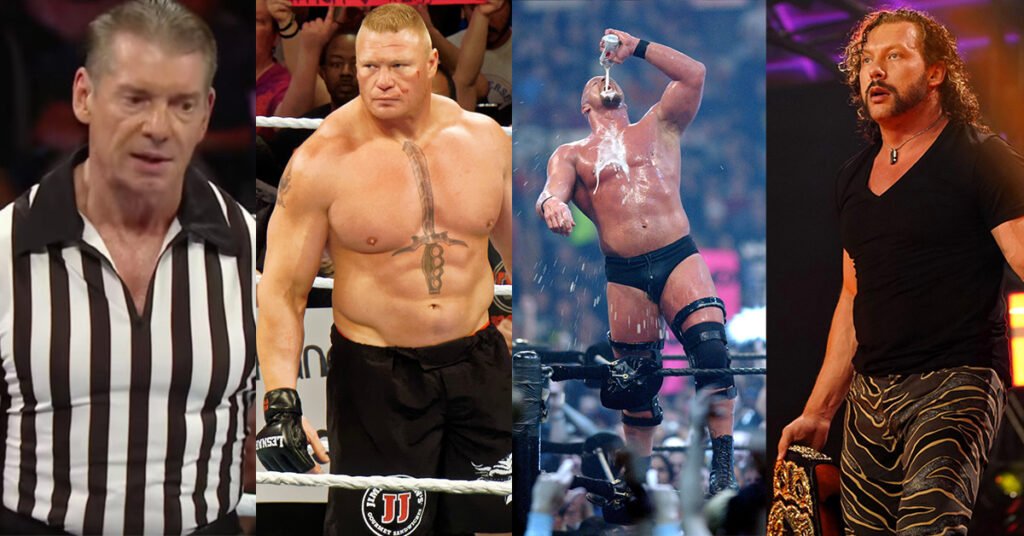 What is a heel in wrestling? Have you ever wondered why heel is the word used for a bad guy in wrestling? Why, behind the scenes, WWE refers to it’s wrestlers like Dolph Ziggler and Roman Reigns as heels?

What constitutes a heel? Can somebody who does bad things to bad people be considered a heel? Have you ever wondered what they call heels in other countries? Keep reading to find out what a heel is in WWE and wrestling.

Some of the fans favourite wrestlers have been heels over the years. Roddy Piper is one of the best wrestlers in WWE ever, and he was always a bad guy during his tenure. Chris Jericho had his best and most memorable spells as a heel. He famously never won any world championship when he was a good guy.

What is a Heel?

In professional wrestling, a Heel is the name used for a bad guy, or villain. This name is used more widely in the United States, with it’s usage being transferred to other English speaking countries where WWE has become popular.

The heel is usually the antagonist to the “face” or good guy. Heels usually try to garner boos from the live crowd, getting them to hate them and to want to see the face beating them up. This is called “getting heat”, and the more “heat” a heel has, the more the crowd will cheer win he is finally bested by the good guy.

The heel can use a variety of ways to get heat. Usually, this involves breaking the rules, such as hitting low blows on their opponents, or using weaponry during the match to cheat to win. They also usually have unlikable personalities, and insult the audience to get them to dislike them even more. The fans are encouraged to boo the heels.

Heels do not have to be cheaters or rulebreakers, however. A wrestler who is large and strong could get the audience to boo him by beating up men smaller than him, flaunting his size to the audience.

However, this could also be used to “Get over” someone as a face, so it depends on the presentation of the heel. Attacking a wrestler after the match is over, or before it begins, is a sure-fire mark of a heel.

Traditionally in wrestling, foreign wrestlers were portrayed as heels and local wrestlers as the faces. This creates an “us-vs-them” situation, and can be used to get over a nationalistic character.

Examples of this include Hulk Hogan, a pro American face feuding with the likes of The Iron Sheik, a middle eastern anti-American heel. Other “foreign heels” include Rusev, Bret Hart (an Anti-American Canadian who was a good guy in his home country) and Muhammad Hassan.

However, in recent times, the “Pro-American” character has been viewed as a heel. Jack Swagger in WWE was a good example. He, and manager Zeb Coulter, were called “The Real Americans”.

They talked about how Mexican’s were sneaking over the boarder and stealing American jobs. This xenophobic take on the character was a good reversal of the trope.

What is a foreign heel in WWE? It is someone, from a foreign country outside of the USA, who denigrates the US. They come to America, and tell the fans how their country is better, and how they hate the USA.

Wrestlers like Muhammad Hassan have had more complex character, however. Hassan complained about how American’s treated people like him, a Middle Eastern man, after 9/11. It was a layer of complexity not seen often in wrestling, but was quickly dropped by WWE due to the 7/7 bombings.

The origin of where the word “Heel” came from is not 100% clear. It is likely, however, that it came to be used around 1914. “Heel” was a slang word for “a contemptable person” in America before World War 1, and it was picked up and used by wrestlers and promoters during this time.

In other countries, the name for bad guys differ. In Britain, the term heel and face are used due to the American influence in Wrestling.

However, before the success of WCW and WWF in the 1990s, the traditional British wrestling had it’s own culture. The term “Villain” was used to describe a heel, while “Blue-eye” was used for a face, or “Babyface”

In Mexico, the term “Rudo” is used for a heel. This means “Rude” or “Tough Guys” in Spanish, and is a literaly interpretation like in British wrestling. The good guys, on the other hand, are called “Técnicos“.

Técnicos means literally “Technician” in Spanish. This is because they are usually known to wrestle within the rules, using moves that require technical skills, unlike “Rudo’s” who will cheat to win.

What makes a heel?

But what exactly is a heel in WWE, and wrestling? Stone Cold Steve Austin, under a lot of definitions, would have been a heel. He didn’t care, he didn’t trust anyone, and he attacked anyone who got near him.

However, the heel he was facing made him the face. Mr McMahon was his boss, and wouldn’t let him fairly compete for the WWF Championship. Therefore, Austin was the face against the even more dastardly there.

Then, when Austin faced someone other than McMahon, the fans loved him so much he became the face based on crowd reaction. No matter what the character, a crowds reaction can make a wrestler into the face without changing their actions.

Bo Dallas in NXT was a heel, who acted exactly like the face. He arrogantly thought the crowd were cheering for him (mistaking “Boo”for “Bo) when in fact the didn’t want to see him.

Bo Dallas was getting bad reactions from the crowd before he “turned heel”. He was intended to be a good guy, but the fans didn’t enjoy his character. They turned him heel without changing his character, just like Steve Austin before.

So, what is a heel in WWE? In actuality, it’s really whoever the fans are booing. But, a wrestler can be a heel whilst getting cheered, or booed, or ignored. In short, a heel is a bad guy, and that is the only way to describe it.