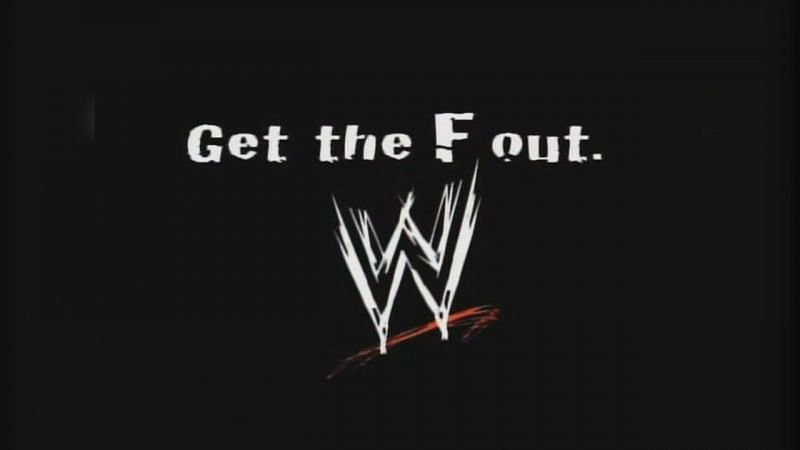 In 2002, WWE ran a campaign to change their name from the WWF to the WWE. Their slogan “Get the F Out” help facilitate the name change, which was forced upon them due to a lawsuit but the World Wildlife Fund (also WWF).

This name change was huge news at the time. The WWF had become a household name, and those three initials become synonymous with wrestling as a whole. This came after the death of WCW, and WWF was the only major wrestling promotion in the United States.

However, this was not the first time the WWE had changed it’s name. The company has gone through many name changes in it’s nearly 70 years history. In this article, we will talk you through all of the WWE’s name changes in their history, and why a law suit by the World Wildlife Fund caused them to change their name from WWF to WWE in 2002.

Despite being known around the world today as WWE, the company was first founded as the Capitol Wrestling Corporation. The New York based promotion named itself this due to New York being the first capital city of the United States, between 1785 and 1790 before moving to Philadelphia.

The founder of the company is currently disputed. The first show run by the CWC took place on January 7th, 1953. Some sources state that Vincent J. McMahon, father of current WWE Chairman Vince McMahon, was the founder of the show. However, other sources claim that his own father, Jesse McMahon, booked the show.

The card for the first ever WWE show, under the CWC branding, was as below:

Match 5: Primo Carnera and Lu Kim fought to a Draw, when other wrestlers entered the ring.

Soon after the promotion was founded, Vincent J. McMahon joined forces with fellow New York promoter Toots Mondt to run CWC. They soon joined the National Wrestling Alliance, the biggest group of wrestling promoters in the country at the time.

They became extremely successful, but soon butted heads with the NWA commission. When a dispute about putting the NWA World’s Heavyweight Championship on Buddy Rogers arose, Vince Sr and Toots Mondt left the NWA in protest, instead forming the World Wide Wrestling Federation (WWWF).

They soon put their own WWWF Championship on Buddy Rogers, who became the first winner in a lineage that stretches from The Nature Boy himself all the way forward to the current champion Bobby Lashley.

Moving forward to 1979, a young Vincent K. McMahon joined his fathers wrestling business. Originally wanting to become a wrestler, he was dissuaded by his father and instead taught the art of announcing, commentary and booking his his father.

McMahon showed his business savvy by convincing his father to change the name of his company. In 1979, the WWWF shortened their name, instead renaming themselves to the World Wrestling Federation (WWF).

Just a year later, Vincent K. McMahon formed his own company, Titan Sports. His father had sent him away to a smaller promotions to learn the art of running a wrestling company, and the younger McMahon’s mind for the business had impressed many. It was from the mind of Vince Jr that the famous Muhammad Ali vs Antonio Inoki match was born.

In 1982, Vince McMahon purchased the WWF from his father. He could not afford the entire promotion in one go, so his father sold it to him under conditions. If he missed a single payment, the entirety of the company went back into the ownership of his father. Luckily that never came to pass and he still owns the company to this day.

When talking about the dispute, Linda McMahon spoke to the New York Times, and said ”When we first registered our name in the early 1980’s, the wildlife fund did not raise any challenges. But the fund got a Swiss injunction against the wrestling federation in 1993, and threatened to take it around the world.”

However, Vince McMahon was sued again in the year 2000, due to their use of the WWF trademark in the United Kingdom.  The Court of Appeal found World Wrestling Federation had violated the 1994 agreement.

One of the main breaches of the agreement found for the founding of a new website, with the URL WWF.com. This was found to be in violation due to the immense similarity to the World Wildlife Fund’s WWF.org.

The companies battled it out in court, but in 2002 the WWE were forced to change the name of their company. They were no longer permitted to use the initials of “WWF” anywhere, so had their hands forced and were made to think of a new name for the company that had been around for nearly 50 years.

WWE eased into the name change with a huge marketing campaign. They used the slogan “Get the F Out” to get fans aclimitised to the name changing from WWF to WWE. The last event run under the WWF name was the UK exclusive Pay Per View Insurrextion 2002, while the last Wrestlemania branded by the WWF was Wrestlemania X8.

The name “World Wrestling Entertainment” would soon be phased out of WWE. In 2011, the company was officially renamed to simply WWE, with no mention of the full name the initialisms were suppose to represent. This was done to help the companies ventures into further media like movies and documentaries, and avoiding the word “wrestling” that Vince McMahon was trying to avoid.