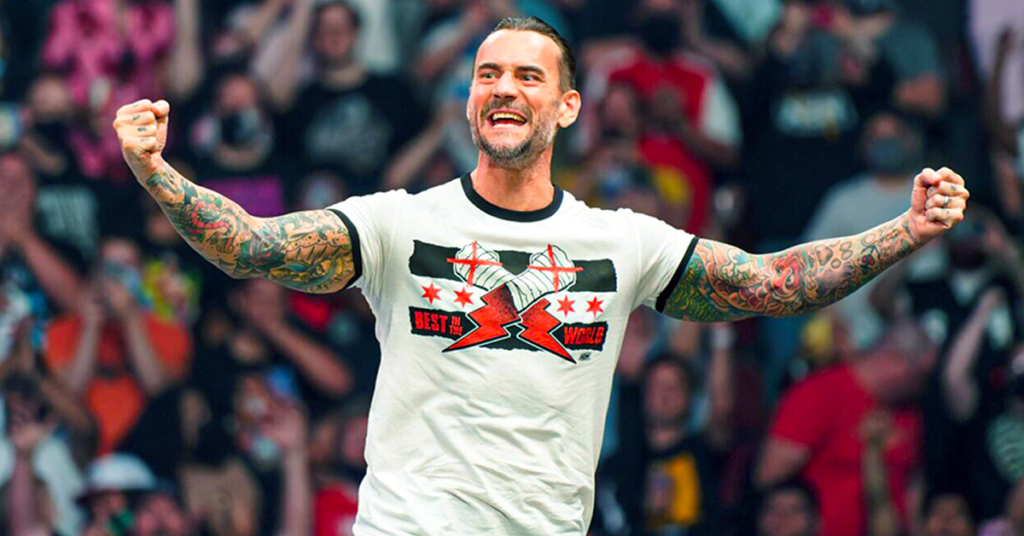 After the 2014 Royal Rumble concluded and fans angrily shuffled out the building, CM Punk was locking horns with Vince McMahon. Burnt out and tired of the WWE machine, he walked out the building that night never to return to WWE.

Why did CM Punk leave WWE in 2014? That answer is one too complicated to answer in one easy sentence. It was a culmination of things that may not seem like enough to throw away the career you worked your life for, but when enough of these instances occur there was nothing Punk could do but walk out.

If he didn’t he may have regretted it, or even died from his injuries.

Why did CM Punk leave WWE?

CM Punk has made it clear that his main goal in WWE was to main event Wrestlemania. Whilst when he came in to WWE he just wanted to not get fired, he soon showed the talent that made him one of the best WWE Champions of all time. With his status in the company growing, so did his ambitions, and he made it his life’s goal to main event the biggest event in WWE’s calendar, Wrestlemania

One year later, Punk’s snub as the show-closer was much more egregious. He was the longest reigning WWE Champion of the modern era. His reign ended at 434 days, a lifetime in WWE with their years of hotshot booking and nonsensical title changes.

The obvious match looked to be CM Punk vs John Cena for the WWE Championship. The pair had tangled as the top stars of the company for years, ever since CM Punk let off his famous “Pipebomb” promo onto the 16 time WWE Champion.

However, The Rock took the belt from Punk at the 2013 Royal Rumble, ending his legendary reign. This would be fine, of course. It set up perfectly for Punk, the angry former champion, to take on new WWE Champion The Rock and Royal Rumble winner John Cena in a blockbuster triple threat match that would blow the last years match out of the water.

However, WWE decided against it. Instead they went for Rock vs Cena again, with CM Punk taking on the Undertaker’s legendary streak. CM Punk vs Undertaker was one of the best WWE matches of all time, but Punk never got the Wrestlemania main event he deserved despite a legendary WWE Championship reign.

Speaking of The Rock and The Undertaker, losing to legends like this was also a factor to CM Punk leaving WWE. He lost his WWE Championship to The Rock at the 2013 Royal Rumble, then failed to regain his championship at Elimination Chamber 2013. Losing to such a huge star was not in itself the reason for Punk’s leaving, however.

After his battles with The Rock, he was tasked with facing The Deadman at Wrestlemania. He failed to end the Streak of the Undertaker at Wrestlemania 29, for his third big loss in a row to part-time wrestlers on pay per view.

His next big match was his battle against Brock Lesnar at Summerslam 2013. Again, CM Punk was tasked with making the legend look good and would ultimately fall to defeat against the star who barely appeared on TV.

CM Punk famously said to Vince McMahon, after being told he was to lose to Brock Lesnar, “Who’s going to be on Raw on Monday?”

Punk was furious that he was going to every show, wrestling every night and carrying the show himself, while the likes of The Rock and Undertaker just waltz in once a year to beat him and ruin his momentum. This was one factor to why CM Punk left WWE.

Lied to by Triple H

However, CM Punk was the WWE Champion at the time, in the midst of his 434 day reign. He told WWE COO Triple H, who he informed that he would have to miss the WWE’s European tour to film the movie. As the WWE Champion he was expected to perform, but Triple H assured him that there was no issue and he would be able to miss the tour to film the movie.

However, weeks later WWE announced Randy Orton as the lead role in 12 Rounds: Reloaded. CM Punk found out with the announcement, furious that he was lied to by Triple H and not even informed that the change in lead role had taken place.

This may seem like a smaller thing, maybe a mix up behind the scenes. But all of these things was beginning to add up and he drew closer and closer to quitting WWE.

Why did AJ Lee retire from WWE?

WWE Ruining the “Summer of Punk”

Speaking of Triple H, another reason he grew tired of the WWE environment was due to WWE’s handling of him during the infamous “Summer of Punk”.

After his famous Pipebomb and beating John Cena at Money in the Bank 2011, CM Punk was the hottest star wrestling had seen since Steve Austin. After “Walking out” with the WWE Championship, Punk envisioned really selling the angle with appearances in promotions outside WWE, like NJPW and Ring of Honor.

However, Punk was not even gone two weeks before WWE brought him back. Even worse, they fumbled the Summer of Punk by having Kevin Nash, of all people, return to WWE to cost him the WWE Championship.

This led to a match between CM Punk and Triple H, due to Nash failing the WWE medical. For some ridiculous reason, Triple H came out of retirement to beat CM Punk, before going back into retirement. This completely killed Punk’s momentum and sacrificed one of the best angles WWE had in years just to feed Triple H’s ego and screwing CM Punk.

CM Punk was hurting by the end of his WWE run. He had a huge infectious lump on his back, he had aches and pains and had injuries he’d had for years but never taken the time off for healing.

His infectious lump was seen multiple times by WWE doctors. Each time they gave him a Z-Pack and sent him back out to wrestle. They also misdiagnosed him multiple times by allowing to go out and wrestle whilst suffering from concussions. This is completely against the policy WWE brought in after the Chris Benoit incident in 2007.

Eventually CM Punk was sick and tired of being injured all the time and being ignored by WWE doctors. WWE had killed his spirit and love for wrestling, as well as almost wrestling him to death by ignoring his various ailments.

So, on the night of the 2014 Royal Rumble, he walked into Vince McMahon’s office and told him and Triple H exactly how he felt. The next night on Raw he did the exact same thing, instead walking out on the company before the show started.

That was the last time CM Punk was in the WWE. He was later fired by WWE (On the day of his wedding to AJ Lee, no less) and is locked in a legal battle with WWE over comments made to WWE’s resident doctor.

Later he would discover his lump on his back was a staph infection which, if left untreated much longer, could have killed him. It was a stark eye opener on the way WWE treated it’s talent, and it is a shock no-one has died from WWE’s alleged poor medical practices.

CM Punk left WWE due to the medical malpractice, coupled with bad booking, lying, ruining his momentum, killing his storylines and lying to him, as well as not appreciating him despite working his arse off for the company every night.

All CM Punk wanted was the Wrestlemania main event, but all WWE gave him was misery. Hopefully he is appreciated more during his time with AEW.