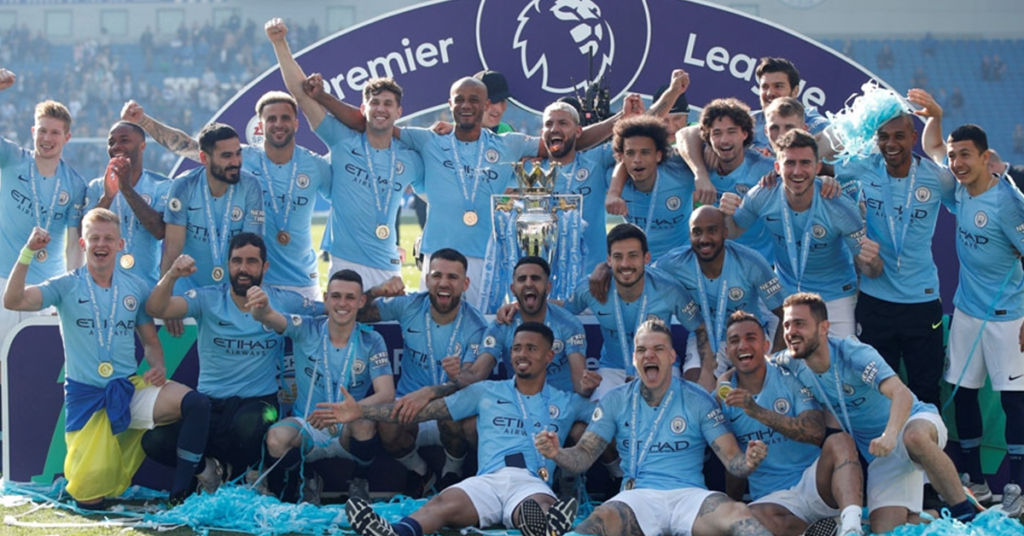 Premier League Champions Manchester City have dominated English football for the past 10 years. Since Pep Guardiola’s arrival in 2016, he has failed to win the Premier League only twice, and has won a multitude of domestic trophies as well. Man City still have yet to win the Champions League, losing last years final to Chelsea. They have a number of new fans with their success, including a host of famous Manchester City fans.

Here is a list of some notable famous Man City fans that you may not expect to support Manchester City!

Rickman has been a Manchester City his entire life, despite being born in London. It is unknown how he became a City fan, but was a fan of the club until the day he died, in 2016.

One of the biggest names ever in Japanese wrestling is NJPW star Kazuchika Okada. The former five time IWGP Heavyweight Champion has been spotted numerous times wearing Manchester City jerseys, and is clearly a big fan of the club.

Perhaps “The Rainmaker” likens his persona, one of a man who has lots of money and spends it all, to the exploits of Pep Guardiola at Manchester City!

Okada has not commented publicly on his support for Manchester City, but here’s hoping The Rainmaker is able to make a trip over to Manchester after the COVID-19 pandemic is through.

The former James Bond is one of the most famous Manchester City fans of all. The star of “The Living Daylights” and “License to Kill” said in a 2011 interview that his first memory of seeing City play was when he was just eight years old.

In the same interview he claimed his favourite ever player was Bert Trautmann, the goalkeeper who famously played an FA Final with a broken neck.

The Welsh actor did not go to support his hometown club of Colwyn Bay, but I suppose we cannot blame him too much!

Jackie Chan is one of the most famous actors in the world. The Hong Kong hero has made his number as the star of hundreds of Kung-fu and Hollywood movies across the last 50 years. He is a national treasure in Hong Kong and loved across the globe.

After Manchester City’s title victory in 2012, Chan met with Manchester City captain Vincent Kompany. Kompany presented Chan with a shirt, and Chan professed his support for the club.

“Sometimes I support Hong Kong, sometimes England, but from now on, because of my friends I will support Manchester City.

The former “NWA” rapper and Hollywood actor has travelled to Manchester City to promote his movies, like hit film “Ride Along” with co-star Kevin Hart.

The pair took part in a penalty shootout challenge with then-City keeper Joe Hart, professing their support for the club. Cube has also appeared multiple times on football show “Soccer AM”, promoting various movies and projects.