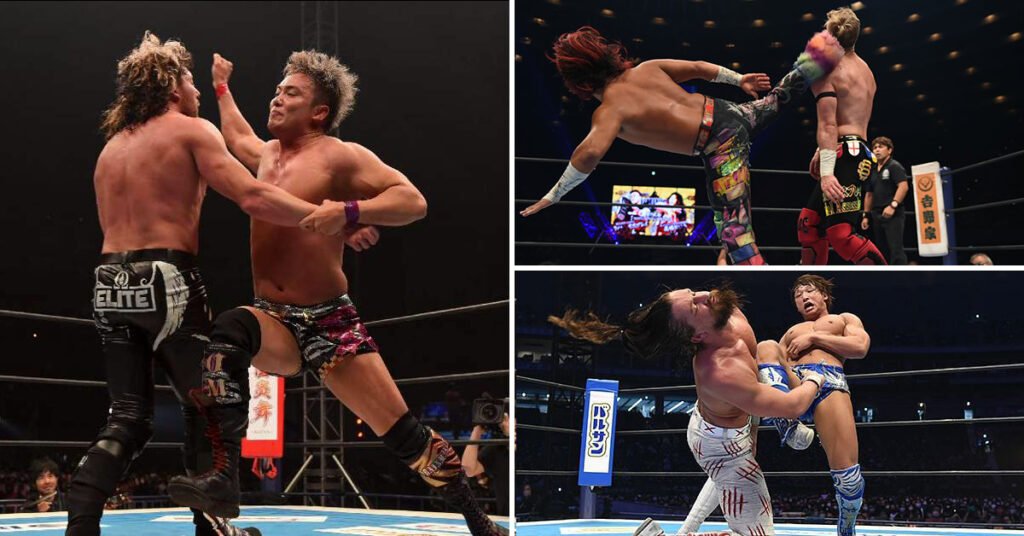 In the United States, Wrestlemania is the culmination of a year’s build up in wrestling. It has the biggest and best matches and is the biggest show of the year. In Japan, the best matches take place at Wrestle Kingdom, the legendary NJPW show that takes place in the equally legendary Tokyo Dome on January 4th.

New Japan Pro Wrestling is the biggest wrestling company in Japan, and has been for most of it’s history. It has produced some of the best Japanese wrestlers of all time, including the likes of Antonio Inoki, Keiji Mutoh, Hiroshi Tanahashi and Kazuchika Okada. Wrestle Kingdom is where these kinds of wrestler can showcase their skills on the biggest stage possible.

This match proved to all doubters than Jay White is one of the best wrestlers in the world. His movements were crisp, his counters sublime and his character work exceptional.

The silent crowd, due to COVID-19, meant that you could hear every word the Kiwi was saying. Goading hid opponent, mocking Kota Ibushi and trying to get into the IWGP Heavyweight Champions head. All great tactics which he used to full effect.

Ibushi would outlast the New Zealander, pinning him after 48 gruelling minutes. It took two Kamigoye, one to back and front of his head before Ibushi had his hand raised and retained his IWGP World Heavyweight Championship.

The only Junior Heavyweight bout on this list is the incredible match between Hiromu Takahashi and Will Ospreay. It was a special match, as it was the big return of Takahashi, one of the Junior Heavyweight division’s biggest stars. Takahashi had suffered devastating neck injury 18 months prior, with some thinking he would never wrestle again. However, when Ospreay put out his open challenge for the championship, Takahashi answered as the crowd erupted.

The match started out at 100 MPH and it never slowed. The match was more a testament to both men’s cardio than anything else as they gave everything in a 25 minute match that felt like 10. Ospreay showed how far he’d come from his historic matches against Ricochet, showing new facets to his game that would help him move to be a future IWGP Heavyweight Champion.

Takahashi won the match debuting his new finisher, the Time Bomb II, in a triumphant return that some thought would never come. Even without the narrative surround the match, it would still be one of the best Wrestle Kingdom matches of all time.

Despite this match being the end of Kenny Omega in NJPW, it was still one of the best matches in both men’s career. G1 Climax winner Hiroshi Tanahashi took on IWGP Heavyweight Champion Kenny Omega at Wrestle Kingdom to try to regain his grasp on the top of NJPW.

Omega finally defeated Okada for the Championship earlier that year, and his reign would not last past the January 4th show at Wrestle Kingdom 13. The pair battled for nearly 40 minutes in an exhausting match, in which it took multiple Hi Fly Flows to finally put away Omega, expelling him for NJPW for good to sign for All Elite Wrestling.

The match that attracted so many Western fans to New Japan Pro Wrestling was AJ Styles vs Shinsuke Nakamura. AJ Styles was one of the best wrestlers in the world, and turned down an NXT deal to sign with NJPW after TNA failed to renew his contract. He took on Shinsuke Nakamura, the King of Strong Style who managed to elevate the IWGP Intercontinental Championship to a similar level to the companies Heavyweight championship.

The match was a breath-taking encounter, with both men hitting each other hard and managing to find counters to their opponents counters. It was a fast-paced, hard hitting brutal battle between two of the all time greats, and was the last big match for both men inside NJPW. Both men would soon sign for WWE, with AJ Styles debuting at the Royal Rumble and Nakamura moving to NXT.

For the first time for two consecutive Wrestle Kingdom’s, the Dome’s main event was between Kazuchika Okada and Hiroshi Tanahashi. Okada was trying to become the new ace of New Japan, and had won the G1 Climax to earn a shot at Tanahashi at that years event.

The feud between the two was one of the most definitive of this era of New Japan. Okada had some success, but had ultimately failed to usurp Tanahashi as the ace of New Japan. The match between the two lived up to the huge rivalry that came before it. They battled for over thirty minutes before the champion put Okada away, securing his place at the top of the NJPW world.

Wrestle Kingdom 14 was the first to feature two nights of exceptional wrestling. While night two took place on January 5th, night one played host to the fifth best match in Wrestle Kingdom history.

G1 Climax champion Kota Ibushi, recently revoking his freelance status to sign full time with New Japan, challenged Kazuchika Okada for his IWGP Heavyweight Championship. Okada was one of the greatest champions New Japan had ever seen, and was putting his belt on the line before the winner took on Testuya Naito in the main event of night two.

After a long battle, Okada avoided a Phoenix Splash before hitting a series of moves, including two Rainmakers to defeat Ibushu. It was a brilliant match, that would somehow be surpassed one day later when he took on Tetsuya Naito…

Naito won the IWGP Intercontinental Championship from Jay White the night prior, and he defended the championship in a winner-takes-all match against IWGP Heavyweight Champion Kazuchika Okada. He made up for a disappointing Wrestle Kingdom 8 by showing the world he has what it takes to be a champion in NJPW. He fought off a valiant Okada, who solidified his reputation as one of the greatest of all time, in a brilliant match.

The year prior to this, Nakamura was voted ahead of Naito vs Okada to main event the Tokyo Dome show. However they were second to last in this one, with Shinsuke Nakamura defending his IWGP Intercontinental championship against Kota Ibushi.

Both men were at the top of their game here, and is considered the absolute peak of Nakamura in NJPW. He elevated the IWGP Intercontinental Championship to a level almost on part with the Heavyweight belt, and every match involving him felt like the biggest match in the world.

He beat Kota Ibushi in the Tokyo Dome in one of the best matches in Japanese history. After 20 exciting minutes, Nakamura hit Ibushi with the Bome Ye for the win, after Ibushi had mocked Nakamura’s move set all match. The pair bumped fists as a sign of respect after the match, topping off one of the best Wrestle Kingdom matches of all time.

Kazuchika Okada and Hiroshi Tanahashi have had some classic matches over the years. They’ve even had multiple classics in the Tokyo Dome. But the best of their bouts was their main event match at Wrestle Kingdom 10.

It carried on the story that had been building ever since Okada returned to Japan from excursion. Okada faced Tanahashi the year prior at Wrestle Kingdom 9, but would not make the same mistake twice.

In a match that was dubbed “One of the best matches in professional wrestling history”, Kazuchika Okada finally put down the Ace of the Universe to win the IWGP Heavyweight Championship and ascend to the summit of NJPW. Okada pinned Tanahashi after four long years of immense storytelling, and the RainMaker announced himself on the world stage as the best wrestler in the world.

Kazuchika Okada’s dominance as the King of Wrestle Kingdom ends with the best match in the events history. Kazuchika Okada entered the Tokyo Dome once again as the IWGP Heavyweight Champion, and faced one of his toughest competitors yet.

Okada took on the Canadian wrestler Kenny Omega. Omega had originally been signed to WWE devlopmental, but left to hone his craft in Japan, which in did wrestling for DDT.

Wrestle Kingdom 11 took place in 2017, and was the start of the year where Omega was named the Wrestler of the year by various publications. In 2016, he won the G1 Climax in his first attempt to challenge Kazuchika Okada for the IWGP Heavyweight Championship.

These two men were two of the best wrestlers in the world, and would have a quadrilogy of matches that would break Dave Meltzer’s rating system and redefine a great match in wrestling. However, the Wrestle Kingdom 11 bout was the first of the four, and was one of the greatest matches of all time, let alone just Wrestle Kingdom matches.

Okada would win the match after a gruelling 45 minutes. Okada pinned Omega with a Rain Making in what was at the time the longest Tokyo Dome main event of all time.

This match would be called the best match of all time, but for one small detail – the pair managed to surpass this match, which was almost perfect, multiple times. Kenny Omega vs Kazuchika Okada is an all time great rivalry and they produced the best Wrestle Kingdom match of all time. 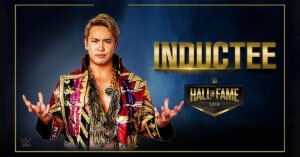 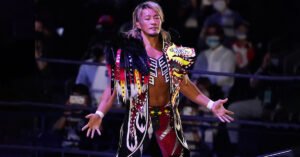 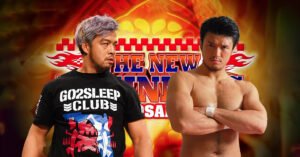