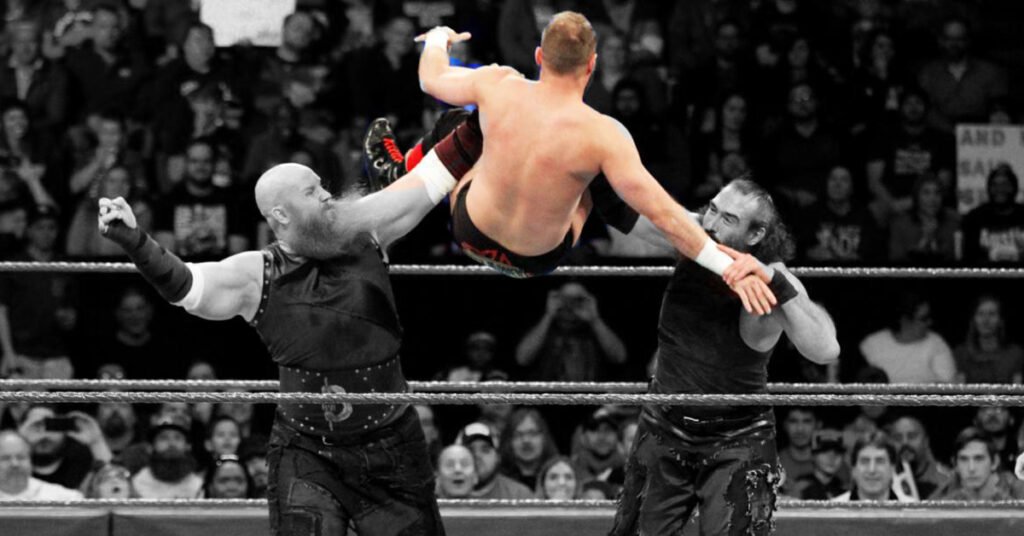 Colin Delaney has revealed in a recent interview that WWE banned the use of chops for every WWE except for one. Delaney had a memorable run as a jobber on ECW between 2007 and 2008.

He teamed with Tommy Dreamer before eventually turning on the former ECW Champion, and was released by WWE shortly thereafter. However, he made sporadic appearances in 2017 and 2018 as a jobber, and has since appeared in AEW as a developmental talent.

However, he revealed in a recent interview with Wrestle Inc that during his time in WWE he was panned from performing chops. The chop, made famous by Ric Flair, is a standard wrestling move and a huge part of every wrestlers repertoire. During his time in WWE, Vince McMahon decreed that only one man could use the chop, and that was the Heart Break Kid himself, Shawn Michaels.

“Things over in WWE seem to change like the wind seemingly. I remember one time where we did a meeting and nobody was allowed to chop but Shawn Michaels. Then like a month later I was out the door and everyone chopped. Sometimes it goes like that and they’re just real set on one thing. But that’s not forever, nothing is forever.”

Delaney also passed comment on the WWE’s current hiring policy. He remarks on how WWE has gone back to a policy of hiring larger wrestlers who have less of a background in wrestling. This could be a reference to Bron Breakker, the current NXT Champion who had no wrestling experience prior to signing for WWE.

““You would think when you look at the most successful wrestlers in history, in WWE history, they’ve all got these paths and backstories where they came up. Kind of the way that they’ve eliminated. They are seemingly going back to a way that has proven not the most successful over the course of time. But I don’t know, who knows? Their company, man.””