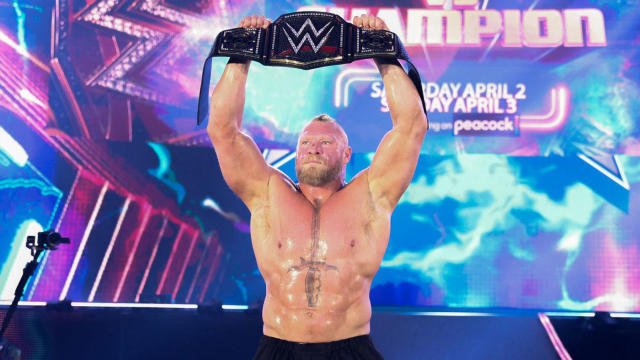 WWE Champion Brock Lesar has official announcement his retirement from UFC and MMA today. The former UFC Heavyweight Champion is a legend in the Octogon and is one of the most dominant fighters the division has ever seen.

In an interview with Post Wrestling before his WWE Champion defence against Austin Theory in Madison Square Garden, Brock Lesnar confirmed his retirement from the sport, claiming “I’m too old”.

The former UFC Heavyweight Champion was quoted as saying “I’m too old” before adding “that’s a young man’s sport, and that door is closed. I’m Brock Lesnar, the WWE Superstar.”

I’m too old. That’s a young man’s sport, and that door is closed. I’m Brock Lesnar, the WWE Superstar.

Brock Lesnar retires from UFC with an impressive record of 5-3-1 inside the Octogon, and is a former UFC Heavyweight Champion. He defeated UFC Legend Randy Couture to win the UFC Championship. He defended the champion two times, against Frank Mir and Shane Carwin, before losing the championship to rival Cain Velasquez.

He would go on to face Velasquez ring again, but it was a WWE ring where the two would face off. Brock Lesnar defeated his rival in Saudi Arabia in WWE, in one of the WWE worst matches ever.

What do you think about Brock Lesnar retiring from UFC? Do you think he should have one more fight inside the Octogon? Let us know in the comments or click below to keep reading.