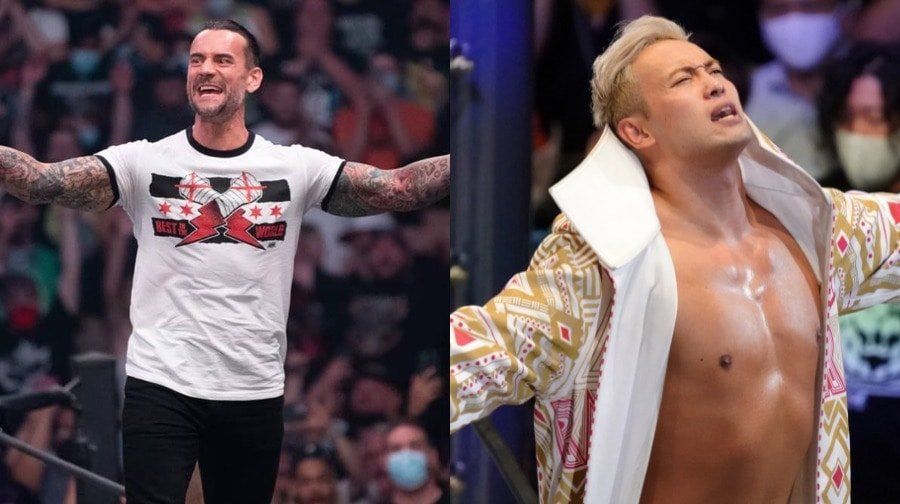 With the second night of Wrestle Kingdom 16 now finished, Kazuchika Okada could turn his head to AEW star CM Punk. In a recent interview, Okada spoke about the dream matches he has left in wrestling. On that list were two of the top stars in AEW, namely CM Punk and Bryan Danielson.

Okada added that he would have to have those matches soon, before the pair “Will retire eventually”. Danielson is rumoured to be retiring in three years once his AEW deal comes to an end, while Punk’s contract situation is unknown.

“Danielson and Punk would make for some incredible matches,” Okada says. “A lot of those dream match scenarios are about getting excited for the possibilities, and once the match is done, it’s done. So it is important to keep that excitement and anticipation, I think. Still, if we wait too long, they’ll both retire eventually, so I want to face them both while they’re still active.”

It is always been a dream of Bryan Danielson to wrestle in Japan, with a match with Shinsuke Nakamara reportedly top of his wishlist. However, with Nakamura still in WWE, it seems Okada and Tanahashi would be next on the list to face the American Dragon.

Danielson has remain silent on the issue, but that hasn’t stopped CM Punk from weighing in on Okada’s comments. The Chicago native responded to Okada on Twitter, tagging him in his tweet that said “Here’s my address, come see me” before listing a Chicago address.

Some fans mistakenly thought that the address in question was Punk’s actual home address. It was actually the address for the United Centre in Chicago, the arena where CM Punk made his long awaited return to wrestling after seven years out, on AEW Rampage. It could well be the setting for a CM Punk vs Kazuchika Okada match.

The match would be another example of the Forbidden Door in AEW, with multiple stars of NJPW stepping through to battle their AEW counterparts. Top stars like Minoru Suzuki and Tomohiro Ishii all made their way to AEW for matches, as well as legends like Yugi Nagata and Toshiaki Kawada.

Kazuchika Okada vs CM Punk would be a bigger match than any before. Whilst Bryan Danielson vs Minoru Suzuki was a five star classic, it did not have the name recognition that Okada brings to a match. Hearing the coin drop following by Okada’s entrance in AEW would be up there with the debut of CM Punk back in August in terms of shock value and star power.

Would you like to see CM Punk vs Okada?