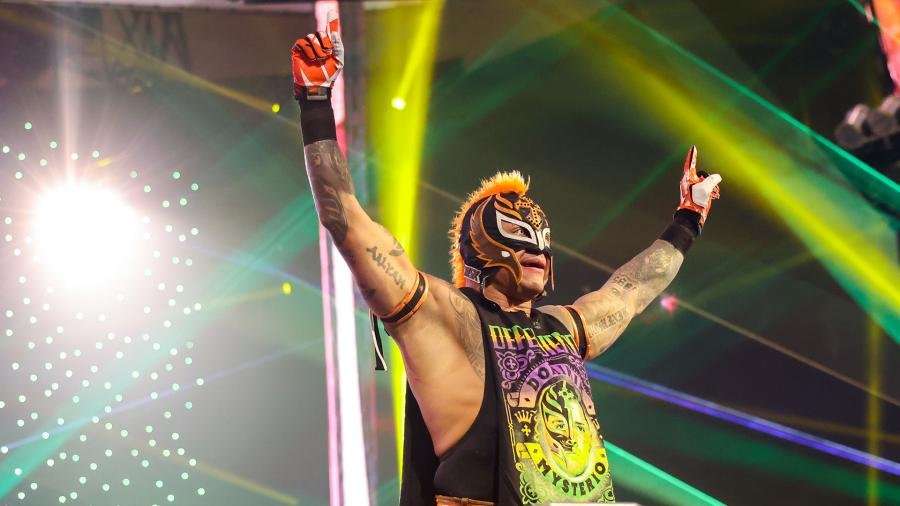 Rey Mysterio is one of the greatest wrestlers of all time, and one of the most influential luchadores in the history of Lucha Libre. He transformed the cruiserweight division of wrestling in the United States with his incredible high-flying style in ECW and WCW.

His run in WCW made him one of the most popular Mexican wrestlers in the world, whilst he became a household name in the United States after joining WWE in 2002. In WWE, he became a WWE Champion, a World Heavyweight Champion and even won the 2006 Royal Rumble.

Is Rey Mysterio in the WWE Hall of Fame?

No, Rey Mysterio is not in the Hall of Fame. The former World Heavyweight Champion is an active wrestler on the Raw roster, and recently held the Raw Tag Team Championships with his son, Dominik Mysterio. WWE superstars are not usually inducted into the WWE Hall of Fame while active wrestlers, with very few exceptions.

So far, only two wrestlers have been inducted into the WWE Hall of Fame whilst being active in-ring competitors. Ric Flair was the first in 2008, and Bill Goldberg was the second in 2018. Ric Flair retired the day after his induction, whilst Goldberg retired a few years later but only wrestled very sporadically during that time.

If Rey Mysterio was deciding to retire some time in the near future, then WWE could consider him to be inducted in the WWE Hall of Famer. However, as he looks set to continue his career for many years wrestling with his son Dominik Mysterio, it is unlikely to see Rey Mysterio as a Hall of Famer.

While Rey Mysterio has not been inducted into the WWE Hall of Fame, he has made a career for himself that guarantees himself a spot in the hallowed halls once he retires. He has a 35 year career and looks the best he’s ever been in the ring.

He has won a number of championships in the WWE, whilst also spending a spell away from Vince McMahon in the mid-2010s. He wrestled two matches for New Japan Pro Wrestling, as well as taking part of the main event of ALL IN, the precursor event to AEW.

When Rey Mysterio in the WWE Hall of Fame becomes a reality, it will be one of the longest overdue and most deserved inductions of all time. He has been an inspiration from thousands of wrestlers since his debut, and has proved that even the smallest man can achieve his biggest dreams, by just flying through the air at 1000mph and being one of the best wrestlers to ever live.

Do you think we should see Rey Mysterio in the WWE Hall of Fame? Let us know in the comments or click below to read more