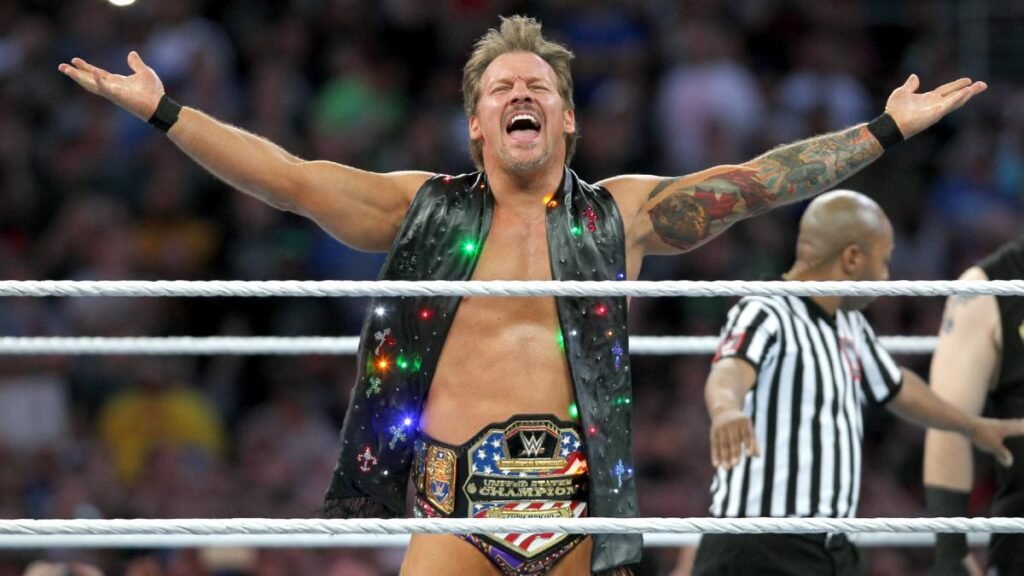 Will WWE allow Chris Jericho into the WWE Hall of Fame?

Chris Jericho is one of the greatest wrestlers of all time. He has wrestled all around the world, from Canada to Mexico to Japan and to the United States, he has been a constant star in wrestling for over 30 tears.

However, no matter how deserving, fans have wondered – is Chris Jericho in the WWE Hall of Fame? Will Vince McMahon put aside the WWE and AEW rivalry to properly honour a legend of the ring like Chris Jericho?

Is Chris Jericho in the WWE Hall of Fame?

Now 51 years old, Chris Jericho is of the age where WWE would consider him to join the WWE Hall of Fame. However, is not likely likely to be inducted soon. This is due to his current relationship with rival promotion All Elite Wrestling (AEW). Chris Jericho was the first AEW Champion, and joined the promotion after leaving WWE and having a stint in New Japan Pro Wrestling (NJPW).

He joined AEW at the start of 2019, and was a major star in the company from the offset. AEW Dynamite went head to head with NXT on Wednesday nights, making them the enemy of WWE and something to be hated by Vince McMahon and WWE.

Since then, Jericho was not mentioned on WWE, and he has not appeared on WWE TV since RAW’s 25 Anniversary episode on January 2018. However, he did make a surprise appearance in Saudi Arabia on The Greatest Royal Rumble pay per view, live on the WWE network. That was Chris Jericho’s last WWE match.

However, Chris Jericho did feature on the WWE Network on an episode of Broken Skull Sessions. Released on April 11, 2021, Chris Jericho was the guest of Stone Cold Steve Austin, being interviewed about his long career, worthy of being a WWE Hall of Famer.

“Probably not gonna happen. But I think probably the best guy…who should it be? Probably the best guy would be Kevin Owens, I would say because Kevin Owens was a fan of mine when he was a kid,” Jericho said. “And obviously we had a great program, like I said, still one of the best programs I’ve ever had – right up there with the (Jon) Moxley one.” SOURCE

Whether or not we see Chris Jericho in the WWE Hall of Fame, he has earned himself his plaudits over a legendary 30 year career inside the squared circle. He is one of the greatest wrestlers of all time, and if Vince McMahon allows it, will be an automatic headliner for any class of the WWE Hall of Fame.

Would you like to see Chris Jericho in the WWE Hall of Fame? Let us know in the comments or click below to read more.