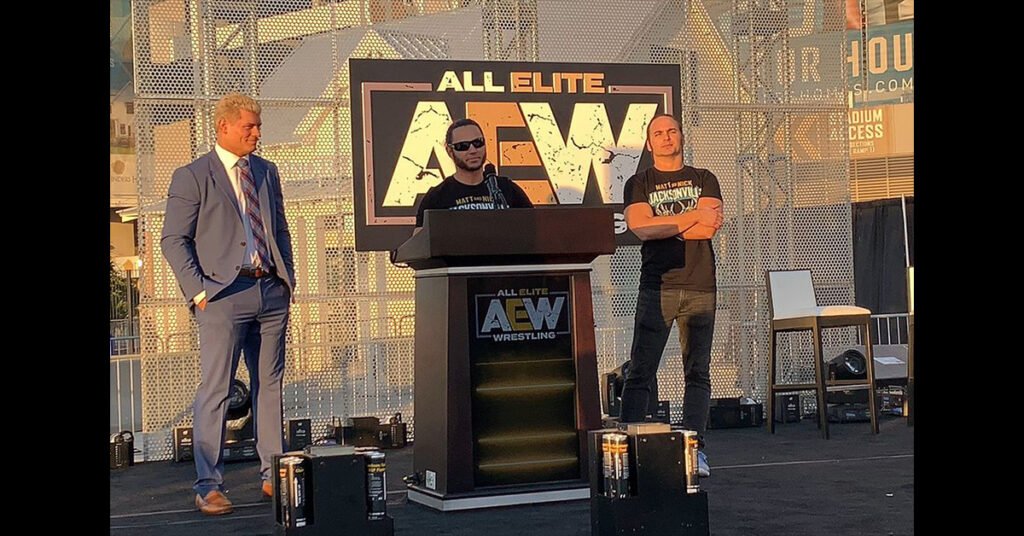 January 1st is the first day of the year and always likely to bring something new. As the clock strikes 12 and the day changes from 31st December to January 1st, anything is possible. The came can be said in wrestling as we look at what happened today in wrestling history, and look at the biggest stories in wrestling to happen on January 1st.

On the 1st January 2019, The Young Bucks, Cody Rhodes, Adam Page and Tony Khan all came together to formally announce the creation of a new wrestling company.

That company was All Elite Wrestling, otherwise known as it’s acronym AEW. The show was revealed by a Youtube video featuring Nick & Matt Jackson, Cody Rhodes and Adam Page outside the Tokyo Dome in Japan. They were due to compete at that years Wrestle Kingdom, but before that had to announce their next venture in America.

The Young Bucks and Cody Rhodes showed their phones to reveal the name of the groups next pay per view, Double or Nothing. However, Hangman Page remarks that his phone says “something different”, turning it round to reveal the name and logo of their new wrestling promotion, All Elite Wrestling (AEW).

On this date in 2007, rapper Kevin Federline pinned John Cena on an episode of Raw to win a match between the two. The artist, whose biggest claim to fame was his marriage to Britney Spears, had been feuding with Cena for an astonishing two months.

For some reason, the rapper had interfered in Cena’s match at Cyber Sunday 2006. Then he challenged Cena to a no-disqualification match on the new years edition of Monday Night Raw, a match that I’m sure nobody was even slightly excited for.

For reasons unknown to anyone, Keven Federline beat the WWE Champion in the middle of the ring. Thankfully, it was not under his own power, as Cena’s opponent for the Royal Rumble that year Umaga interfered and beat down the Champ. It was the end of K-Fed’s career in WWE, while he rap career soon petered out like his marriage to Britney Spears.

On January 1st 1983, Ric Flair defended his NWA World Heavyweight Championship against long time rival Dusty Rhodes. The match took place in Checkerdome in St. Louis, and was the final card ever booked by long-time booker Sam Munchnik. He had been promoting events since 1938, and retired that day after 51 years in the business.

Ric Flair vs Dusty Rhodes for the NWA World Heavyweight Championship would end with Flair walking out with the gold. He retained his title in a 2 out of 3 falls match, defeating the American Dream by two falls to one. 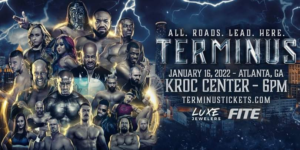 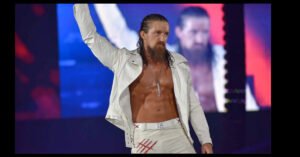 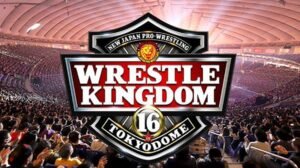