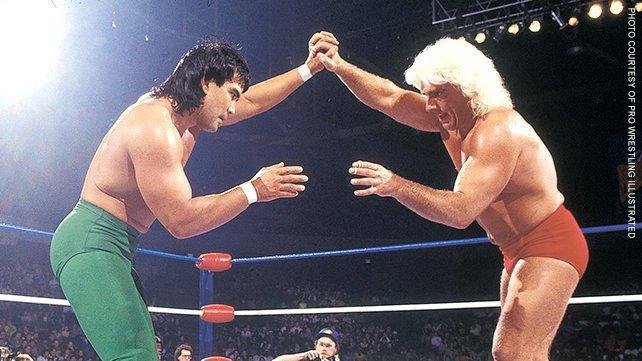 From 1988 to 2001, World Championship Wrestling (or WCW) was side by side with the WWE as the top wrestling companies in the world. They dominated wrestling in the United States in the 1990s, topping the TV ratings and putting on some of the best pay-per-views money could by.

WCW went toe-to-toe with WWE at every turn, even surpassing them for an 83 week stretch in the ratings. Where WWE had Steve Austin, WCW had Goldberg. Where WWE had The Rock, WCW had DDP. And where WWE had Triple H and Shawn Michaels as D-Generation X, WCW changed the wrestling landscape with the trio of Scott Hall, Kevin Nash and Hulk Hogan as the New World Order (NWO).

This article will go through the greatest matches in the history of WCW. It will feature the best WCW matches from the companies start in 1988 to its closure and purchase by WWE in 2001. Featuring some of the greatest wrestlers like Ric Flair, Eddie Guerrero, Terry Funk and Steve Austin, it has some of the best matches of all time in it, and not just in WCW.

The first match of the list of the best WCW matches is a classic cruiserweight match between two of the top Junior Heavyweights in WCW history. Japanese legend Jushin “Thunder” Liger took on “Flyin” Brian Pillman in a match that wowed the fans in 1992 that had never seen wrestling quite like this.

The match was certainly ahead of its time, and had the crowd on the edge of their seat for the entire match, especially near the end with some sweet, terrific counter sequences. It was definitely the best match of the night and showcased two legends of the ring in their primes in a WCW classic.

While WCW featured some of the top stars in wrestling like the NWO, Hulk Hogan, Sting and Lex Luger, it was the WCW Cruiserweight division that was the jewel in the promotions crown. The influx of talent coming in from Mexico and Japan (usually via ECW) created one of the most talented rosters of all time.

Whilst the main event of the shows were usually some NWO-related nonsense, the undercard featured the best cruiserweight action money could buy. At Starrcade 1998, the cruiserweight championship was on the line in a triple threat match between Rey Mysterio Jr, Billy Kidman and Juventud Guerrera.

Kidman retained his championship in a fast-paced encounter that kept the crowd on it’s feet all match, and was one of the best matches bell-to-bell in the history of WCW.

Vader had been a dominant champion in WCW on the run up to Starrcade 1993. He had defeated Sting twice and Ron Simmons once to become a three time champion in WCW and was one of the greatest WCW wrestlers of all time.

He had defeated everyone he had faced in dominant fashion. This is why his match-up against Ric Flair at Starrcade 1993 was a huge match-up. Flair was the WCW fan-favourite and the last hope for WCW to take the title back from the monstrous Big Van Vader. However, on the run up a huge stipulation was added to the match which terrified the WCW faithful. If Ric Flair won, he has to retire.

In an incredible bout that had the crowd on their edge of their seats for over 20 minutes, Ric Flair rolled up the WCW Champion to win the world championship and save his career, in one of the best WCW matches of all time.

A dream match for many, one of the best WCW matches only came about due to a tragedy. This match was booked as a tribute to Owen Hart, the brother of Bret Hart, who had fallen to his death at WWF Over the Edge 1998.

While the pair had faced of before, it hadn’t been so high profile and given so much time than it did on WCW Monday Nitro. The pair went 25 minutes in one of the great technical wrestling bouts, showcasing both men’s incredible in-ring skills.

Bret Hart picked up the win to round off an incredible match. The friendly contest between two of the greats to honour Bret’s brother helped make this one of the most touching, and best WCW matches of all time.

On a night where Hulk Hogan joining the NWO dominated the wrestling world, an incredible match between Rey Mysterio and Psychosis has seemed to fly under the radar as one of the best WCW matches.

The main event of Bash at the Beach 1996 was star studded, but Eric Bischoff clever booked long time rivals south of the border to open the show. Their incredible chemistry and ridiculous pace of wrestling meant an explosive opener that wowed fans and got everyone hot for a great show of wrestling.

WCW brought on commentator Mike Tenay in to explain some of the incredible moves this pair were showcasing. Before this match, moves like Huricarana”, “Senton”, “Asai Moonsault” and “Enziguri” were unknown to most US fans, and added an air of intruige and excitement to their matches.

The best war games in WCW history was the epic encounter between Sting’s Squadron and the Dangerous Alliance at WCW Wrestlewar 1992. Paul E. Dangerously led the Dangerous Alliance, comprised of Steve Austin, Rick Rude, Arn Anderson, Bobby Eaton and Larry Zbyszko. Five WWE Hall of Famers who you would have thought was the most star studded team of all time.

That is until you look at their opponents. Led by WCW Icon Sting, his squadron included Barry Windham, Nikita Koloff, Ricky Steamboat and Dusty Rhodes. They were five of WCW’s greatest ever faces and some of the most popular men in wrestling history.

It was a classic that went over 25 minutes, and all 10 men brutalised each other inside the dual cages. In the end, Sting forced Bobby Eaton to submit using his Scorpion Death Lock, ending one of the best WCW matches of all time with the good guys standing tall above the bloodied carcasses of the Dangerous Alliance.

3. Ric Flair vs Terry Funk (I Quit Match) – NWA Clash of the Champions 9

An old-school brawl was exactly what the I Quit match between Ric Flair and Terry Funk was one of the best WCW matches of all time. It was the fifth Ric Flair match of 1989 to be rated 5 stars by Dave Meltzer. It was a simple match, which much less of the hardcore-focused style that has dominated I-Quit matches in recent years.

Funk had challenged, and lost, to Flair 4 months earlier, failing to win the WCW Championship. Not deterred, the pair feuded on and off for months until it was decided that the ultimate winner was to be decided at NWA Clash of the Champions, in an I-Quit match. The rules of the match stated that the winner was the one to make their opponent say “I Quit”, so it was similar to a submission match in that regard.

The match was a simple one and told a simple story, but both men performed it perfectly. Both men simply tried to wear down the other, forcing them to quit with whatever brutal holds they could think of. Chops, piledrivers and figure 4’s filled the match, and both men looked capable of winning the match right down until the ending.

Eventually, Ric Flair locked in the Figure 4. Funk, feeling the exrusiating pain of his leg about to break, was forced to say the immortal words and lost to Flair in one of the best WCW matches ever.

One of the greatest matches of all time was the epic encounter between two of the top Hispanic wrestlers of all time – Rey Mysterio and Eddie Guerrero.

The pair did not have a huge rivalry or story coming into this match. Both men had wrestled many times before in Mexico, and were both ECW alumni. Eddie Guerrero was the heel WCW Cruiserweight Champion, determined to keep his championship at all cost, under threat from the ultimate underdog in Rey Mysterio.

The match was a Luchas de Apuetas match, or a wager match. This meant that both men were putting something on the line in this bout. If Mysterio won, then he would become the new WCW Cruiserweight Champion. If Guerrero won, then Mysterio would be forced to remove his mask, one of the most humiliating acts one can befall on a Luchador.

The match was revolutionary. It is one of the great cruiserweight matches ever, and was rightfully included on the Rey Mysterio WWE 2K showcase. Both men gave it everything they had and pulled out moves most WCW fans had never seen before.

Even today, it holds up as one of the great matches ever. Both men were in their physical prime and impressing audiences every week, but this match was special, and rightfully number of this list.

As there were so many to choose from, it seemed unfair just to full the list with the classic matches between Ric Flair and Ricky Steamboat. These matches (four of the top five WCW matches according to Cagematch.net) are between The Nature Boy and The Dragon and are regarded as some of the greatest matches ever on American soil.

The pair put on one of the greatest trilogies of matches ever when they fought over the NWA World Heavyweight Championship Belt in 1989. Their first bout was at the Chi-Town Rumble, where Steamboat defeated Flair to win the Championship. Then, Steamboat defended his championship in a two-out-of-three falls match at Clash of Champions. Steamboat won the match, but with Flair’s foot underneath the rope at the finish, WCW officials decided a final match was needed and it would take place at WrestleWar.

Ric Flair would win the final match of the trilogy and regain his NWA Championship. It was one of his 16 (according to WWE, over 20 if you ask Flair) World Championships, and Steamboat was never given a rematch by WCW officials despite losing the NWA World Heavyweight Championship.

This was just one of many incredible matches between the two men, including one that broke the Dave Metlzer Five Star Matches scale, with their house show match in 1989 earning an incredible 6 star rating. This would not be beaten until Kenny Omega vs Kazuchika Okada 19 years later.

What do you think is number 1 of the best WCW matches? Let us know in the comments or click below to keep reading 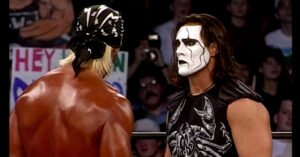 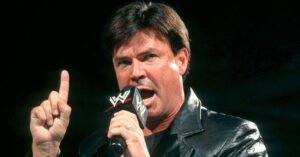 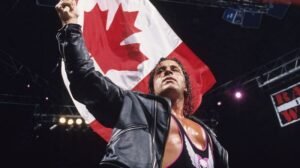 Bret Hart – Ranking the Hitman’s Worst Matches of all time