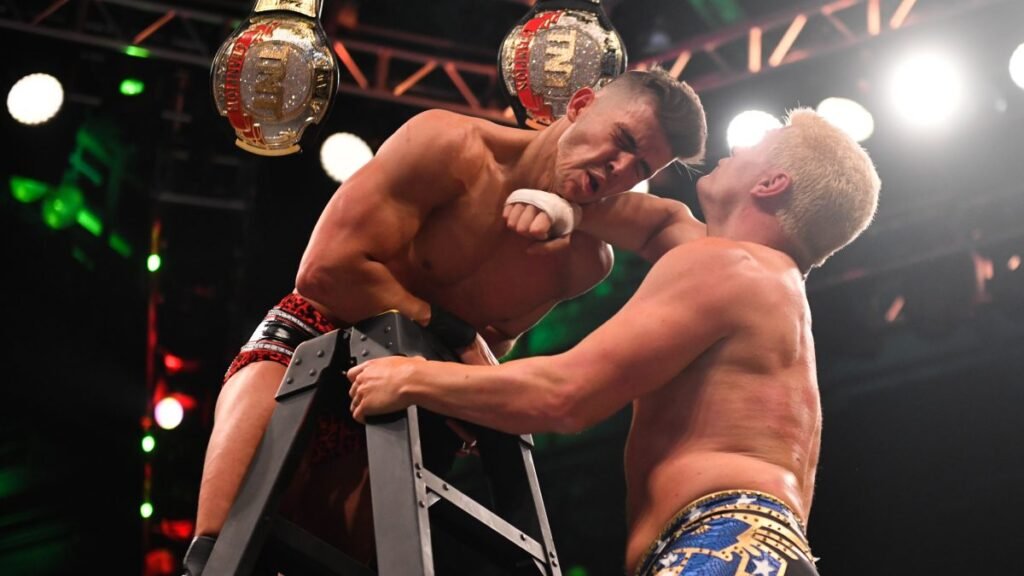 Which do think is the best of the Dave Meltzer five star matches 2022 in this list?

Wrestling Observer’s Dave Meltzer is one of the most well respected and longest tenured wrestling journalists in the business. He has covered Pro Wrestling and Mixed Martial Arts for over 40 years and is considered top in his field of Pro Wrestling coverage.

His weekly Wrestling Observer Newsletter covers all manner of wrestling news, rumours and spoilers and is considered one of the most in-depth and well written newsletter in the world. First sent out in print in 1980, it is now available online, as is his vast archive of newsletters dating back 42 years as a time capsule of wrestling throughout the decades.

One of the most popular parts of the newsletter is the match ratings. Fans flock to the newsletter to see which match will receive the Dave Meltzer five star matches rating. It is the mark of a great match and a marker of which matches you absolutely need to see.

While some matches have been rated over the five star mark, it is generally considered that the Dave Meltzer five star rating is one of the biggest accolades a wrestler can receive for a single match. Wrestlers like Kenny Omega and the Young Bucks have mentioned being honoured by a high rating by Dave Meltzer.

In this article, we’ll take you through every one of the Dave Meltzer five star matches 2022. It will showcase all the best matches the year has the offer, and will include any match Dave Meltzer rated five stars or above. With the highest rating ever given being a 7 star, for Kenny Omega vs Kazuchika Okada, there are no shortages of great matches to be included on this list.

Note: This list be will continually updated as more matches are rated by Dave Meltzer and awarded the Dave Meltzer Five Star Matches 2022 award.

Are there any Dave Meltzer five star matches 2022 on this list you feel didn’t deserve to be included? Let us know in the comments after this article.

The year opened with a bang as Will Ospreay and Kazuchika Okada opened the list of Dave Meltzer Five Star Matches 2022 with a Wrestle Kingdom classic in the main event of the Tokyo Dome.

On night two of the event, Kazuchika Okada defeated one the best British wrestler in the world to retain his freshly won IWGP Heavyweight Championship. The night before facing Ospreay he had defeated Shingo Tagaki to win the championships, in a match that narrowly missed out on Dave Meltzer’s five star rating.

Cody Rhodes recently left AEW and is expected to sign with WWE. However, he went out with a bang with his final match, a title unification bout against interim TNT Champion Sammy Guevara.

The pair battled in the first one-on-one ladder match in AEW history, in the opening match on the episode of AEW Dynamite. It featured incredible action and ridiculous bumps, including Guevara hitting a cutter from one ladder to the next on Cody and crashing down onto the mat with an almighty thud.

Sammy Guevara picked up the win to become the undisputed TNT Champion. Cody would never wrestle again for AEW, with his contract expiring weeks later. It was his second AEW five star match, with the first being his Double or Nothing 2019 bout with his brother Dustin Rhodes.

It is the first AEW match on the list of Dave Meltzer Five Star Matches 2022.

Will Ospreay has his second match of the list of Dave Meltzer Five Star Matches 2022 with his RevPro battle against Michael Oku.

The young British star Oku challenged Will Ospreay for his RevPro Undisputed British Heavyweight Championship, in a rematch from their encounter in October last year. That match ended in referee stoppage, so the stipulation for this one was that the referee could not end it due to stoppage, no matter the situation.

This led to an intense match that both men put their blood sweat and tears into. Will Ospreay defended his championship in style, earning a five star rating from Dave Meltzer and catapulting 28 year old Londoner Michael Oku into the spotlight.

Which is your favourite of Dave Meltzer Five Star matches? Let us know in the comments or click Next Article to read more.