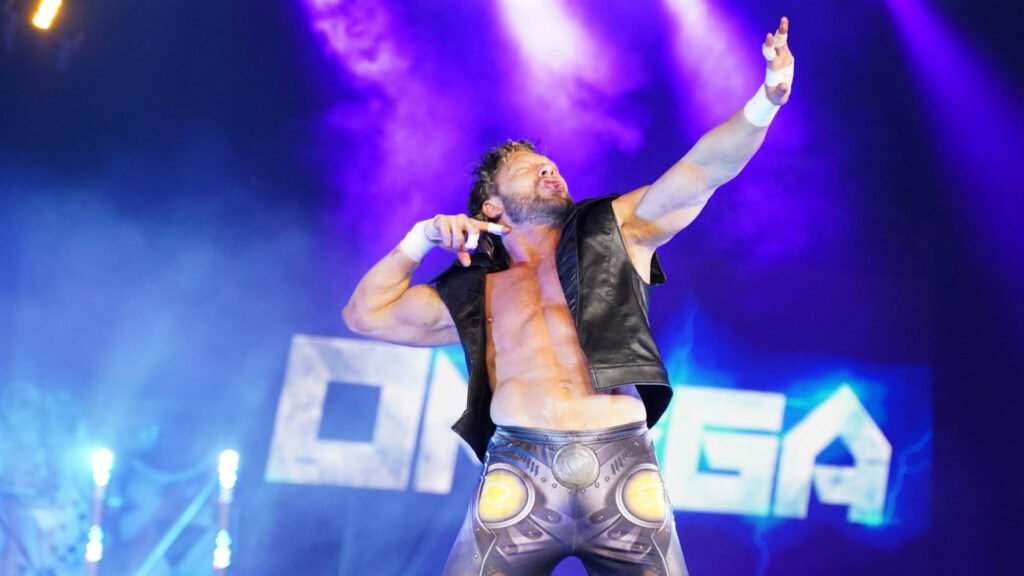 Former AEW World Champion Kenny Omega has previously revealed that he has been suffering with vertigo since his time before AEW.

However, in a recent interview with Wrestling Observer Radio, the former IWGP Heavyweight Champion revealed that the cause of his Vertigo issues came in his incredible match against long-time rival Kazuchika Okada.

The Kenny Omega vertigo issues first came to be in a match against Okada at the G1 Climax in 2017. He revealed an interview with WOR that he bumped off a drop kick from Kazuchika Okada, and hit the Japanese legends leg with his head. Despite not immediately feeling the effects of Vertigo, he knew something was off and remembered that moment.

He then revealed that he awoke that night dizzy and scared, unaware of what had happened. In addition, he knew he had the finals of the B Block the next day, only 12 hours removed from his previous match against Okada.

Kenny Omega vertigo woes have followed him in the ring since that day, and he has suffered ever since. Despite this, he has been able to change his in-ring style to compensate and work to the incredible standard he has set for himself.

Omega revealed that he was inspired by a Japanese game show to alter his style and do things that could compensate for Kenny Omega vertigo issues. They had MMA fighters do the thing were you spin around with your head on baseball bat and then get up and kick a dummy. He saw famous MMA fighter and vertigo sufferer Kazushi Sakuraba manage to complete the challenge, and Omega thought that it could help him with his illness.

In a video where Kenny Omega was undergoing chiropractic adjustment with Dr. Beau Hightower, he spoke about suffering from vertigo since 2018, including during his incredible matches against Kazuchika Okada, Adam Page and Bryan Danielson.

“Yeah, it’s been an issue since 2018. I just get really bad vertigo. I get dizzy in the ring. I can’t — the room spins. It’s been a new skill I’ve had to inherit is wrestling in a spinning ring. So to make sure I get that straightened out as much as I can, as often as I can is really paramount for my performances.”

“Yeah, there’s a myriad of issues with professional wrestling and you can work as safely as you can, But you can’t avoid everything. There’s always something that could go wrong.”

Kenny Omega vertigo struggles are well documented at this point. It simply serves as a reminder of what an incredible wrestler he is, being able to be the best wrestler in the world despite having his head spinning and feeling dizzy each time he stepped into the ring.

Kenny Omega vertigo reveal is a shocking one for fans who thought that Kenny Omega was healthy during his AEW Championship run. Hopefully Omega can find a way to continue to combat his illness and soon we get Kenny Omega back for another run as AEW Champion.

What did you think? Did you know about the Kenny Omega vertigo struggles? Let us know what you think in the comments, or click Next Article to read more.