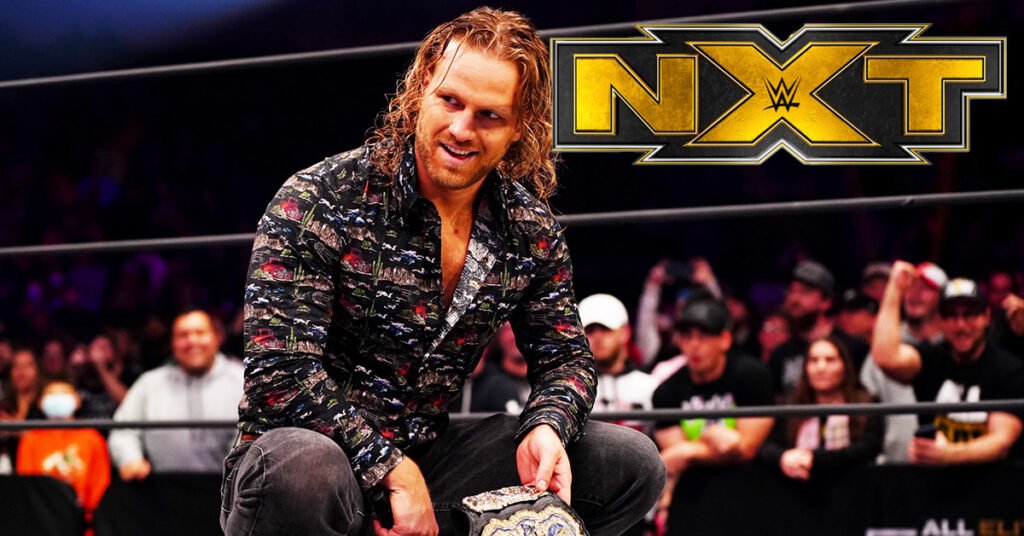 With rumours of a Cody Rhodes WWE return, Adam Page has revealed that he turned down WWE before the formation of AEW. An Adam Page NXT offer was on the cards in 2018, before he and his fellow Bullet Club members helped from AEW and grow it to one of the top promotions in the world.

While an Adam Page NXT run would have been incredible to watch, he surely made the right choice. Whilst main event NXT Championship matches against the likes of Adam Cole, Kyle O’Reilly and Keith Lee could have happened, it’s likely that he will face these men in AEW instead. Adam Cole vs Adam Page is even set to main event AEW Revolution 2022.

In an interview with Brian Campbell on State of Combat, the AEW Champion spoke about how he was approached by WWE with an offer to sign with the promotion. It was reported by Dave Meltzer that WWE wanted him as the latest member of the NXT brand, but Page felt that WWE wasn’t the right fit at the time.

“That was an option for me at one point. It was something for me that I heavily considered, but you know, it didn’t feel right for me at that time, and I really couldn’t say enough how pleasant everyone was to deal with with the talks and negotiations. It was very professional, and honestly, they were not on the bottom of the list, either.

“They were more after me than most I would say. They put a lot more effort into me and time than others did, so it was a real consideration, but I guess when I was a kid that was [what] you wanted to do—you wanted to grow up and be in the WWE because it’s the biggest thing ever—but it just didn’t feel right and didn’t become a goal for me anymore. It wasn’t something that became an interest to me because of the name brand alone. When it came down to it, doing this other thing seems so much more rewarding and fulfilling.”

After turning down WWE, we never saw an Adam Page NXT run. Instead, he stayed with The Elite and with the backing of Tony Khan formed All Elite Wrestling. With the help of The Elite AEW became one of the best promotions in the world, with all five members (Adam Page, Kenny Omega, Nick & Matt Jackson and Cody Rhodes) winning gold in AEW.

However, Cody Rhodes became the first member of The Elite to leave the promotion, and is expected to sign for WWE in the coming days. Unlike Adam Page NXT is not an option for Cody Rhodes, whose goal is to be a top player in WWE and to main event Wrestlemania, not to spend years in WWE developmental.

Thankfully, Adam Page stayed with his The Elite friends and formed All Elite Wrestling, or AEW. They helped build the promotion into one of the biggest and most watch wrestling companies in the world.

AEW has been the place where some of Adam Page’s best matches in his career have been. Since becoming AEW Champion, he has faced Bryan Danielson twice in two of AEW’s best ever matches. He followed that up with a brutal Texas Death Match against Lance Archer which featured one of the best Buckshot Lariats of all time.

He looks set to continue his incredible AEW Championship reign with a match at AEW Revolution 2022. Adam Cole vs Adam Page looks to be the main event of that show and is sure to be an incredible match. It pits former NXT Champion Adam Cole against Adam Page NXT never-was in a blockbuster match that will go down as one of AEW’s best matches.

What would you think about an Adam Page NXT debut? Was he right to choose AEW over WWE? Let us know in the comments or click Next Article to keep reading.