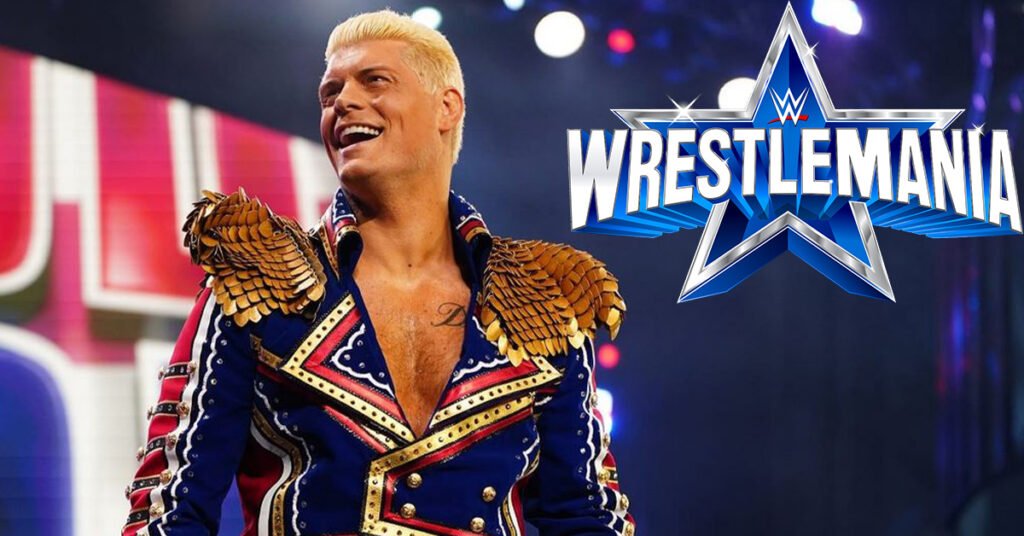 AEW stars and founders Cody Rhodes and Brandi Rhodes recently announced their departure from the company. The son of the legendary Dusty Rhodes is a huge star in wrestling, and a Cody Rhodes Wrestlemania return could help restart the war between WWE and AEW.

Cody Rhodes and Brandi Rhodes the most recent AEW wrestlers released by the company. Who will be the next AEW releases, now that Brian Cage has had his contract extended?

The world was shocked today when AEW and Cody Rhodes both released statements regarding the latter’s exit from AEW. The three-time TNT Champion posted a heartfelt goodbye to all those in AEW who helped him and the company grow, including Tony Khan, Kenny Omega, Chris Jericho and his brother Dustin Rhodes.

He ended the lengthy statement, posted to his Twitter account, with “Thank you, fans. Y’all did the work. Let’s live forever.”

With a similar statement being put out AEW, and confirmation from wrestling journalists like Sean Ross Sapp and Dave Meltzer, the Cody Rhodes Wrestlemania return looks more likely and likely.

Who he will face is currently a mystery, or if he even will have a match at the show. Cody Rhodes may not even return at Wrestlemania, although a surprise re-debut by one of their competitors biggest stars seems like the best option, a-la The Hardy Boyz from Wrestlemania 33

With AEW unable to offer Cody the money he wants, according to Fightful Select, which alerted WWE and allowed them to make contact with the younger Rhodes. According to reports, Cody Rhodes “sought a big money deal” which AEW refused to match,. This opened the door for WWE, with it’s considerably bigger wage budget, to swoop in and sign their former wrestler to a deal.

Why would Cody Rhodes leave AEW to sign for WWE? Is the sway of seeing Cody Rhodes Wrestlemania return really enough to make one of AEW’s EVP’s leave the company they helped found?

Well, yes. Cody Rhodes made it clear that WWE was always the end goal. He left WWE due to frustrations that he was not good enough, and that WWE did not see him as a main event talent. It’s common knowledge that during the formation of AEW, he was heavily drawn to a return to WWE as a main eventer.

The end goal for Cody Rhodes run on the independent scene has always been a return to WWE. In multiple promos he professed to be undervalued and written off in his career, and vowed to showcase his main event-calibre talent outside of WWE, just like his father. One of his best promos showcased this, and one of AEW best promos of all time.

There are many reasons why Cody Rhodes has left AEW for WWE that have been reported. While a Cody Rhodes Wrestlemania re-debut is possible, it is currently not reported that he has signed for WWE at this moment in time.

However, it is heavily reported that he will sign with WWE after leaving AEW. It is reportedly not a work of any kind and it is completely real that he and wife Brandi Rhodes contracts with AEW have run out.

But why did he leave AEW? Well, Sean Ross Sapp of Fightful Select wrote that one of the main reasons for his departure was wanting more money, and also not getting on with the other EVP’s (Kenny Omega and The Young Bucks) was another important factor.

“Cody Rhodes and Brandi Rhodes have left AEW after they could not come to terms on a new contract. Fightful was told by AEW sources last Friday that Cody sought a big money deal, and several didn’t think that a re-signing was going to happen.

By that night, numerous people inside and outside the company had knowledge of the situation, and were of the belief that Cody was leaving the company. However, inquiries started to come to Cody directly over the weekend, which he claimed were spun. “

A Roman Reigns vs Cody Rhodes Wrestlemania main event could be a possibility in the future, but with WWE’s wayward plans and their previous reservations about Cody’s main event status, only time will tell if Cody Rhodes will fare better in WWE than AEW.

With Cody Rhodes going to WWE, could we be seeing AJ Styles to AEW? Or Brock Lesnar to AEW? Who do you think will be the next WWE star to make the jump to AEW? Let us know in the comments or click the Next Article button to keep reading.