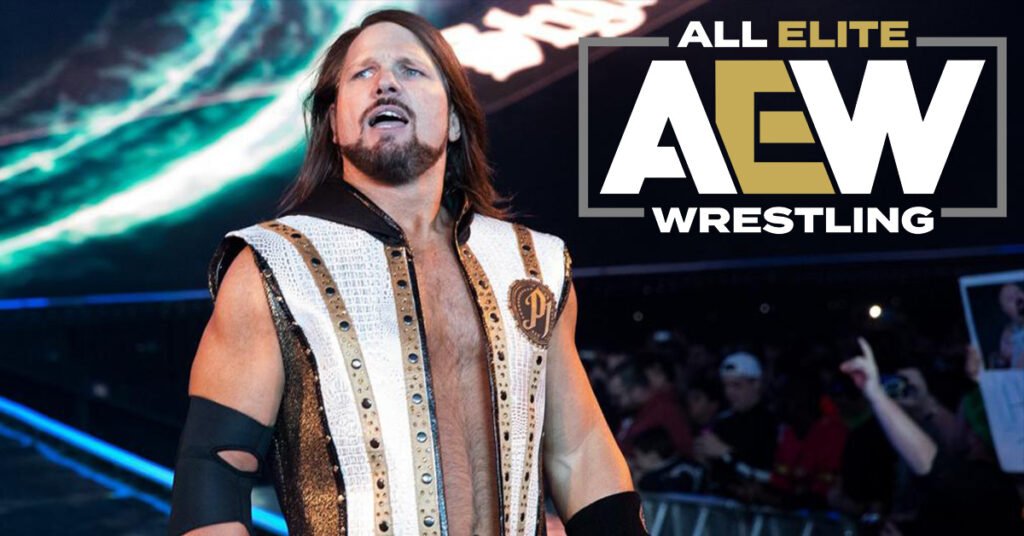 Fans of both WWE and AEW have been wondering whether the rumours of AJ Styles to AEW could be true. The Phenomenal one has been linked with a switch to AEW in recent years, with the promotion being run by Tony Khan and his ex-Bullet Club teammates, Kenny Omega and The Young Bucks.

AJ Styles revealed his signed a new WWE contract in 2020, keeping him at the company for a number of years. However, this does not rule out a move for AJ Styles to AEW, as many contracts have had their contracts terminated over the last few years, despite lengthy deals with WWE.

Is AJ Styles going to AEW? Currently, he has a contract with WWE and doesn’t look likely to leave. In recent years he has been positioned as one of the top faces in WWE, winning the WWE Championship.

AJ Styles came in to WWE in 2016, making his debut at the 2016 Royal Rumble. Since then, he has main event Wrestlemania against The Undertaker, beaten John Cena twice and faced Brock Lesnar in a champion-vs-champion match.

AJ Styles to AEW does not look likely at the moment, but at one point seemed certain. Prior to the first episode of AEW Dynamite, AJ Styles and former Bullet Club members Luke Gallows and Karl Anderson were in talks with AEW to sign a deal with the company.

Executive Vice President of AEW Matt Jackson, of the Young Bucks, revealed that AEW held talks with AJ Styles to sign a deal with company. The plan was to debut him alongside Karl Anderson and Luke Gallows with the trio attacking The Elite (Kenny Omega and The Young Bucks) to close the show.

Matt Jackson spoke on the Talk ‘n Shop podcast hosted by Gallows and Anderson about AEW’s plans to bring in The Good Brothers and a third mystery man to debut on AEW Dynamite.

“When we were pitching ideas to have you guys [Anderson and Gallows] come in, it was not going to be just the two of you [debuting on AEW],” Matt Jackson said, “There was going to be another person who I would not name.

“Let us just say he’s another Bullet Club member you may not want to talk about.”

That man was AJ Styles, who was deep in contract discussions with both WWE and AEW. However, once WWE caught whiff of AJ Styles to AEW, they offered him a bumper contract to keep him at WWE for a long time.

This was confirmed by Matt Jackson, although whether or not he had insider information on this is unknown.

Before WWE banned their wrestlers streaming on Twitch, AJ Styles hosted multiple streams and took many questions from fans.

One such question was regarding if AJ Styles to AEW was a true rumour or simply made up by the dirt sheets. AJ Styles clarified that there were talks between himself and the Young Bucks, but ultimately AJ Styles decided to stay with WWE rather than sign for AEW.

“The Bucks are my buddies. We never discussed money or anything, but there were talks about coming in.

Matt Jackson would also reveal on Talk ‘n Shop what the plan was for AJ Styles AEW debut on AEW Dynamite.

The original plan was to have the first episode of AEW Dynamite at the famous Madison Square Garden arena in New York, the home of WWE. If AJ Styles to AEW had come to fruition, he would have helped reunite the Bullet Club in AEW as one of the top factions of all time.

“We were originally going to debut AEW Dynamite at Madison Square Garden,” he added. “At the end of our match, the three of you [Anderson, Gallows, and Styles] were supposed to jump the guardrail, and we were going to have a Bullet Club reunion.

UPDATE: AJ Styles has recently signed a new mutli-year, $3 million a year deal with WWE, keeping him at the company for a reported three years. The former WWE Champion has claimed he wished to retire after his current deal is up, seemingly closing the door on a move to AEW in the future