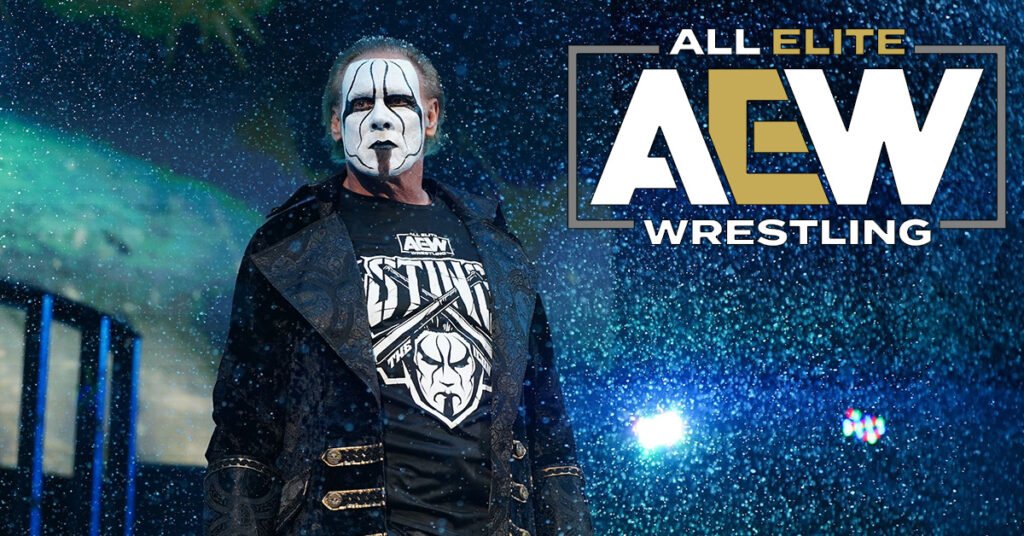 Sting has wrestled in companies like WWE, WCW, TNA and AEW, and has had some incredible in-ring experiences in all. He showed the world how he is a master of his craft over a 40 year career and won 13 World Champions.

Here are all of Sting’s last matches in WWE, WCW, TNA and what we think will be his last match in AEW.

Sting’s WWE run was botched from beginning to end. However, Seth Rollins ended Sting’s last WWE match with an injury that neither men could have predicted. It ended the run of four disappointing WWE matches with Sting last match at Summerslam 2013.

A buckle bomb in the pairs WWE Championship match at Summerslam caused a neck injury to Sting. It made the Icon fall to the ground and was briefly paralysed. He eventually made it up and finished the match, although he would be forced to retire due to the injuries he suffered.

It was Sting last match in WWE and some thought the last of his career.

Sting’s final match in WWE came against his long-time rival and friend, Ric Flair. The Nature Boy was honoured to be “The Icon” Sting last match in WCW on the final episode of WCW Nitro before they were bought out by WWE.

Sting vs Ric Flair condensed all the hits of the pairs matches into one easy to watch match. Both men were a little slower than their peaks, although Sting was in surprisingly good shape, but the match brought back so much nostalgia for WCW fans that it was the perfect last ever WCW match.

There could be no other opponent for Sting last match in WCW than Ric Flair. The pair battled over many years in WCW and would later rekindle their rivalry in TNA, although 10 years later and with much worse results.

Sting last match in TNA was against Ethan Carter III at TNA Genesis Part 1. He took on former TNA Champion EC3 in a match with a special guest referee in EC3’s lackey Rockstar Spud.

The match was a sorry end to a near 10 year run in the company. He had EC3 beaten, but interference from TNA World Champion Magnus cost him the victory and sent him out of TNA with a loss, without making EC3 look good.

Sting is currently wrestling in AEW and shows no signs of stopping, despite being 62 years old. He has formed a great tag team with Darby Allin, a young up and comer who shares his values and love of monochromatic face paint and standing in rafters looking on creepily.

When the Sting last match in AEW is revealed, I’m sure it is going to be against a young star that he will put over whenever he can. It is likely that Sting vs Darby Allin will be the last match for the legendary Sting, although the pair look to have an AEW Tag Team Championship shot at some time in the future.

Who do you think will be Sting last match AEW? Will he ever win the AEW Championship? Let us know in the comments, or to read more click Next Article.