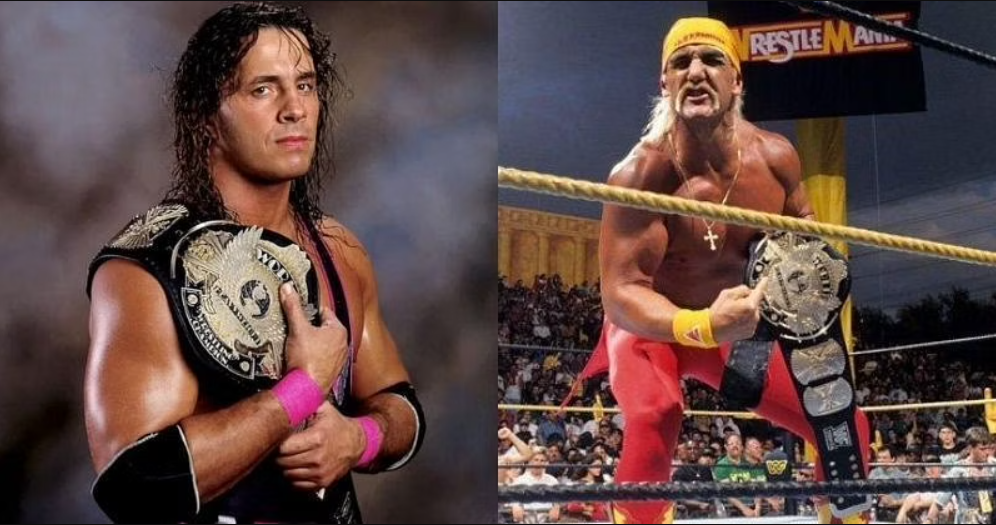 WWE Hall of Famer and Wrestling legend Bret Hart has never been shy about his disdain for Hulk Hogan. In multiple interviews, he has run down the former WWE and WCW Champion, claiming he could not wrestle and that he held Bret Hart down in his runs in WCW and in the WWF. Being one of the best technical wrestlers of all time, Hart knew what he was talking about.

Well, that certainly has not slowed down into either men’s old age. Bret Hart received a star on the Canadian Walk of Fame in December 2021, and as such did a lot of press for his upcoming honours. Speaking to the Calgary Sun, Hart talked about his wrestling career, starting from his time in Calgary, then his move to Puerto Rico, the WWF and WCW.

Hart pointed out that he tried to be the best wrestler he could, and also be a role model for those watching at home and for other workers in the locker room. He has never been shy talking about his career, which was ended by Bill Goldberg when he was kicked in the head in a match in WCW in 2000.

Hart also talked about how Hulk Hogan was on top whilst Hart was trying to break through. Whilst Hart was a master of in-ring storytelling and storytelling, he claims Hogan was “limited” in the ring and that he “didn’t know a headlock from a headlamp”.

“I was really well taught the art of wrestling by two Japanese guys (Mr. Hito and Mr. Sakurada). I was taught how to protect myself and my opponent so he doesn’t get hurt. More important than that, it was all about what I represented. I have an incredible body of work with so many different wrestlers. I was so proud of those matches.

“And all the Canadian wrestlers like Natalya or Edge were influenced by me. I think if you look back at wrestling when it was the Hulk Hogan show. He was six-foot-eight and a one-out-of-three wrestler. He didn’t know a headlock from a headlamp. He didn’t know very much. He knew how to do a clothesline and maybe a body slam. He was very limited.

Bret Hart was honoured with his Canadian Walk of Fame induction and remains one of the most beloved wrestlers to come out of Canada. Multiple current wrestling stars are known to be huge childhood fans of Bret Hart, such as Jon Moxley and Dax Harwood.