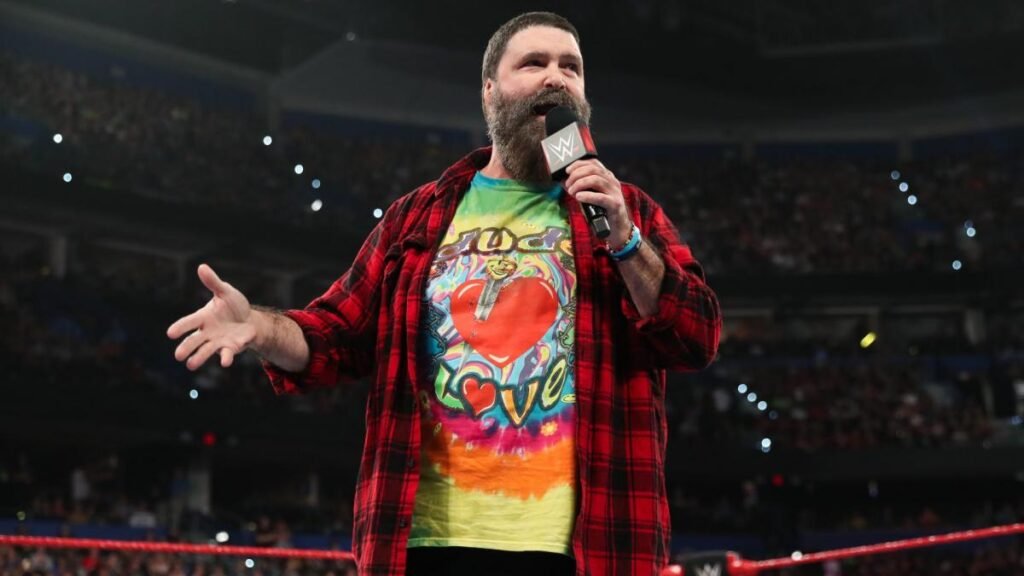 Mick Foley is one of the greatest WWE superstars of all time and a legend of wrestling as a whole. Whether he was under the mask as Mankind, sucking and jiving as Dudelove, causing pain and misery as Cactus Jack or dressing up as Father Christmas as Mick Foley, he has constantly been one of the most entertaining wrestlers of the last 30 years.

Mick Foley is a legend in every promotion he has wrestled in. He became a legend of the deathmatch in Japan, before he became a top star in both WCW and ECW as the maniacal Cactus Jack. He then moved to WWE, where he became the deranged Mankind.

He would later transition in being Dude Love in the WWE, although all three faces of Foley would be used interchangeably over the next few years. He later wrestled simple as Mick Foley, and had some of his best matches under his real name. His hardcore matches against Edge and Randy Orton come to mind as some of Mick Foley’s best matches.

Mick Foley’s last match was was at the 2012 Royal Rumble match. He entered at number 7, after being placed in the Royal Rumble by Raw General Manager John Laurinitis on an episode of Monday Night Raw. He immediately eliminated Primo Colon, and went on to eliminated Epico and Justin Gabriel. He was eventually eliminated by Cody Rhodes, after spending just over 6 minutes in the match.

This was his last match as an active wrestler in WWE. He was scheduled to wrestle a match with Jon Moxley (then known as Dean Ambrose) as Summerslam 2012. The pair started a feud on Twitter, with Moxley even confronting Foley at various public places and contract signings. However, Foley could not get medically cleared for a match against Moxley, so that match never took place

However, while his last official match came at the 2012 Royal Rumble, he had one more win in him in WWE.

Mick Foley was inducted into the WWE Hall of Fame in 2013 at the end of his legendary career. During his induction speech, the Hardcore legend lamented that he was never able to defeat Chris Jericho in a match. The crowd laughed as Jericho leapt up on stage and lay at the feet of Foley.

Mick Foley hesitated before landing a huge elbow on the former AEW Champion, and covered him for the pinfall. CM Punk, who faced the Undertaker the next night at Wrestlemania 29, ran onto stage and counted the three, declaring Mick Foley the winner of this impromptu match.

So, whether you consider the tag match, you Royal Rumble or the imprompt Chris Jericho match, Mick Foley has had an exceptional career with a fitting end. Whichever way you look at it, Mick Foley’s last match was one that nobody expected and shocked the world.

What did you think of Mick Foley’s last match ever? Let us know in the comments or click below to read more