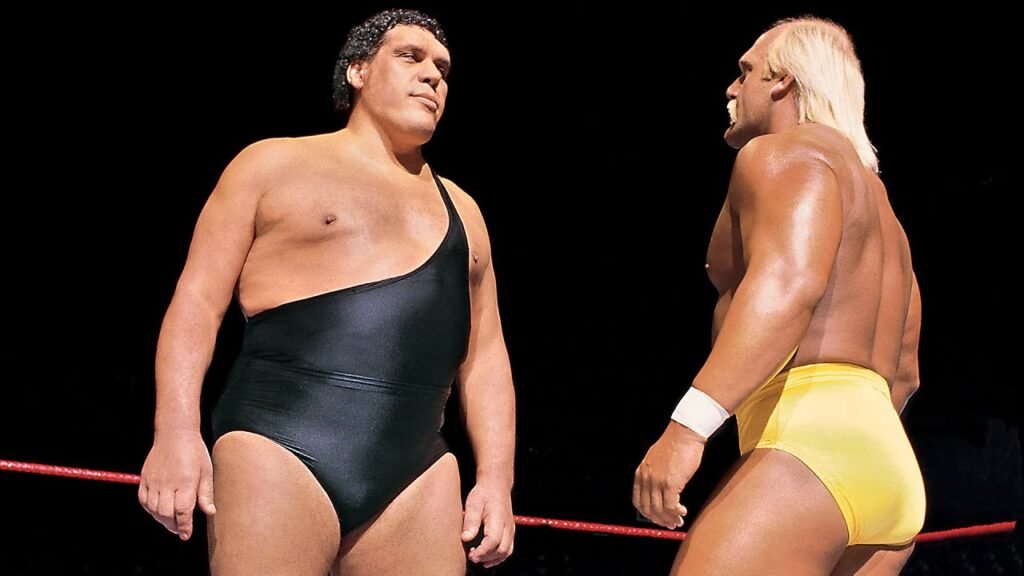 What do you think is the best WWE legends last match of all time?

A wrestlers final match is also an emotional one. Watch a WWE legends last match as he rides of into the sunset, never to grace out TV screens again, can be a hard thing to watch. Some wrestlers can’t stay away, and most (literally every wrestler ever) can’t resist coming back for one more match until his body cannot cope anymore.

Many fans will remember Shawn Michaels last match in WWE. He took on the Undertaker in an incredible match that main evented Wrestlemania 26, and HBK walked off in his prime with his amazing performances long in the memory. Except it wasn’t, because he came back in 2019 for an awful tag team match in Saudi Arabia that was one of the worst WWE matches ever.

Many wrestlers don’t get to end their career on the top, like Shawn Michaels had the chance too. Many are let go by WWE, and carry on wrestling on the independents until long after their career should have ended. This is where some of the WWE legends last matches have been. Some of those matches were seen by 100s of people in tiny gyms, a far cry from the 100,000 fans at Wrestlemanias.

Mick Foley’s last match was a tag team match where he teamed with Terry Funk to take on Roddy Piper and Bob Orton in Juggalo Championship Wrestling.

Whilst Mick Foley did make an appearance in the 2012 Royal Rumble, as previously mentioned we will not be considering that as his last actual wrestling match.

Many of you will be thinking that his battle against Ric Flair in TNA was the Hardcore Legend’s final match in wrestling. Unfortunately, you would be wrong.

The final match of the long and illustrious career took place the year following his battle with Ric Flair. It came in Juggalo Championship Wrestling, the hardcore promotion ran by the 90s hip-hop group Insane Clown Posse. It was a strange place to end Mick Foley’s career, but fitting that it came in the promotion inspired by the legendary ECW promotion.

The match itself was star-studded. Mick Foley teamed up with Terry Funk, taking on the WWE Hall of Fame duo of ‘Cowboy’ Bob Orton and ‘Rowdy’ Roddy Piper. The event itself was billed as “JCW Legends & Icons” and featured huge match ups such as the Rock ‘n’ Roll Express vs the Midnight Express, and the dream match of NWO vs DX.

The show was main evented by Orton/Piper vs Foley/Funk, with the former team picking up the win. It was a lacklustre match that barely lasted four minutes, but sent the crowd home happy having seen four legends of the ring competing together one last time.

Ric Flair’s last match of his career was against his long-time rival, Sting. Whilst it was not on the grand WCW stage where they had faced off on the last episode of WCW Monday Nitro, the pair still wrestled in front of a hot crowd in the main event of a TNA Impact episode.

With both men well past their prime, it was not a great match at all. Flair was past it when the pair faced off in 2001, so 10 years later the match had very little chance of pulling out a classic from the two. Sting was in much better shape than Flair, who had retired in WWE three years prior.

Ric Flair’s last match in TNA against Sting was sad to watch. He was old, slow and simply did not have the incredible in-ring ability in the ring. He failed to do the simplest of moves to Sting, and even injured his tricep badly on an unnecessary Suplex spit.

It took Sting to very gingerly apply a Scorpion Death Lock to force Flair to tap out and mercifully put an end to the long past it career of the legendary Nature Boy Ric Flair. Ric Flair vs Sting was one of the best feuds of all time, with one of the saddest endings ever.

One of the biggest stars, both literally and figuratively, in wrestling history is the iconic Andre the Giant. The Frenchman who suffered with gigantism was one of the most beloved wrestlers all the way through his career, being the gentle giant in real life who could destroy anyone who he wanted to in the ring.

Due to his condition, he knew he did not have as long a lifespan as a man of regular size. Into the 1980s, his condition began to deteriorate, and even during his Wrestlemania 3 bout against Hulk Hogan he was no-where near his prime wrestling condition.

The wrestling and WWE legends last match of his career came not in the WWF, but instead abroad in Japan. Andre the Giant’s last match came in AJPW, teaming with Giant Baba and Rusher Kimura to defeat Haruka Eigen, Masanobu Fuchi, and Motoshi Okuma on Day 19 of the 1992 World Tag League.

The legendary Frenchman died just one month later in a Paris hotel room. Congestive heart failure was found to be the cause of his death, his condition the root cause to his heart issues. He died at the age of 46, and was the first man to be inducted into the WWE Hall of Fame in 1993, as the first inductee just a year after his death.

He remains the only man to be the sole inductee into the WWE hall of fame during the year of his induction.

Umaga was an incredible wrestler in character in WWE. He was the monstrous Samoan monster who decimated anyone who dared cross his path. Umaga was one of the many characters portrayed by Eddie Fatu, but was definitely the most memorable and the one he will be best remembered as by WWE fans.

Umaga’s last WWE match came against CM Punk. The pair faced off in a Samoan Strap match, one of Umaga’s signature matches, at Extreme Rules 2009. Umaga would lose to CM Punk, who had just the Money in the Bank briefcase, and was released soon after due to breaking the WWE Wellness Policy by failing a drug test.

He would soon move onto the independent scene. Under the name Uso Fatu, he would sign up for the Hulk Hogan Hulkamania Tour of Australia in 2009. On the tour he would wrestle a number of matches, including defeating WWE legend Brutus “The Barber” Beefcake.

Umaga’s last match was against Mr Anderson on the Hulk Hogan Hulkamania tour, in Sydney, Australia. Just one week after that match, Umaga was found in his home unresponsive and with blood coming from his nose. He was rushed to hospital, but died later that day after multiple heart attacks. He was only 36 years old, and a combination of drug use and heart issues was found as the cause of his death.

‘The American Dream’ Dusty Rhodes‘ last match in his career was in 2010 when he teamed with his sons Cody Rhodes and Goldust in FCW, to face Caylen Croft, Curt Hawkins, & Trent Barreta.

Dusty Rhodes was a trainer and commentator in FCW, whilst both Cody Rhodes and Goldust were stars in the main roster in WWE. The match was Dusty Rhodes first in 3 years, and was reportedly booked because The American Dream wanted to tag with both his sons just once in his life.

He had previously tagged with Goldust (Dustin Rhodes) multiple times in WCW, whilst he teamed with Cody Rhodes in FCW in 2006, defeating Idol Stevens (Damian Sandow) and KC James.

Did you know about these WWE legends last match? Let us know in the comments which is your favourite or click below to keep reading