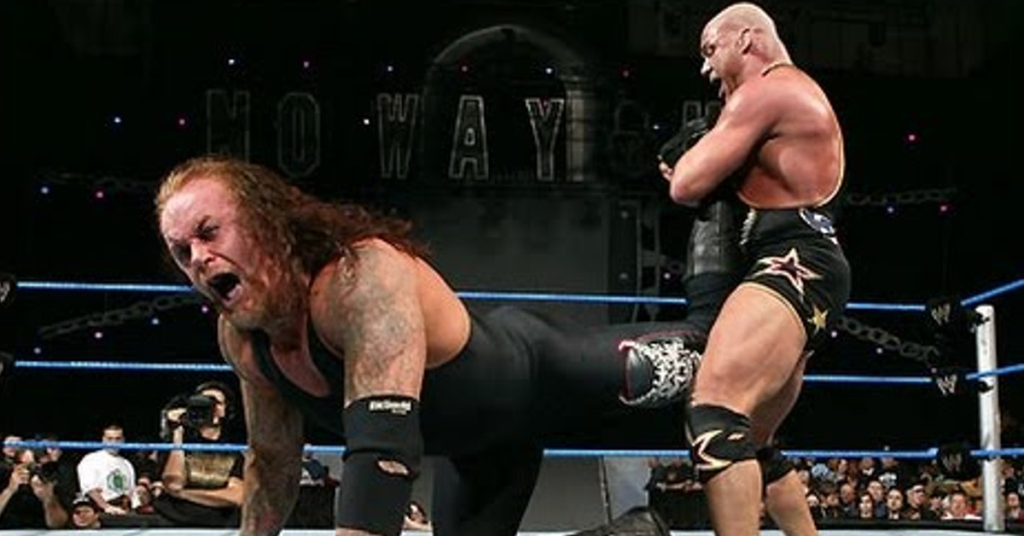 Here are the top 5 wrestlers who were rumoured to take on The Undertaker at Wrestlemania, but never did.

Is the Undertaker Dead?

The leader of Nexus was pegged to take on The Undertaker in a one of the marquee matches at Wrestlemania 27. Wade Barrett was set to take on the Deadman at Wrestlemania that year, with the Englishman being considered to be the man to break the Streak.

Barrett had begun feuding with Undertaker the previous year. He helped the Undertaker’s brother, Kane, in defeated the Deadman in a “Buried Alive” Match. The match took place at Bragging Rights 2010. The match saw the Nexus attacking the Undertaker and helping Kane to bury him alive. It marked the end of Undertaker’s full time run. It was his last non-Wrestlemania pay per view match until Summerslam 2015.

Reports told that Wade Barrett was meant to take on the Undertaker that year, as retribution for burying the Deadman Alive. The match fell through unfortunately. The Undertaker went on to face Triple H at Wrestlemania instead, in one of the best matches on the card.

Abyss is one of the legends of the golden age of TNA. He helped build the company as the monstrous Abyss, and was definitely not just a knock off of Mankind. Abyss never had a run as a wrestler in WWE, but does now work behind the scenes as a producer for the company.

However, in 2006, Abyss turned down a chance to face the Undertaker at Wrestlemania. The plan was for the Wrestlemania 22 match, where Undertaker faced Mark Henry, to have The Deadman against The Monster in a huge match.

Abyss spoke about turning down the offer, opting instead to re-sign with TNA.

Another match that was being contemplated for Wrestlemania 22 is a match that took place just a month prior.

Kurt Angle was the World Heavyweight Champion, and going into No Way Out 2006 expecting to defend his title against Rey Mysterio and Randy Orton, whilst Undertaker would go on to face Mark Henry.

The pair faced out at No Way Out instead, and proved Undertaker right. It was one of the matches of the year, and Kurt Angle defended his championship in a match fit for both men’s storied careers. Undertaker reportedly wanted Angle to end the streak at Wrestlemania, showing how much he respected the Olympic Gold Medalist.

Sting vs The Undertaker is a dream match for any wrestling fan. The two men were the loyal soldiers to their brand in the Monday Night Wars, and fans never thought we’d see the pair step into the ring.

However, WWE did in fact try to convince Sting to come in for a match against the Deadman at Wrestlemania 27. Sting revealed in an interview that a match and Hall of Fame induction was offered to him during his time in TNA, but the former WCW Champion refused the offer.

“Something in me never trusted what would happen up there, based entirely on the track record with other WCW guys and everything that went on after Vince bought WCW” Sting said, parroting previous claims that he was wary of Vince McMahon’s booking of former WCW stars.

WWE even began to air vignettes that seemed to indicate the Sting was coming into the company. The vignette clearly respresented Sting, with the man of his build wearing his classic trenchcoat and holding his trademark bat. They later revealed the man in the video to the be The Undertaker, but it seems obvious that the original intent was to debut Sting in the WWE.