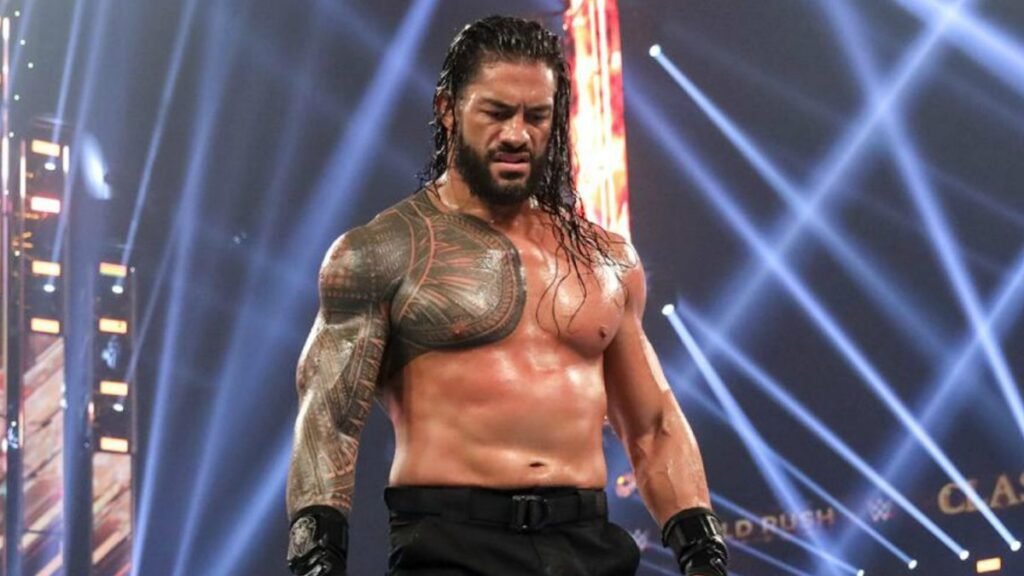 Why was Roman Reigns suspended for drug violations in 2016?

In June 2016, Roman Reigns was suspended 30 days for violating the WWE wellness policy.

It was reported that the now WWE Champion had been taking Adderall, a banned substance in WWE without a prescription.

He was absent from television for 4 weeks, and missed the build for the long awaited Shield WWE triple threat match, at Battle Ground 2016.

But the real question is why was Roman Reigns suspended? Was there more to the story?

Why was Roman Reigns suspended?

Why was Roman Reigns Suspended?

Who is Roman Reigns?

Roman Reigns is a WWE Superstar, and is currently the Universal Champion. He came through the WWE development system NXT, before debuting on the main roster as part of The Shield.

The Shield were a wrestling stable, consisting of Roman Reigns, Seth Rollins and Dean Ambrose (now known as Jon Moxley). The trio were instantly thrust into the WWE main event scene, and were instant stars.

The Shield put on some of the best six man tag matches in WWE history. They had high profile feuds with the likes of CM Punk, the Rock, the Wyatt family and Evolution. They became some of the best wrestlers on the roster during their time together, winning multiple championships.

Roman Reigns went on to become a multiple time world champion. He has a long time feud with Brock Lesnaer, who will face him at the next Saudi Arabia show.

In 2014, Seth Rollins attacked Roman Reigns and Dean Ambrose, breaking up the team. The three would eventually feud with each other over the years, and each man would become a world champion.

Roman Reigns was the most succesful out of the trio, winning multiple championship, a royal rumble and main eventing multiple Wrestlemania’s. He is currently the Universal Champion, which he has held for over a year.

Why was Roman Reigns suspended?

Roman Reigns was suspended by WWE just after Money in the Bank 2016. He had lost the WWE Championship to Seth Rollins, who in turn lost it to Dean Ambrose. This set up a Shield triple threat for Battleground 2016, with the winner becoming the WWE Champion.

However, Roman Reigns was suspended by WWE two days after Money in the Bank 2016. Unfortunately, WWE claimed that Roman Reigns had violated the WWE wellness policy, and would be prohibited from competing in WWE for 30 days. Luckily, this meant that Roman’s suspension would end before Battleground 2016, letting the Shield triple threat go on.

Roman Reigns put out a statement on his twitter and apologised for his suspension. However, the banned substance is is reported to have taken has never been revealed.

Ricardo Rodriguez, the now-imprisoned former owner of the Wellness Fitness Nutrition company based out of Miami, claimed that Reigns was one of the athletes that he had been supplying with anabolic steroids. There had long been rumours that Reigns was on some form of drug, including someone impersonating Dominik Mysterio online, but there was never any proof until Rodriguez accusation.

Reigns was quick to dispel these claims, saying that “I have never heard of Richard Rodriguez or Wellness Fitness Nutrition” (Note: This was not former WWE Superstar Ricardo Rodriguez, who manager Alberto Del Rio). Then Reigns then went on to say that “I learned from the mistake I made nearly two years ago and paid the penalty for it. Since then, I’ve passed 11 tests as part of WWE’s independent drug testing program.”

So that is why Roman Reigns was suspended from WWE.

Reigns was brought back for the Shield triple threat at Battleground, but it was won by Smackdown’s Dean Ambrose. Ambrose is now going by the name Jon Moxley in AEW, while Rollins and Reigns still perform on WWE tv. Reigns recently took time off to deal with his Leukaemia, before luckily battling it into remission

He won the Universal championship from Bray Wyatt at WWE Payback in 2020, and has held the title ever since. He has aligned with his cousins the Uso’s and he has proclaimed himself to be “The Chief” and “Head of the Table”.

To read about a potential Roman Reigns vs the Rock match, click this link.

However, if you are a fan of AEW, check out Bryan Danielson vs Kenny Omega, or the AEW Video Game Legends.