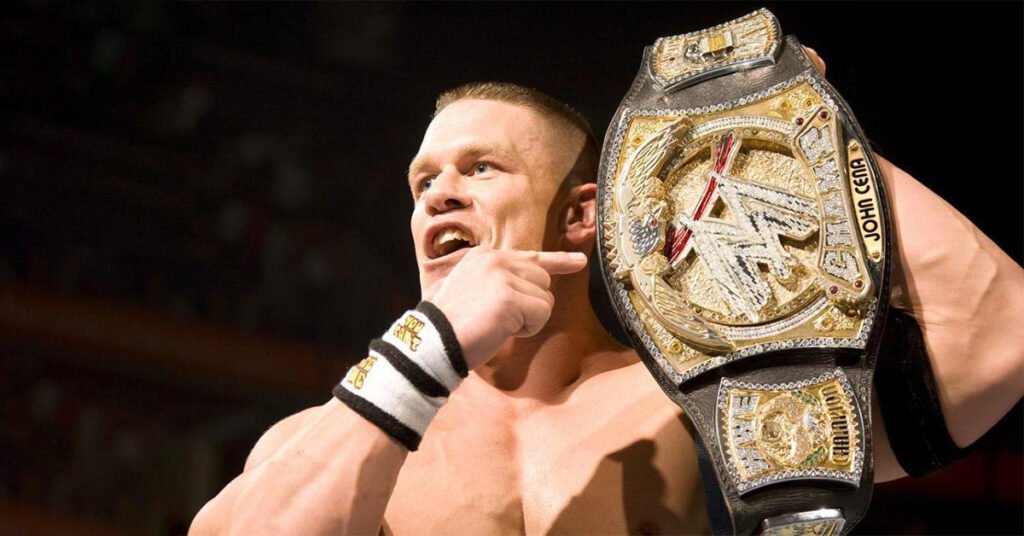 WWE from the mid 2000s to the mid 2010s had a problem. They had a dearth of main eventers, after years trying and failing to build up their mid card talent to main eventers. Multiple attempts to push budding talent into the main event was fumbled, sometimes even quashed by the champions of the time not believing in them. Many talent went from having the “future WWE Champion” label to slogging it out on the pre-show or even trudging around the independents. There were a number of WWE Ruthless Aggression stars who should have been WWE Champion, but WWE dropped the ball.

Some of the these stars have re-emerged in recent years, older and wiser and have impressed Vince McMahon. Stars like Bobby Lashley and Drew McIntyre returned to WWE to claim World Championship gold, but most weren’t so lucky. Here we will go through which WWE Ruthless Aggression stars who should have been WWE Champions. If you have some favourites in here that didn’t make the list, leave a comment below!

WWE Ruthless Aggression stars who should have been WWE Champion

The loudmouth from Green Bay, Wisconsin looked to be a sure thing in WWE in his ring. He was unmatched on the microphone, with his memorable self-announcement for every entrance one of the most original things in WWE at the time. A sole United States Championship was Mr Kennedy’s only championship win in WWE. He did also become the third man to win the Money in the Bank briefcase, which almost guarantees a world championship victory.

However, Mr Kennedy suffered an injury not long into his Money in the Bank reign. It was feared he would be out for up to seven months due to a torn tricep. WWE decided to have him lose the Money in the Bank contract to Edge in May 2007, due to this injury. Edge would go on to cash in the contract on the Undertaker, to win his first World Heavyweight Championship.

In a cruel twist of fate, Mr Kennedy’s injury was not as serious as once thought. Te

Ken Kennedy would not do much after his injury scare in WWE. He would be released two years later in 2009, and never wrestle again for WWE. Kennedy claims that it was Randy Orton who got him fired. He cited a botched backdrop which apparently injured Orton as the reason Orton complained to management about the Green Bay native. Orton’s influence was so great that Kennedy was fired, and would not resurface in WWE again.

Kennedy would go on to win world championship gold in TNA, but would never win the big one in WWE. For whatever reason, he has never returned to WWE, not even for a one off Royal Rumble appearance.

Some may argue that John Morrison WAS a world champion in WWE. I would partially agree. It was during his reign as ECW Champion where the championship stopped being referred to as the “ECW World Championship”, so you could argue that when he first became champion he won a world title.

However, that is being pedantic, and lets face it, he wasn’t a world champion. JoMo as he was referred to, was one of the flashliest wrestlers in the ring during his first run with WWE. He incorporated parkour into his in ring style, and leveraged that into some incredible Royal Rumble-saves. He was making crazy Royal Rumble saves before Kofi Kingston took the mantle, and showed incredible speed and agility in doing so.

Check out some crazy John Morrison moments in WWE

Morisson struggled on the mic at times, but showed in his partnership with the Miz he could more than pull his weight in promo’s. John Morrison was simply never in the right place at the right time. His in ring skill was some of the best, but he was always just behind some other superstars when it came to being the next big star.

The likes of CM Punk and Jeff Hardy took his spots and improved on them, stopping his movement into the main event. Some have argued that he could have been WWE Champion instead of the Miz, or even beaten him for the championship.

The same can be said for his current run. The Miz cashed in his Money in the Bank contract on Drew McIntyre to become a two-time WWE Champion. However, many fans thought that it should have been Morrison, who had improved greatly since his first run. The time is not over for Morrison to become WWE Champion, but is looking less and less likely as the years fly by.

WWE fans nowadays will know MVP as the leader of the Hurt Business and the mouth behind Bobby Lashley’s WWE championship run. MVP was one of the hottest prospects of the mid 2000s in WWE.

His “Most Valuable Player” gimmick drew the ire of the fans, and he was one of the hottest heels on Smackdown. He had an excellent feud with Chris Benoit, which culminated in a United States Championship win at Wrestlemania 23.

He then went on to feud with Matt Hardy in one of the best midcard feuds of all time. The pair competed in various competitions to show who was the best. Boxing, Basketball and Beer drinking, nothing was off limits to those two. The pair also won the WWE Tag team championships together, making MVP one of the most decorated men on Smackdown.

However, WWE never really ran with MVP in the main event. He had one shot at the WWE Championship, as one of five men in a Championship scramble match. He would never taste the main event again, eventually being released in 2010. MVP did have success elsewhere though. He was also Bobby Lashley’s trainer in TNA, helping him become a world champion there too. He was also the first ever holder of the prestigious IWGP Intercontinental Championship.

I have written at length at how King of the Ring William Regal should have been WWE Champion. It’s basically a fact at this point. He was at the peak of his powers and nobody could touch him, on the mic and in the ring.

William Regal was set to become the WWE Champion, but his own bad habits and behaviour let him down. He lost his Raw General Manager status in a match shortly after winning King of the Ring, disappearing from TV due to breaking the WWE wellness policy.

He would go on to win the Intercontinental Championship later in his career. However, his WWE Championship dream would end in 2008, and we can only look back and think “what if”.

William Regal is now the head trainer in NXT. His son, Charlie Dempsey, has recently made his debut in NXT. He looks to carry on his fathers legacy, and maybe achieve the dream that William Regal never could – the WWE Championship.

Who do you think should have been WWE Champion in the Ruthless Aggression era? Who should have joined Triple H, John Cena and Jeff Hardy as World Champion in WWE? Let us know below what you think in the comment section!