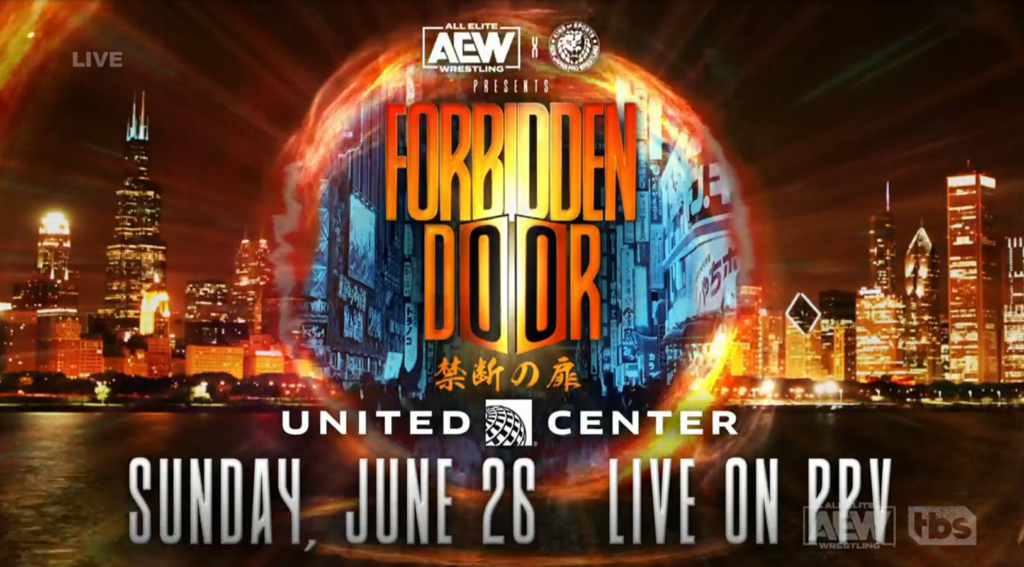 AEW and NJPW jointly announced Forbidden Door, a pay per view on June 26 2022 that pits AEW and NJPW together in the ring. Whether or not the matches will be strictly AEW vs NJPW is currently unknown, but it is likely that some huge inter-promotional bouts are set to take place at one of the biggest shows in company history.

Fans have long speculated some huge matches to take place at the event, and we are no different. Keep reading to find out which matches I think could, and should, be a part of the Forbidden Door PPV between AEW and NJPW.

Bullet Club vs The Elite

Despite Jay White being closely associated with the Undisputed Elite on AEW Dynamite, it seems likely Switchblade will lead his Bullet Club against The Elite at Forbidden Door. As the first AEW vs NJPW, it will be the perfect match to showcase the two styles of the promotion with some of the best workers on the planet.

The Young Bucks teaming up with Adam Cole to take on Jay White and Taiji Ishimori & El Phantasmo would be a match of the night contender on any show. With two sets of former IWGP Junior Heavyweight Champions battling it out, with a NXT Champion and IWGP Heavyweight Champion would make an iconic match that fans never thought they’d see.

Bullet Club vs The Elite would be a perfect opener for a top-class card, and would help the crowd get hyped for the rest of the matches on Forbidden Door.

A match that has been heavily teased by one man on Twitter in CM Punk vs KENTA. KENTA in NJPW has called out CM Punk many times, not only on social media but in NJPW post match press conferences as well. KENTA is credited as the creator of the Go-2-Sleep, the finishing move also used by CM Punk.

This sets up a match between the two based over who is the true master of the move, an easy story to tell that could make for a fantastic match between two of the seminal workers of the mid 2000s and beyond.

A match between two of the all time greats of wrestling has to be a must for Forbidden Door. With Kenny Omega out injured, only one man has to be considered to face the IWGP Heavyweight Champion – Bryan Danielson.

The American Dragon is maybe the greatest American wrestler of all time, with Okada considered to be one of the greatest Japanese wrestlers. A battle between the two would be guaranteed to be a five star classic even before the match begins. It is a dream match for many, including Kazuchika Okada himself.

Who else to take on the AEW Champion other than The Ace of the Universe himself, Hiroshi Tanahashi. Tanahashi was vocal about wanting to take Page under his wing in NJPW, away from the “poison” of Bullet Club when Page was just the Young Lion to Kenny Omega in the group.

Now risen to the top of AEW, Adam Page can prove to Tanahashi that he was not poisoned by Bullet Club, but instead rose above his rivalry with The Elite and Kenny Omega and fulfilled the potential Hiroshi Tanahashi saw in him as a young lion.

Whoever said comedy in wrestling wasn’t a legitimate art style has never seen Toru Yano and Orange Cassidy. They are both some of the greatest wrestlers in the ring who wrestle that style, and few can match their in-ring prowess when it comes to wrestling.

Toru Yanu is a constant thorn in the side of anyone he faces in the G1. He has stolen wins from even the top stars of NJPW like Kenny Omega and Hiroshi Tanahashi with his incredible method of constantly cheating no matter how much it costs him.

Meanwhile, Orange Cassidy’s “sloth style” became one of the best gimmicks in AEW. With glimpses of incredible in ring ability, he has showcased himself as a potential top star in AEW, even competing against Kenny Omega and PAC for the AEW Championship at Double or Nothing 2021.

What AEW vs NJPW dream match do you want to see at Forbidden Door? Let us know in the comments or click below to read more 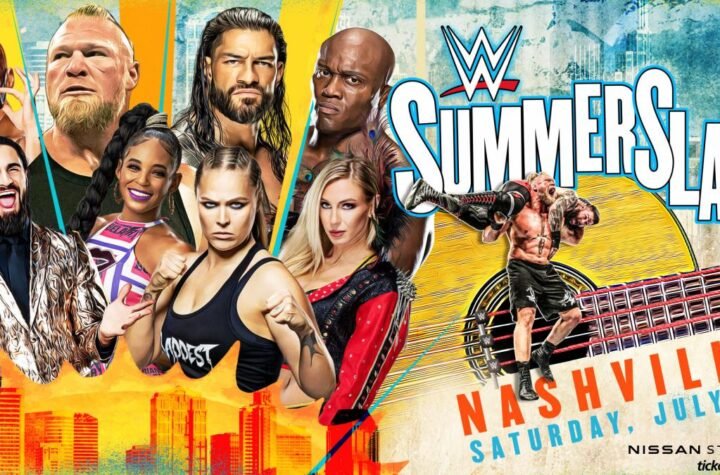 May 21, 2022 Hamish Woodward
Along with Wrestlemania, Royal Rumble and Survivor Series, Summerslam is one of WWE’s “big...