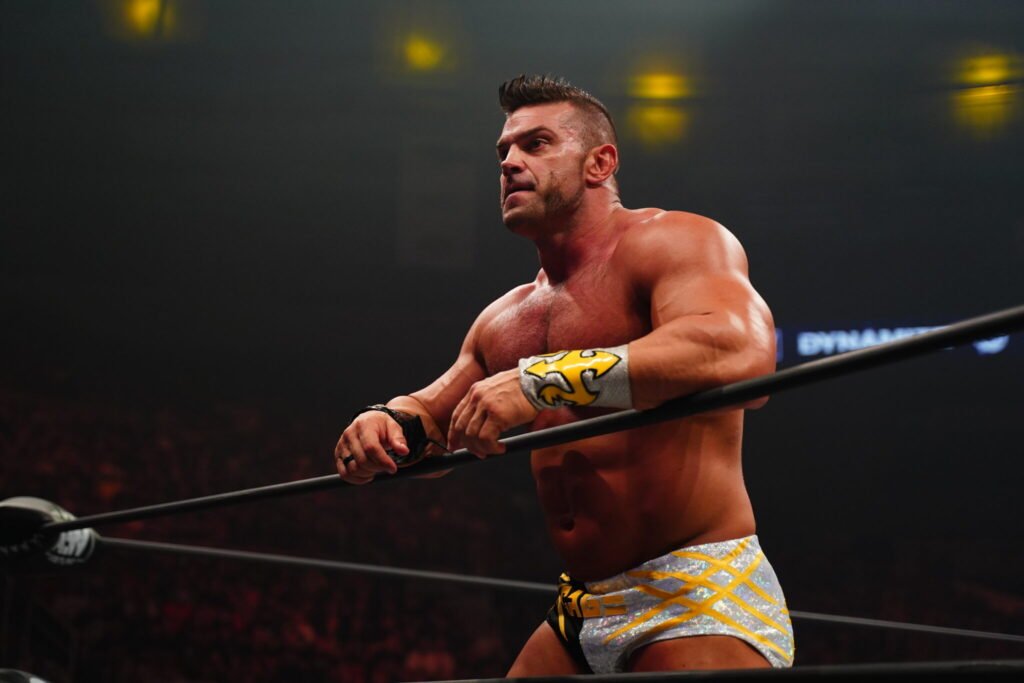 Brian Cage has been the talk of the wrestling world in recent months. He has not been seen on AEW TV in nearly six months, and many fans expected him to leave AEW this spring when his contract expires.

However Tony Khan extended his existing deal, and reportedly has a “plan in place” for the former FTW Champion’s return to AEW.

Brian Cage AEW return will be the first time fans get a glimpse of the star in AEW since October. His last match was loss suffered to Ricky Starks in a Street Fight on AEW Rampage, after Will Hobbs interfered. It is unknown why he has been kept off AEW TV for so long, but looks set for an AEW return for Brian Cage soon in the future.

On an episode of the Going Broadway podcast, Brian Cage spoke about his AEW return, and revealed Tony Khan has “a plan” for his return, but refused to give any details in a sheepish manner.

“There is a plan. I guess that’s about as much as I can throw around out there. We’ll wait and see.” Cage said.

Brian Cage then went on to mention that there were many matches he still has left in AEW. He talked about there being many people he still wants to face on AEW Dynamite and Rampage, given the amount of new talent that have joined AEW in the past year, notably the likes of CM Punk and Bryan Danielson.

The former FTW Champion also noted that he’s pitched several ideas to Tony Khan and the AEW team during his absence from TV, and reckoned that a combination of his and AEW’s ideas are the current plan that AEW have for Brian Cage’s AEW return at some point in the near future.

What do you think about the impending Brian Cage AEW return? Who do you want to see The Machine take on first? Let us know in the comments or click below to keep reading